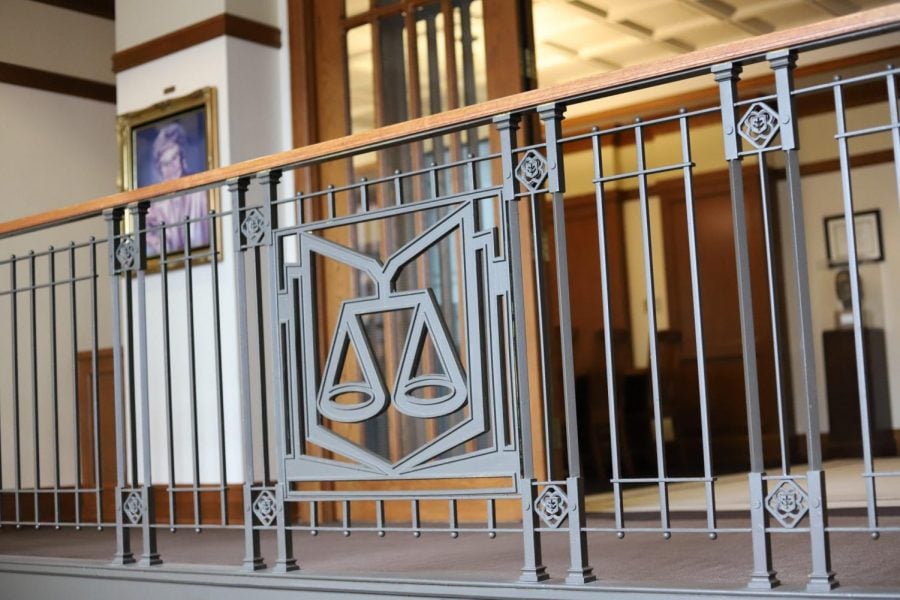 The Law School’s library provides a silent haven for students interested in taking the LSAT.

Just this past weekend, prospective law students at DePaul and across the country took the Law School Admission Test on tablets in place of paper and pencil for the first time in the exam’s 71 years as the standard for law school admission.

The Law School Admission Council, who administers the LSAT to prospective law students every year, announced the schedule to incrementally phase in the new digital format in place of the traditional paper test last October.

They initially had groups of test-takers use the new digital format in a complete practice setting to work out any glitches before actually administering scores. Then in July, test-takers arrived to their testing site and were randomly assigned either the paper test or the digital one as a way to ensure the scoring was entirely comparable between the two methods, which it was, according to LSAC. As a result, they initiated the switch to fully digital starting with the September test period, which means last weekend’s test takers were the first official group of this new LSAT era.

After following the changes to the LSAT over the past year, Glenn Stohr, Kaplan Test Prep’s senior manager for instructional design and an LSAT teacher for over 20 years, sees the digital format as presenting nothing more than another tool for students to use to succeed.

“The content of the test hasn’t changed at all. All the practice that you did on paper in terms of understanding the questions, understanding the formal logic or logic games or doing your logical reasoning and analysis of arguments, all of that is still perfectly good.”

“The student who will be at the disadvantage will be the one who does not take the time to get familiar with that digital interface,” Stohr said. “Get familiar with it, understand the strategies that you’re going to use to make it more efficient and more effective for you.”

For current law students at DePaul, who took the traditional paper test to gain admission into our law school, the digital format offers little to be desired.

“I think it might make it more convenient for them but I doubt they’ll make any changes to the time allotted. I just feel like I focus better when I can see it on paper in front of me,” said second-year law student Evan Stang. “Especially when you need to draw diagrams and things, it’s better to have it directly next to the question.”

Similarly, third-year law student Nicolle Schlegel would not choose a digital exam over a paper one. “For all the multiple choice, I just feel like it’s better to be able to write your thoughts out on the same paper,” Schlegel said.

“Make no mistake, it’s a big deal and students have to get ready for it because it’s an important test. But I think it’s easy to overdo it and make it more intimidating than it actually needs to be,” Stohr said.

For the LSAC itself, the new testing format presents the possibility for quicker scoring, ultimately giving even more students the chance to take the test and possibly improve on a past score.

“The speed and ease, and even environmental advantages of not printing thousands of test booklets and shipping them all across the country, allows them to do more test days every year,” Stohr said. “In the past, they could only run the test four times per year. In this testing cycle they’ll go to nine.”

“On the one hand I have to tell students that this is the most important factor, this is the biggest deal in your application. But instead of thinking about it as a negative, my message is to think of it as an opportunity. Think of it as a positive,” he said. “Can you do the work to improve step by step up that ladder? Because each time you do, you are changing your future.”