Students pick classes based on ‘Rate My Professor’ 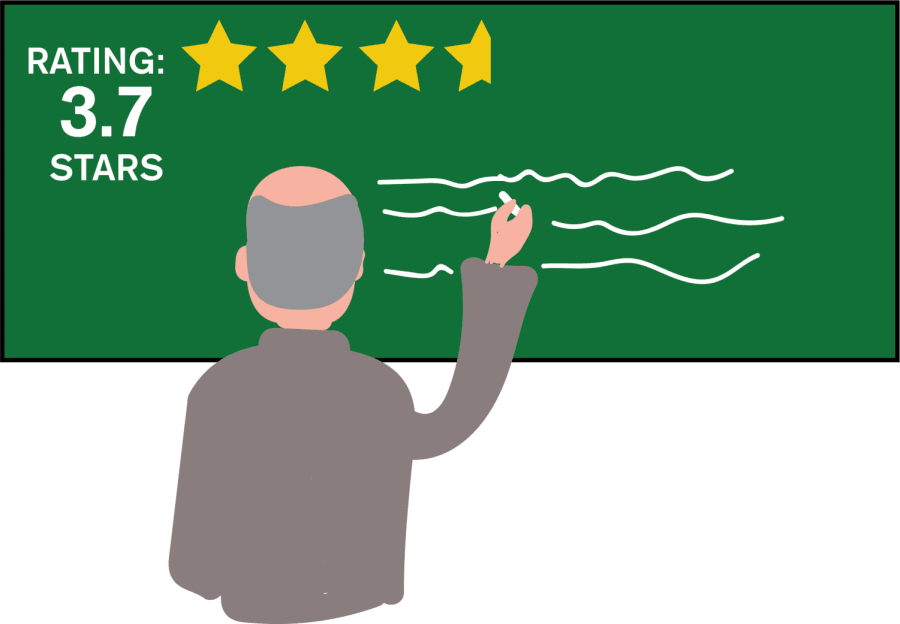 Every term, students are asked to do professor evaluations for every class taken. These evaluations are not made public to DePaul students; they are only shown to the professors themselves and their superiors. With these evaluations kept private from students, “Rate My Professor” lends a helping hand in picking the right professor.

“Rate My Professor” launched in May 1999 and has grown to become a trusted site among students all over the country. It has become the largest online destination for professor ratings, according to the site. There are over 19 million ratings, 1.7 million professors and over 7,500 schools on the site.

DePaul’s professor evaluations give students a chance to rate their professors on many subjects, such as if they were following the syllabus, how easy it is to get help on assignments if they were organized and more. Toward the end, students can actually type in improvements they would like professors to make.

Seth Horning, an academic adviser in the College of Communication, doesn’t necessarily think students would stop using the site even if teacher evaluations were public.

“The evaluations are a bit denser and more difficult to read,” he said. “You have to spend more time on the evaluations, and they don’t really give the same context and discussion that “Rate My Professor” does with the user comments. I think students would still gravitate toward the simplicity and ease of use the website offers overall.”

Being able to choose the best courses and professors is something on top of every student’s list when that email hits their inbox, saying it’s time to pick classes.

“I use ‘Rate My Professors’ every time I’m deciding what classes to sign up for,” said Madi Garci, a sophomore at DePaul. “Before I put a class in my planner, I check the professor’s rating on the site to see how past students have liked them.”

Students rely heavily on the site to help make sure their class experience will be top-notch. But not every rating is as accurate as it seems. Horning thinks students should use the site with caution.

“For one of my first classes freshman year here at DePaul, I took WRD103,” Garci said. “The professor had a solid 4 on the ‘Rate My Professors’ site, so I trusted that it would be a good class. However, after a few class sessions, I began to dread the class because the professor had no idea what they were doing. Class time was constantly wasted, and I learned absolutely nothing from the class the whole quarter. The reason the professor had such great reviews was because the class was so easy, and they gave out an A to everyone who showed up for class.”

As with most review sites, some people just make reviews to make reviews, with no real substance behind it. Some students who didn’t try may leave a review out of anger or maybe even not liking a professor’s learning style.

“When there is only one choice available, I think it is more harmful than helpful,” Horning said. “A student may get a bad impression of a professor and make assumptions about that professor that only serves to cause unnecessary anxiety about the class. The student may find that the class goes perfectly well and was worried for no reason based on feedback from a few disgruntled students.”

Students overall have had great success in using the site, saying it has been pretty accurate. With so much success, the site has expanded to Canada and the United Kingdom.

Galen Deats, a sophomore at DePaul, said the site has been most helpful and gave him a great starting point when beginning his college career.

“The ratings on ‘Rate My Professors’ are by and largely accurate,” Deats said. “So far in my college career, I have managed to largely avoid subpar teachers except in situations where I had no other choice, and I credit this largely to ‘Rate My Professor.’”

With new groups of students entering college, the site’s success will continue with every year passing. Students will continue to rely on evaluations made by them and for them.