Phora thanks Chicago after September show

The band performed at Subterranean Hall for their ‘day-one’ fans 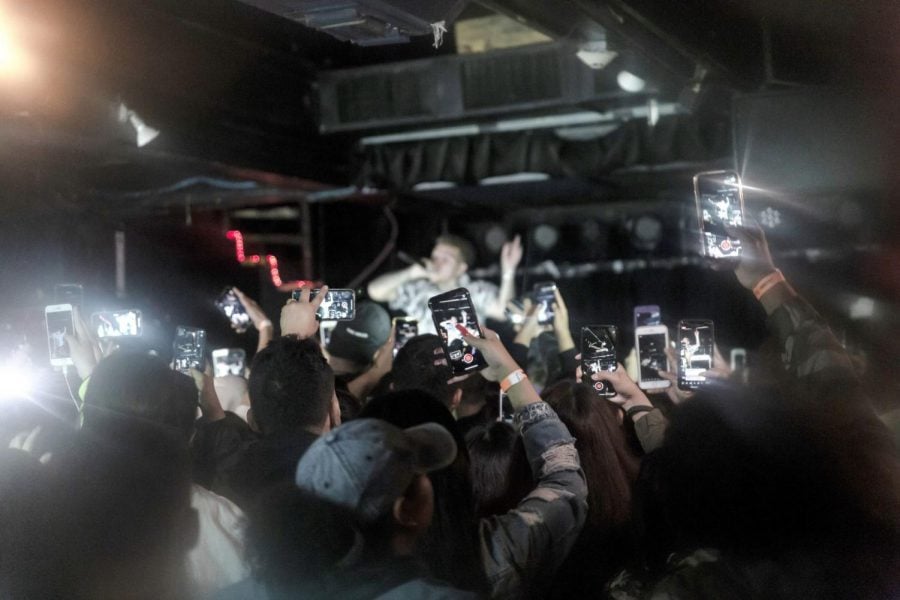 The crowd for Phora’s show at Subterranean filled the room on Sept. 22 and held their iPhones up high, recording while cheering for the lead singer, Marco Anthony Archer.

Hip-hop and R&B artist Phora came to Subterranean Sept. 22 to close out his Bury Me With Dead Roses tour, determined to put on a memorable show for Chicago. The bit of rain didn’t stop a few hundred fans from lining up and wrapping around the corner past the Subterranean property. When the doors finally opened, the audience flooded in and was welcomed with an opening set. Phora quickly made his way down the infamous steps to center stage, and fans packed tight to see the artist perform. While Phora ran through some of the notable tracks from “Bury Me With Dead Roses,” such as “On My Way” and “Blame on Me,” fans quickly understood that it’d be a very interactive concert. Phora fed off the crowd’s energy, and the intimate venue made it a memorable night. Phora repeatedly acknowledged that he had plenty of day-one fans in Chicago, and those day-ones were sure to appreciate this impressive night of music.

Correction 10/07/2019: A previous version of this story incorrectly said the artist was California-based.