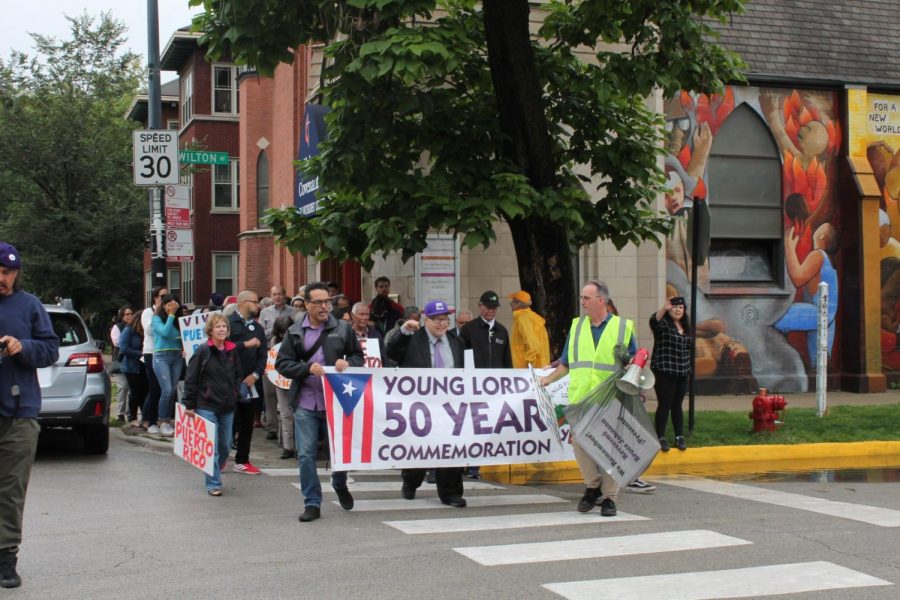 Community members, Young Lord activists, and plenty others join one another at Holy Covenant Methodist Church near the Diversey Brown Line station for a Peace March that followed a call to worship at Holy Covenant.

Young Lords activist and members of the Holy Covenant Methodist Church met on Sunday morning to host a memorial service for the fallen Young Lords and Pastor Bruce and Eugenia Johnson. The memorial was held on the fiftieth anniversary of the slaying of the Johnsons who were found dead in their parsonage by their young children.

Bruce Johnson was stabbed 19 times and his wife Eugenia was stabbed 14 times, the case has never been solved. The Johnsons hosted the Young Lords, the former gang turned activist group, at their church before they were slain in 1969. Jose Cha-Cha Jimenez, the founder of the Young Lords spoke about how the Johnsons opened their church doors for the group when they so easily could have kept them closed like so many others did.