Some in GOP want Trump inquiry but balk at impeachment talk 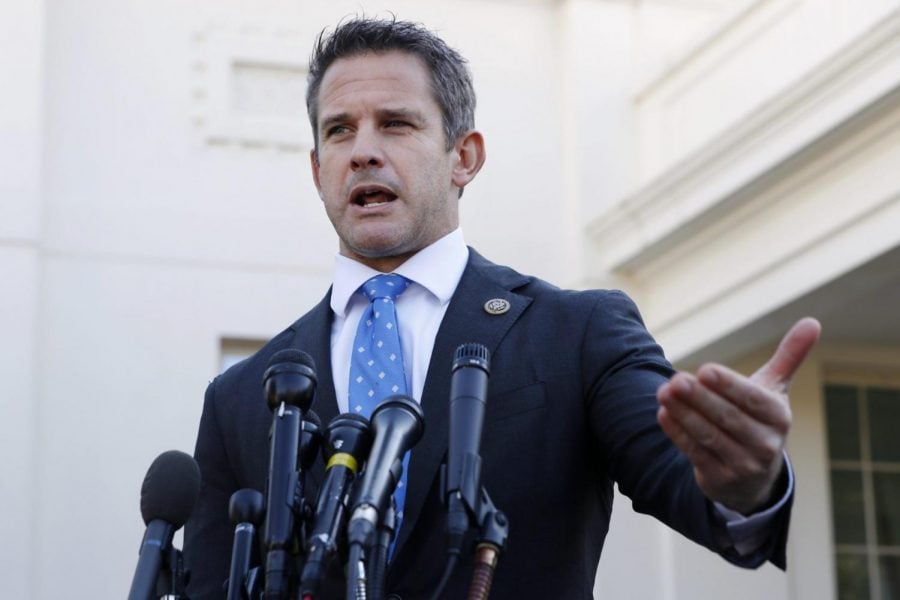 In this March 6, 2019 file photo, Rep. Adam Kinzinger, R-Ill., speaks to the media at the White House in Washington. Kinzinger is slamming as “beyond repugnant” President Donald Trump’s tweet of a conservative pastor’s comment that removing Trump from office would provoke a “civil war.”

They don’t like the talk of impeachment, but there’s a small and growing number of Republicans who want the Democratic-run House investigation of President Donald Trump to proceed.

Several House Republicans have said in recent days that they want answers to questions about Trump’s dealings with Ukraine’s president. By contrast, Republican leaders in the House have vigorously defended Trump and accused Democrats of trying to undo the 2016 election. Trump has gone on the offensive, responding at times with name-calling of his critics and expletives .

But he and some others, including moderates in tight reelection races, say Democrats went too far by starting an impeachment inquiry. These lawmakers say the process began before Democrats had all the facts, and that their rush will stymie progress on other issues and further divide the country.

“You can get answers to those questions without raising the temperature as they have,” said Kinzinger. He represents a safe Republican district in northern Illinois that supported Trump in 2016, though Kinzinger has at times criticized the president.

Rep. Jaime Herrera Beutler, who represents a Washington state district that Democrats have targeted, said in a statement that the “allegations are serious and efforts to get all of the facts demand continued transparency.”

She said that based on the rough transcript released by the White House of Trump’s call in July to Ukraine’s leader and a whistleblower’s complaint raising concerns about the president’s dealings with Ukraine, “the allegations of coercion remain unproven. No one is above the law, but for the sake of this nation we should all follow a process that does not put conclusions before facts.”

The GOP lawmakers’ comments reflect the difficult search for middle ground in the polarized political climate.

Last week, Rep. Mark Amodei , R-Nev., was forced to clarify his remarks after he was asked about the inquiry and responded by saying, “Let’s put it through the process and see what happens.” After calls from GOP leaders and posts on Facebook that called him a “traitor,” Amodei said he was not endorsing the impeachment process but wanted House committees to investigate.

“I disagree with the overall impeachment line of the Democrats,” Bacon said this week. “The Democrats … some of them, not all of them … it’s been impeachment and resistance since Day One of the Trump administration.”

But he wasn’t as staunch in his defense of Trump as some of his Republican colleagues.

“I thought it showed poor judgment to make these contacts to Ukraine,” Bacon said, adding that most Americans want to see Washington move beyond partisan gridlock. “I think our president could do better. He’s part of the animosity that gets spread out there. But he’s also the recipient of a lot of it, as well.”

Associated Press reporters Margery A. Beck in Omaha, Nebraska, and Chris Grygiel in Seattle contributed to this report.