OPINION: Hustle culture is the future, teaching determination and discipline 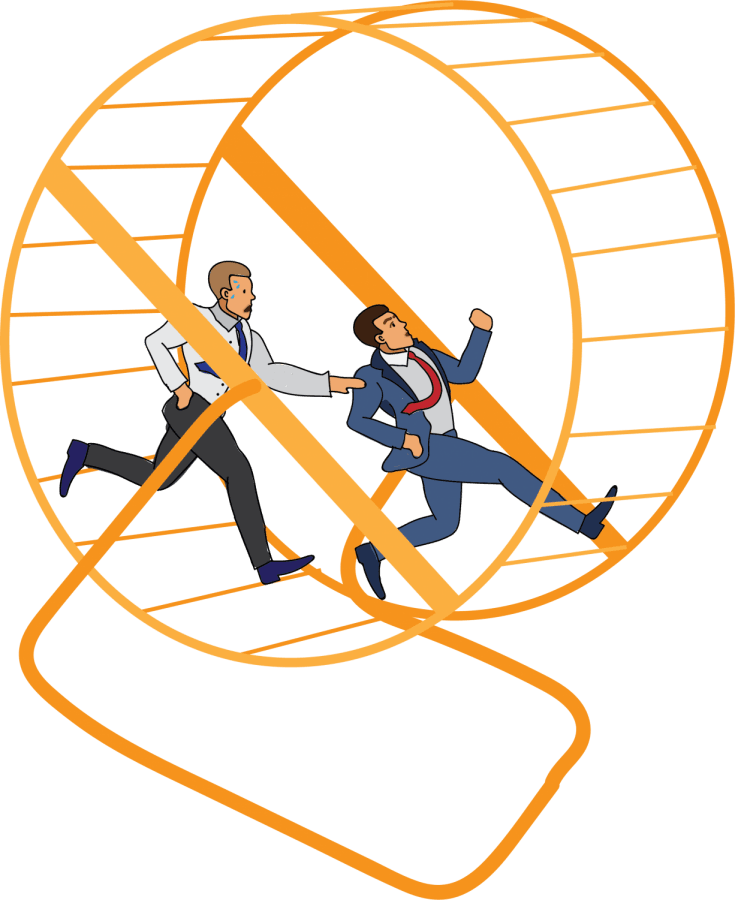 Growing up, dinner was steak with mashed potatoes and gravy, or it was peanut butter & jelly, every night for a month. Vacations were East Coast road trips or backyard camping staycations. A steady source of income was never on the table; we either had money or we didn’t.

That’s because my parents freelance for a living. My mom and dad are both classical musicians, and their primary source of income has always been gigging, be it teaching middle schoolers or performing with the Chicago Symphony Orchestra. For some, this kind of stable instability can prove to be unnerving, but to me, it was always inspiring.

Yes, I learned the benefits of piecing together an income — how it could allow you to make a career of your passions and build your own schedule. But above all, I learned to value the hustle.

Hustling, in its modern, unsexist slang form, is defined as having the confidence and self-determination to work hard and put yourself out there in order to achieve your personal goals. Gigging is generally seen as one way to maintain the hustle, piecing together small, single jobs to create one big, independent job.

For example, if my mom dropped a student she taught, then my dad could pick up a wedding, and the income would even out. Or, if my dad decided he never wanted to play another wedding for the rest of his life, my mom could pick up a few extra students to pay the bills.

The gig economy is booming. In fact, if it continues to grow at the rate it is now, then by 2027, over 50 percent of the US workforce will participate in it.

“Gigging will be increasing, and it is increasing,” said Samantha Close, an assistant professor of communication and media studies whose research focuses primarily on the gig economy. “It depends on how you define it. It could be only tech work, or it could be picking up a babysitting job or doing something else like waitressing.”

“If you have a ‘traditional job,’ that requires extreme flexibility,” she continued. “You might need to move, or it might not be a good choice with health care, et cetera. I think gigging is almost as much a release valve as it is a viable new system.”

Part of its inherent success may be its ability to outlast recessions, due to its eggs-in-many-baskets approach.

“[Gigging] is a hallmark of a depression,” Close said. “People cope and can keep themselves afloat when customary employment becomes unstable, and they benefit in the sense that money is still coming from somewhere.”

When the 2008 recession hit, my family was affected, but not nearly as much as those whose stable jobs suddenly became less stable or those who lost their jobs all together. Despite the country’s financial despair, people still got married, kids still took trumpet lessons and, yes, people somehow still made it to the symphony.

Maintaining a living in a gig economy is not easy. It requires both discipline and dedication. But if you put in the work and do it right, hustling for a living can be more fulfilling than any 9 to 5 could ever be — and my family is all the proof I need.

A study by Upwork found that 84 percent of freelancers are living their preferred lifestyle, compared to just 54 percent of those working in traditional jobs.

To have a life which would allow me to embrace my passions as a career — despite the extra time, work and stress that might ensue — I’d take peanut butter and jelly over steak any day.

Read an opposing view of this opinion here.