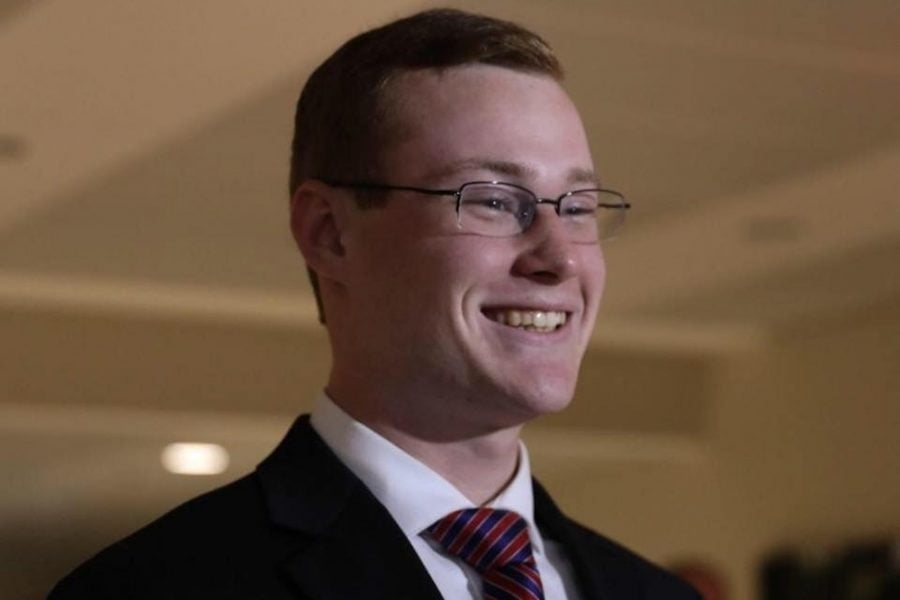 When Ald. Marty Quinn of the 13th ward was reelected in February, David Krupa, sophomore and former competitor of Quinn for alderman, felt that something was off. The numbers didn’t add up, and Krupa knew he had to do something to continue his fight to work against the pattern of corruption in Illinois politics that has lasted for too long.

The Chicago Tribune reported that Krupa submitted 1,729 voter signatures in his run for office. The controversy came when Quinn’s team reported 2,796 affidavits of withdrawals from Krupa’s camp, surmounting 1,067 voter signatures that seemingly appeared out of nowhere.

Not only were signatures unaccounted for, but last week’s Tribune investigation into Quinn’s February campaign found that the Quinn camp repeatedly harassed and intimidated voters into not supporting Krupa.

“It turned into a whole scandal, really,” Krupa said. “What came from it was an FBI investigation, tons and tons of media exposing the corrupt activities that have probably been going on for decades. I’m not the first to witness this kind of harassment. Neither are the voters here in the 13th ward.”

Krupa is currently involved in a lawsuit against Illinois House Speaker Michael Madigan, who allegedly handpicked Quinn as alderman for his home ward. Krupa believes that Madigan and Quinn worked together to get his name off the ballot, which would violate his civil right to run for office. According to the Tribune, the lawsuit alleges that Madigan and Quinn’s team ordered “pairs of large male operatives” to follow Krupa as he gathered signatures to get on the ballot.

“What we’re really hoping is that in this federal lawsuit is that we set a precedent that things like this are not okay, you can’t harass voters or force them to commit perjury,” Krupa said. “I’m trying my best to get the public to see the corruption for what it really is.”

Krupa is hopeful that the investigation will bring light to the corruption that has been ongoing in Illinois politics for a long time. The investigation can also uplift the residents of the 13th ward to stand their ground when harassed by political powerhouses. Krupa’s lack of experience might be seen as an easy target for Madigan and his machine, but Krupa said that experience is not what makes an honest politician.

“I think the most important thing in any politician is honesty, integrity and the will to do what’s right for your people even if it isn’t always the easiest thing to do, and I believe I have those things, and I don’t believe Mike Madigan and Marty Quinn do.”

Krupa’s main campaign promise was to expose corruption in his ward, but Madigan and Quinn saw something different in his claims. In an interview with the Tribune, Madigan said that  Krupa is “distracting voters with ludicrous claims” and that this tactic is “pulled directly from the ultra-right-wing playbook.”

Krupa referred to himself as a “day-one Trump supporter” in an interview with the Chicago Reader in 2016, but he has since distanced himself from that statement.

Krupa stands by his allegations against Madigan and Quinn and plans to continue efforts to expose more of their corruption.

“The most important takeaway that I would like [Madigan and Quinn] to know is that, ‘Your time is up,’” Krupa said. “People are getting frustrated, and we’re not going to sit here and take this abuse anymore.”