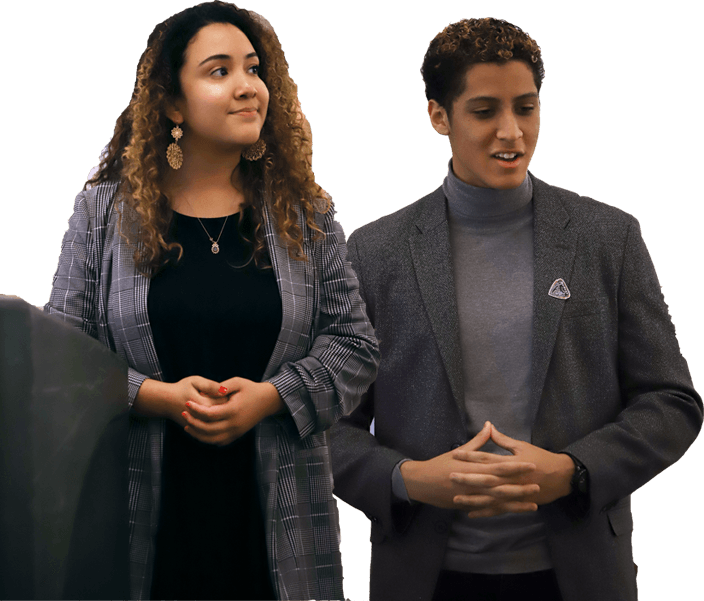 The Student Government Association (SGA) held its annual Meet the Candidates event to facilitate a discussion between the seven candidates for their upcoming senate election. The election comes after last spring’s largely uncontested race.

The event was hosted by Landon Campbell, SGA’s vice president. Last year, Campbell and his running mate Gisselle Cervantes were voted in as president and vice president. They ran on the platform of a better ability to communicate with the student body and to let their voices be heard. So far, SGA has invited students to open discussions of issues on campus, and, in a historic move, their initiative to provide free menstrual products in every women’s and gender-neutral restroom on campus was approved by the university last week and will begin in winter quarter.

“We’ve seen clear improvement this year,” Campbell said. “Of course there is always more work to be done, but we’re really showing students, this year specifically, our improvement with our huge accomplishments with many, many more to come. Students actually see that, and that really paints a picture of our organization.”

The overarching theme across all candidates is school spirit and campus inclusion.

“It’s really getting to the nitty-gritty work initially executed and having those conversations around how we want to see it done that creates that gap, but we announced it because we for sure know that it’s happening,” Cervantes said.

Amira Hady is a freshman who is running for the position of senator for first-year students. Hady calls safety “a right, not a privilege.” Her main goal is to help implement safety courses and tactics into students’ schedules.

Along with Hady, freshman Peyton Raleigh is also a candidate for first-year student senator. Raleigh worries that the DePaul community is lacking in its sense of direct communication with each other. She hopes to organize events that will allow freshmen to meet and socialize with other freshman. She spoke no word on how this will affect off-campus and commuter students. She also wants to open up space for freshman to celebrate their accomplishments by organizing an end of the year event to showcase the work freshman have done.

Freshman Deyni Venta is the final candidate for first-year students. She emphasizes the importance of social justice and mental health awareness on campus. She also plans to help students in Corcoran by having air conditioning units installed in the dorm hall. She did not comment on how this will be organized.

Sophomore Keith Norward is a candidate for second-year students and is running uncontested. Norward also commented on the lack of school spirit at DePaul. To increase excitement around basketball games, he plans to organize events that would get more students to attend. Even with the big move from Allstate Arena to Wintrust in the South Loop, students still are not flooding the stands at games. With bigger and better events surrounding the games, students might be more interested in them.

Ben Jacinto is also running for College of Communications senator as a freshman. Jacinto commented on the Esteban’s statement on lack of inclusion at DePaul at the State of the University address last week. Jacinto hopes to create more events on the Loop campus in an effort to engage students who spend more time in the Loop. Jacinto believes that there is some disparity between the campuses that aides to the lack of inclusion of students who do not go to the Lincoln Park campus often. He did not comment on Esteban’s comments on the diversity gap.

Voting dates and times for the senators have yet to be announced.