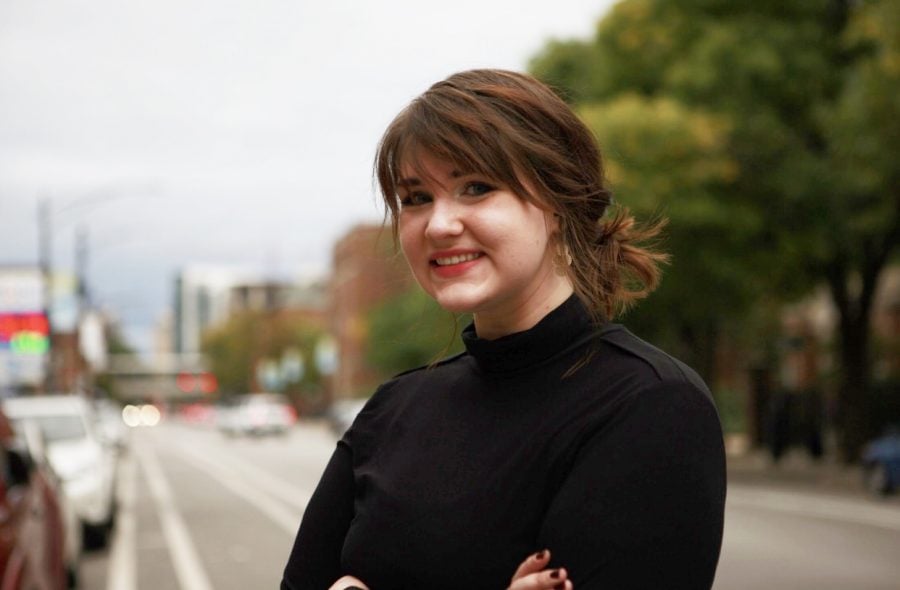 Finish finals early. Move out of U-Hall. Go to Jordan.

This was Clare VanSpeybroeck’s pre-summer checklist last June after winning the Critical Language Scholarship, CLS, a summer-intensive program targeting critical languages — non-Western European languages with critical demand, but limited access. With the scholarship, she travelled to Amman, Jordan for eight weeks, where she studied Arabic.

The CLS program is an overseas language program of the U.S. Department of State for students enrolled at American universities. The program is focused on full immersion into critical language and culture and is completely free.

There are 15 critical languages that are part of the program, including Chinese, Portuguese, Turkish, Urdu, Hindi, Japanese and Korean. According to the program’s website, the languages are “critical to national security and economic prosperity… preparing students for the 21st century’s globalized workforce.”

VanSpeybroeck, a sophomore Arabic and international studies major, started learning Arabic through English Second Language, ESL, classes in her hometown, the Quad Cities. There, she met women from Morocco, Sudan and Iraq.

“They were all able to speak Arabic together and I had never realized the regional diversity of the language,” she said. “That’s why I chose it — it’s a language that held so much potential for communication.”

Arabic is spoken in more than 25 countries with 420 million native speakers, according to World Atlas. It’s also the fastest growing language in the U.S. — Arabic speakers over the age of five increased by 29 percent between 2010 and 2014, according to Pew Research data.

Though access to learning Arabic is limited, with only 161 high school programs offered nationally as of March 2017, it is increasing. Arabic enrollment in higher education increased by 51.5 percent between fall 2013 and 2016, according to a report by the Modern Language Association.

“In the early 1980s, it was primarily only the larger research universities, public and private, that offered Arabic language courses,” said history professor Warren Schultz. “That began to change soon thereafter, and by the mid to late 90s more and more universities began to teach it.”

“It all feels so unlocked to me now that I know the language,” she said. “I love to go to restaurants and order in Arabic. Shout out to Mr. Falafel on Devon and California.”

In Jordan, VanSpeybroeck’s day-to-day was centered around learning the language. She, alongside the rest of her cohort, spent an hour each morning learning media-Arabic – Arabic specific to news – an hour learning the Jordanian dialect and then two hours of Modern Standard Arabic, the standard Arabic spoken throughout the world, she said.

Learning the Jordanian-specific dialect was specifically helpful, she said, because DePaul only teaches MSA.

“MSA is kind of like speaking Old English — you wouldn’t actually go around saying, ‘Where art thou,’” she said.

Outside of language learning, VanSpeybroeck’s time was spent cafe-hopping and salsa dancing. On the weekends with her Jordanian language partners, she would go to Wastal-Balad, downtown Amman, visiting museums and restaurants and salsa dancing at an old hotel.

Her host mother was a single woman in her 40s who spoke no English.

“It was awesome for our proficiency because we wouldn’t be able to speak with her unless we were speaking Arabic,” she said. “She was also unbelievably kind and made great food.”

Through the CLS program, VanSpeybroeck reached mid-to-high intermediacy, allowing her to build relationships with her host mother and Jordanian students without the binds of a language gap.

VanSpeybroeck often felt that receiving the scholarship was an honor she hadn’t earned, being the youngest in her cohort.

“One of the members of my cohort fought in Syria against ISIS last year,” she said. “And I’m just a sophomore at DePaul studying Arabic.’”

But with her continued work in Arabic education, VanSpeybroeck proves the scholarship was well-deserved. She now volunteers at MIRA, the Middle Eastern Immigration and Refugee Alliance, where she runs the front desk with an employee population made up of 90 percent refugees, she said. She also teaches weekly ESL classes to Arabic native speakers.

Looking forward, VanSpeybroeck hopes to work in the foreign service, and plans to eventually make her way back to Amman.

“Once you feel completely comfortable, is when you’re getting ready to leave,” she said. “So I’ll be going back.”