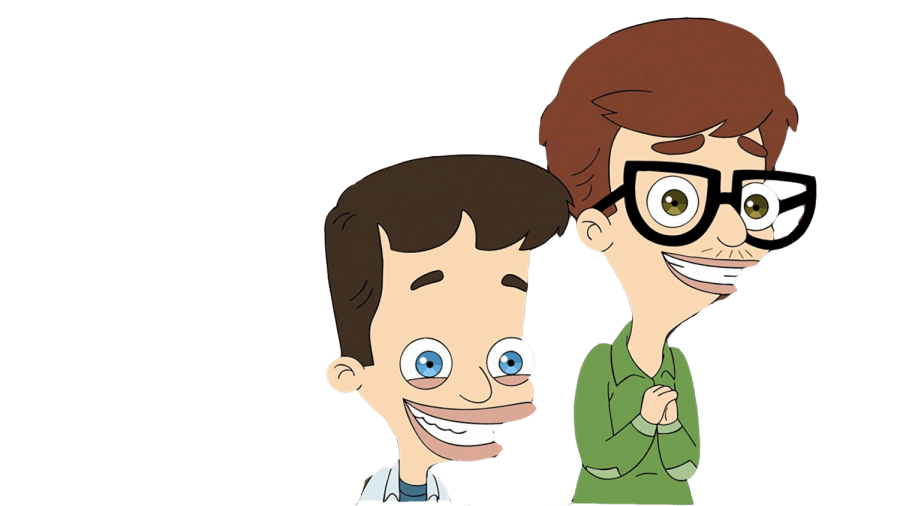 Raging hormones, entirely unrequited crushes and the pressures of 7th grade: As if surviving puberty wasn’t bad enough the first time around, Netflix’s “Big Mouth” invites its audience to relive the nightmare of middle school all over again.

The show, created by comedians Nick Kroll, Andrew Goldberg, Mark Levin and Jennifer Flackett and first released in 2017, follows a group of gangly, awkward pre-teens as they navigate growing up, touching on topics from sexuality and sexism to divorced parents and drugs.

“It’s the TV show we all needed in middle school,” said Haley Beube, 21.

Amidst the influx of crime dramas and sitcoms are adult cartoons, a genre which many enjoy, but most will vehemently deny they do. Adult cartoons have seen great growth since popular TV shows like “Futurama” and “The Simpsons” took off, providing teenagers and adults alike with an escape from reality.

“There’s so much pressure on people to work every second or to always be social, and cartoons provide just a different way to laugh,” said Tatum Hansen, 19.

The cartoons are often lauded as an escape from the real world, but the reason for their continued success may be as simple as an opportunity to feel like a kid again.

“We all grew up watching cartoons, and there’s something about the form that is very, very familiar and reminiscent of a time in our lives when we didn’t have a lot to worry about,” said Nathan DeWitt, an adjunct faculty member in CDM whose research lies primarily in TV. “The thing you get in adult cartoons is this juxtaposition of this innocent childlike form that then explores these really interesting and complicated and big themes. They’ll look at stuff that’s really complicated or stuff that’s really cerebral or might be difficult to watch in live action.”

The animated form of cartoons leaves room for artistic and comedic decisions that would never fly in a live-action TV show. “The Simpsons” illustrates this point well, DeWitt said: In the show, there are several situations where Homer Simpson grabs his son, Bart, by the neck and shakes him, choking him to prove he’s angry. Now imagine if they were real people.

“The show would be cancelled right there; they’d be monsters,” he said. “Because they’re cartoons, we can stomach that type of violence.There’s this disconnect you get in the form of animation in terms of violence or emotional things.”

“I think what ‘Big Mouth’ is doing is showing you the reality of puberty and the realities of sexual awkwardness in the form of the cartoon, but they can be so honest because of that desensitization and because it’s not a real person,” DeWitt added.

“The Simpsons” is widely credited with the success of the other mature cartoons that have followed it. With its heavy topics and witty writing — “Harvard sensibility,” as DeWitt called it — it paved the way for young viewers and fans to grow up and make their own version of the show, like “South Park,” “Beavis and Butt-head” and “American Dad,” to name a few.

But the future of adult cartoons could be more than the typical animated show. The lines between what is real and not real has been blurred by the rise of digital production, and as technology continues to advance, the term “adult cartoon” may soon come to encapsulate more than comedic shows.

“I’m going to say a thought I’ve literally never had before: ‘Game of Thrones’ could be considered an adult cartoon,” DeWitt said. “It’s a ton of digital effects, and it’s a world where the rules of physics don’t necessarily apply in the same way they do here, specifically like the idea of mortality.”

For shows like “Big Mouth,” DeWitt said he thinks there will always be room for them on TV — it’s just a matter of how their messages are relayed and received.

“I think you’ll always have room for that,” he said. “I’m curious to see now children’s cartoons like ‘Adventure Time’ taking on serious issues. So I’m wondering how serious, or bleak or honest — authentic even — these types of programs can grow to become.”