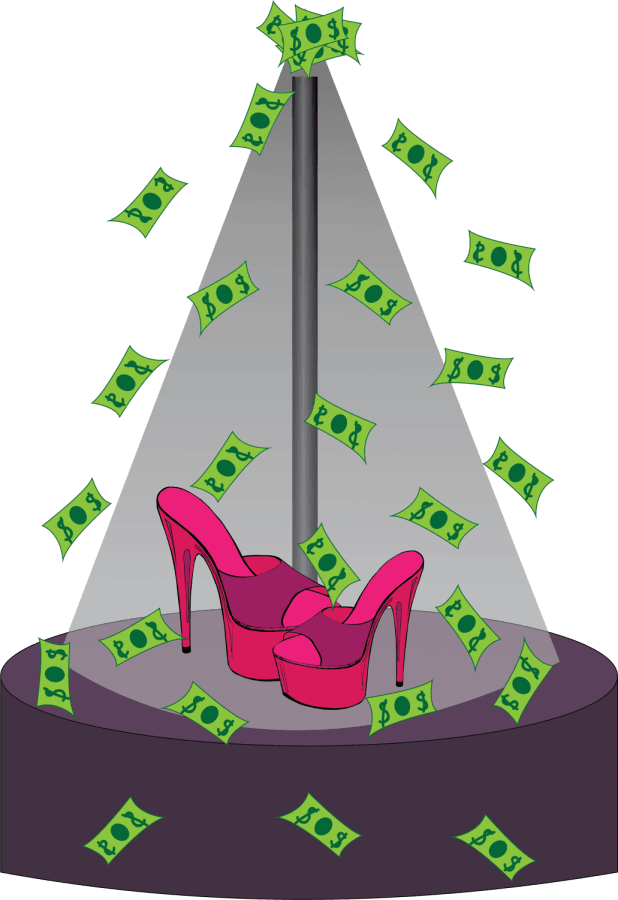 In 2014, a criminal ring of women who drugged men and stole their money came to light, being on the front page of tabloids for months. The movie is based on a 2015 New York magazine story about the women.

“Hustlers” brings career highs for both leading ladies, Jennifer Lopez and Constance Wu. Lopez has been in the business for years, but “Hustlers” has been her best live-action opening ever, beating out her previous record-holding movie, “Monster-In-Law.” Wu’s biggest opening weekend was “Crazy Rich Asians,” but “Hustlers” earned $7 million more.

Lopez plays Ramona, a veteran stripper who dips into a little crime to hustle rich, sleazy Wall Street men. Ramona takes Destiny (Constance Wu) under her fur coat and becomes a kind of mentor to her, improving her dancing skills in order to help her make more money. After the 2008 financial crisis, the women are hit hard with the loss of their highest-paying customers. A couple years later, after showing the financial struggle they’re going through, the women reunite along with Annabelle (Lili Reinhart) and Mercedes (Keke Palmer), with a plan to get money a different way, drug-filled way.

An interesting aspect of the film was the emphasis on love and friendship. For a movie that had very little romantic ties, there was a lot of love to be felt throughout. The relationship between Ramona and Destiny intensified throughout the film, bringing them closer together. One could assume they only became such good friends because of the crimes committed together, but it got much deeper than that. Through every up and down in their lives, you could see the bond that was created.

Director Lorene Scafaria does well by showing a true friendship even in difficult circumstances. Who would have thought that in spite of drugging and robbing men, a real friendship would arise? Scafaria used big storylines from the real-life characters to ensure viewers knew how great an impact Ramona and Destiny had on one another’s lives, such as the death of Destiny’s grandmother and the end scene, where Ramona pulls out a childhood photo of Destiny. That scene takes the audience by surprise because, years after the initial arrest of the women involved, Ramona still carries around a photo in her wallet.

“If only we had known each other back then, you know?” Ramona’s character says. “Maybe we could’ve looked out for another, maybe our lives could have been different.”

She goes on to say, “I like to keep her with me.” It is an emotional scene that makes the viewer look back at the development of the two women from the first few minutes of the film.

Ramona brings women together using a mother like persona. She comes off as caring and endearing, which turns out to be who she really is. She brought Annabelle and Mercedes into the drug-filled scheme because she actually did care for them. It is obvious she wants her money, but it is still easy to tell that despite that, they all do care for one another.

Scafaria showed these women as powerful and independent, and she did it so well it is easy to forget about the illegal acts they commit. The cast makes you feel empowered in a way. You know they shouldn’t be drugging men, but following the struggles they go through and gaining a better perspective on their personalities, it is easy to see that they’re not bad people.

It makes you think of the American Dream – to pull yourself up when things fall apart, try to earn a living and become successful and how it doesn’t exist. There are people that throw the money and those who dance. It seems as if they were trying to be the ones throwing money.

In the end, it leaves you questioning if their actions are justified. Should they really be punished for drugging sleazy men who are just as guilty as they are? Were they doing the same thing those men did that led to the recession? You’ll have to answer those questions yourself. But, it was still entertaining to see women take matters into their own hands and try to change the circumstances that were given to them. Maybe revenge really is the best medicine.