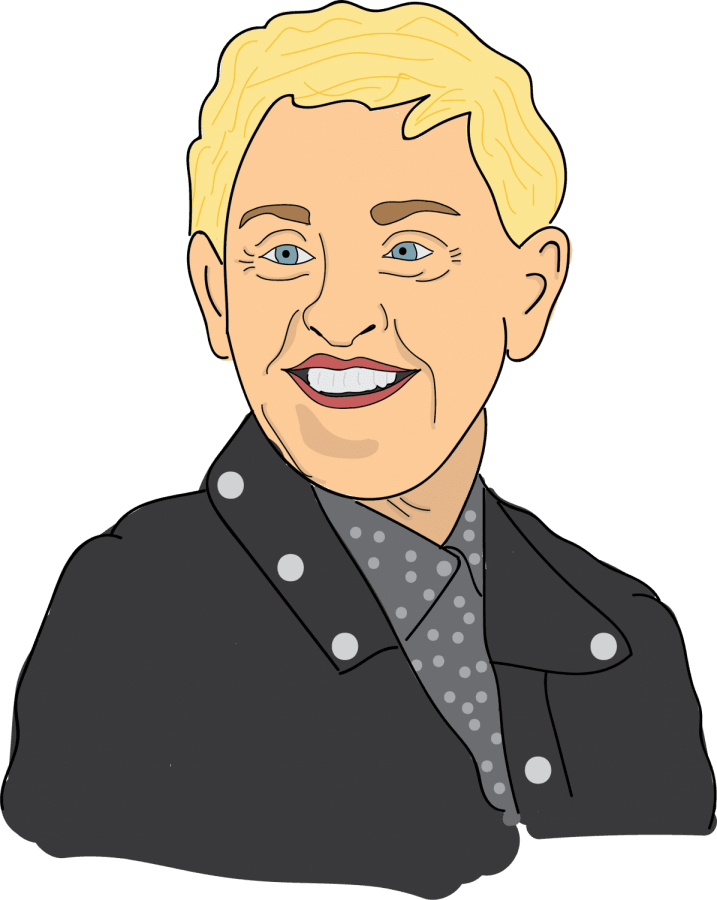 The internet exploded last week when photos and videos surfaced of Ellen DeGeneres and former President George W. Bush sitting together at a Dallas Cowboys game. The two were laughing together and seemed to be enjoying each other’s company. The internet erupted with comments wondering how she could sit next to him, how she could be friends with him and how could she betray the LGBTQIA+ community?

Ellen responded to the hate with a segment on her talk show, saying, “When I say, ‘Be kind to one another,’ I don’t mean only the people that think the same way that you do. I mean, ‘Be kind to everyone, it doesn’t matter.’

Sure, Ellen, but what about when everyone includes the people who have made it their life’s work to withhold certain rights from you? Who have actively attempted to take away your freedom? Do you have to be kind to them?

As a queer woman myself, Ellen has always been a huge inspiration to me. Since before I came out, I have been in awe of her ability to live her life authentically and freely. But when she sat next to Bush, who, in February 2004, announced his support for an amendment to the Constitution that would ban same-sex marriage, something didn’t sit quite right.

I felt betrayed, but I also felt conflicted. Ellen has done great things for many people, but can I support her kindness for everyone platform when not everyone is kind to me?

The legitimacy of the LGBTQIA+ community is still being debated today as the Supreme Court works to determine whether or not the Workplace Discrimination Act applies to us. How can Ellen, who has one of the biggest platforms in the world for the community, sit idly by and share a laugh with Bush when she could be talking about the potential suffering that her siblings in the community have been and will be facing? I just don’t understand it.

Jacob Bender, a junior at DePaul, believes that he and his siblings in the LGBTQIA+ community should not feel obligated to support someone who does not support them.

“If any person opposes the public existence of, or equal rights for a specific group of people based on something that cannot be changed, I don’t have to give them the time of day,” he said. “George Bush campaigned in 2004 pushing for a Constitutional amendment that would ban same-sex marriage, and to this day has yet to denounce his past support. He made it clear he doesn’t believe I, or others in the queer community, are deserving of equal rights, exclusively because I’m queer.”

Chris Bury, senior journalist in residence at DePaul, brought up an important opposing point, which is that there is a large population of the U.S. that resonates with what Ellen said about treating others with kindness.

“I think that in an era where people are increasingly separated by politics, it’s caused a lot of trouble in personal relationships,” he said. “Everyone can identify with going to a big family reunion where there’s an uncle there who you don’t agree with about anything, yet he’s part of your family so you want to have a relationship. Do I think that people should blow up their relationships based on political views? No, I don’t. I understand people who are upset and want to sever these relationships, but I don’t think it’s a good thing for the country or for our personal relationships.”

This is something that I can understand. I certainly don’t agree with everyone in my family about everything, and sometimes we argue about big issues, but they are my family. Yes, you can cut out family members, but family is different than friends. Sometimes you’re stuck with family, but you get to choose your friends. Ellen made a conscious decision to engage with Bush, and that’s where the line could be drawn.

However, in a country that is divided by hate, it’s easy to want to just cut off everyone who doesn’t agree with you. But maybe that isn’t the only reaction possible. Perhaps we don’t have to be kind to everyone, but maybe we can learn as a country to respect each other if we can’t be kind to each other.

Paul Booth, a professor of digital communication and media arts at DePaul, points out that there is a difference between being kind to someone and being respectful toward someone.

Considering three rather different opinions on the matter, I’m here to say that no one should feel obligated to treat someone a certain way when they don’t support your right to live. If you are able to look past your differences with somebody and have a relationship, that’s your prerogative, and I’m happy for you that you have that patience in your heart, but just because Ellen did it doesn’t mean we all have to. Fight for your rights alongside the people who support you and let Ellen handle the rest.