‘Ante-Animots: Idioms and Tales’ explores language through transformation of idioms 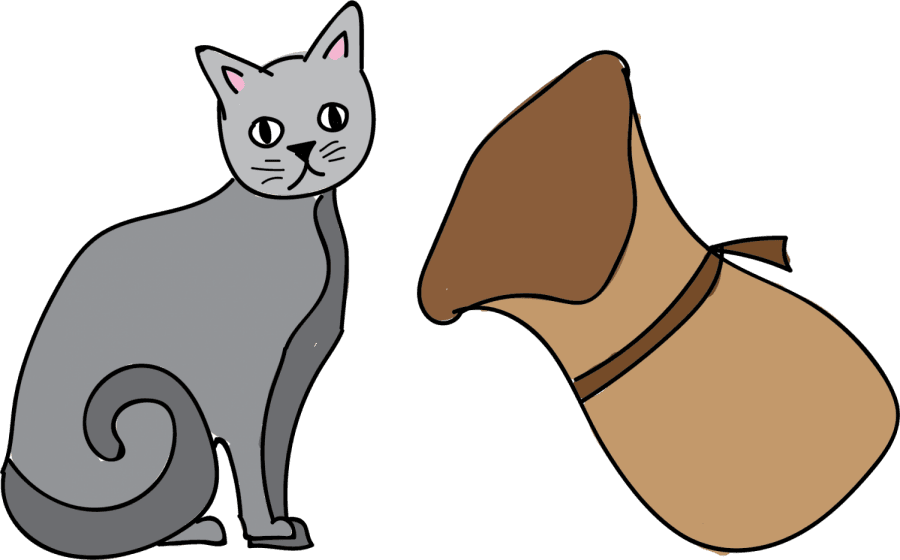 The cat’s out of the bag: A DePaul professor released a new book on Oct. 18 titled “Ante-Animots: Idioms and Tales,” which takes commonplace idioms and uses language to spin their intended meanings in unexpected ways.

The author, Nicholas Hayes, is a part-time faculty member in the School for Continuing and Professional Studies and the assistant director of the Office of Prior Learning Assessment. The idea for the book came to him when exploring the Online Etymology Dictionary for fun.

“I was looking up a bee’s knees and I saw that actually in the ‘20s there were all of these idioms that people were using, and they’re just so preposterous that it was hard to let go of some of these images,” he said.

The book’s title, he said, is a bad joke. “Animaux” is the French word for “animals,” but the book’s title changes the suffix of “maux” to “mots,” which means “a witty remark.” The use of “ante” in the title is an homage to other writers who have used similar jokes before.

Among the idioms in the book are classics like “bee’s knees,” “chicken out” and “the straw that broke the camel’s back.” Perhaps the book’s purpose is best exemplified by the idiom, “a bull in a china shop.”

“Perfumed fat anoints the sleek Apis bull,” Hayes writes. “The mound rests between his horns. It melts down his forehead. He snorts; his nostrils flare. He sweats and looks for anything that could free him from the dry desert heat. Shoppers cower in his fantastic shadow as he wanders dusty cobblestone streets. Low buildings barely come to his shoulder He sees a gleaming glass building and walks into it. He steps down the stairs and sees the doors slide open. The air conditioner blasts, and he gingerly navigates precious porcelain.”

Along with the more well-known figures of speech, Hayes also includes a collection of bizarre phrases like “canary tusks” and “flea’s eyebrows.” Some of them are more personal than others for Hayes.

“Some [idioms] were not things that I had used, but things that people I know have used,” he said. “There’s one, ‘frog skin,’ which was what my great grandmother called $5bills. […] And I guess in a really abstract way you know if you look at a $5 bill it kind of looks like frog skin, right?”

While the idioms and stories are fun to read, they’re also smart. Hayes said he drew from both French and Egyptian history when writing some of the tales, referencing famous figures like revolutionary Jean-Paul Marat and Egyptian goddesses Hathor and Sakhmet.

“Normally, you wouldn’t have put them together, but I heard this one story and it was basically how these two goddesses are actually different aspects of each other,” he said. “So [Hathor] is embodied by a cow, and then Sakhmet is represented by a lion — a giant cat. So that kind of fed into these cow, cat images and the dichotomy between that.”

Finding the right publisher for the book took time. After a year and a half of sending the stories into contests and publishers, and after receiving “a fair number of rejections,” he reached out to Blaze Vox, the group which published his first book, about something unrelated. He mentioned his stories in passing, and the process went forward swiftly from there.

“[Blaze Vox] proudly [is] a publisher of weird little books, and I feel that this definitely fits into that description,” he said.

That’s not to say the rejection wasn’t tough.

“I get rejections, but there is still always this feeling where it always feels poor, you know, it’s really personal,” Hayes said. “When I teach writing, I tell my students this, too: When I get disappointing news or when I get disappointing feedback, I try to give myself a 24-hour window where I sulk. And you know, I’ll swear that this will never see the light of day and I’m going to just bury it, and then after that period, I get over it.”

Now that the book is out, Hayes said he doesn’t care where it is read, be it classrooms or at coffee tables. He just hopes it allows people to escape the confines of their own preconceptions about language.

“I would hope that it is sort of a space of provocation, but not necessarily how a lot of times you hear that word, especially today, in kind of a negative rise,” he said. “But for me, you know, just that sense of a break from what we expect.”