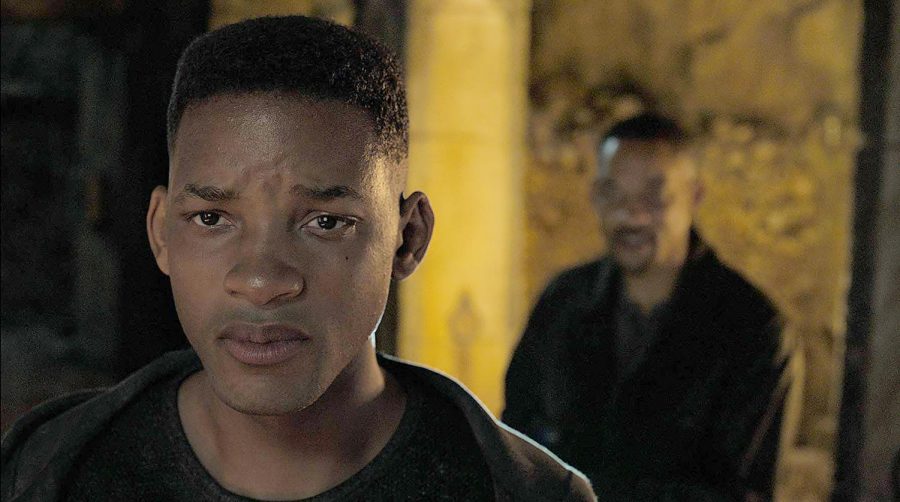 ‘Gemini Man’ starring Will Smith, shows a new way to film movies, in a way that has never been done before in cinematic history.

“Gemini Man” — which has been in development for two decades–is indicative of the late-1990s sci-fi action genre. Brimmed with the corny, formulaic plot devices of that era, it simultaneously rips off James Cameron’s “Terminator 2” and Paul Verhoeven’s more self-aware sci-fi films. The writing is hilariously hokey, especially as it drivels out of Will Smith’s two self-serious performances or the plethora of talented cast members who can’t quite sell these expository, ridiculous lines.

That being said, this is a film everyone should see in theaters. Director Ang Lee, one of the last maverick filmmakers in Hollywood, shot this film in a rare format unseen before he first attempted it in 2016. This process is so rare, in fact, that only select theaters in Asia with the proper projection setup can play it in theaters the way Lee intended.

This format is quite complicated to explain. For one, the film is shot in 120fps (frames per second). The regular frame rate for films is 24fps. Select few films have experimented with doing more, such as “The Hobbit” films’ faulty attempt at 48fps. Before 24fps was settled upon as the standard frame rate around the introduction of sound films, many films were projected in 16-18fps. The decision to use 24fps was arbitrary: the frame rate of the projector was fast enough with 24fps that the human eye tricked itself into detecting motion, so filmmakers and producers settled for the illusion. Filmmakers have stuck to 24fps consistently for most of film history. Then along comes Ang Lee, who shoots his 2016 flop “Billy Lyn’s Long Halftime Walk” in 120fps before doing it again with “Gemini Man.”

What’s the difference between 24fps and 120fps? Well, as 120fps has more frames per second, it is able to capture in detail more of the world in front of the camera. The result, due to the speed of the frame rate, is a hyper-real look of the mise-en-scene in front of the camera. Add onto this the additional aspects to Lee’s format, D and 4K, and everything before the camera seems to pop out at the audience in an extremely jarring way. 3D, is the illusion of the two-dimensional image of films appearing three-dimensional and 4K is literally 4,000 pixels, which means a higher resolution of the image.

Unfortunately, no one in the United States can see it in this way. Only 14 movie theaters in the nation can screen “Gemini Man” in 120fps, 3D, and 2K, as opposed to 4K. Fortunately, there are two theaters in the Chicago area currently screening the film in this format: the AMC Hawthorn 12 and the AMC River East 21. “Gemini Man” is currently floundering at the box office, which is a shame because its expensive, bold attempts at pushing the medium of cinema forward are formally revolutionary.

Ang Lee is a pioneering filmmaker, putting his cinematic clout on the line to create a film that sparks audible, exciting reactions in the crowds with extremely immersive action sequences and Will Smith facing (absurdly) another, younger Will Smith. It truly must be seen in theaters as close to the format as Lee wanted. “Gemini Man” does indeed have terrible qualities for a traditional film. However, it is not a traditional film. It is a technically thorough film that pushes cinema forward, challenges the norms of film-going, and creates awe that is as close to seeing films for the first time. “Gemini Man,” thanks to both its technical innovations and wonderfully silly narrative, is a cult classic in the making.