The legacy of ‘Led Zeppelin II’ 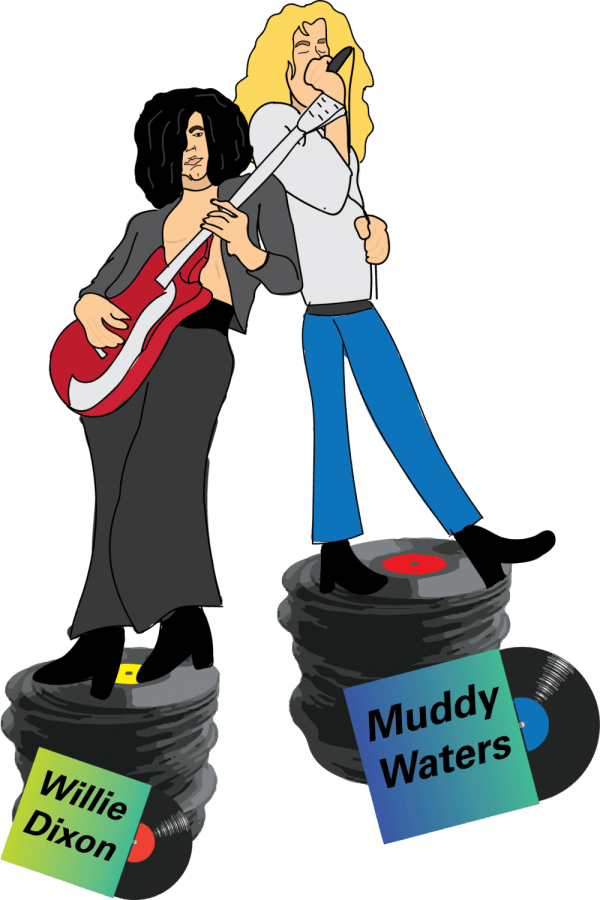 When I was a sophomore in high school, I was exposed to Led Zeppelin for the first time. Despite being one of the most popular and beloved bands of all time, my 15-year-old self thought I was ahead of the curve for listening to only their most well-known songs.

The band’s sophomore album, “Led Zeppelin II,” turns 50 on Tuesday. The album, often considered one of the best and most influential of all time, features some of the band’s most popular tracks like “Heartbreaker” and “Ramble On.” Songs from the album retain heavy rotation on classic rock stations and it is one of my personal favorites.

However, the album—as well as the band’s larger legacy—has some heavy baggage. The album’s lead single, “Whole Lotta Love,” remains one of Zeppelin’s most popular and recognizable tracks and it isn’t hard to see why; the iconic guitar riff courtesy of Jimmy Page and lead singer Robert Plant’s wailing vocals are quintessential Zeppelin at their best.

The baggage comes in the form of plagiarism accusations. In 1962, blues musician Muddy Waters recorded “You Need Love” for Chess Records, with Willie Dixon penning the lyrics.

The lyrics to both songs are strikingly similar. Dixon’s lyrics read:

“You’ve got yearnin’ and I got burnin’

Baby you look so ho sweet and cunnin’

Baby way down inside, woman you need love

Woman you need love, you’ve got to have some love

I’m gon’ give you some love, I know you need love”

Um baby I been learning

All them good times baby I’ve been yearn-yearning

A-way way down inside

I’m gonna give you my love, ah

I’m gonna give you my love ah, oh”

While songs about love—romantic or sexual—tend to skew similar, the correlation between the lyrics of both songs was enough to raise eyebrows and, later, a lawsuit.

Dixon sued the band in 1985 for writing credits, eventually settling out of court for an undisclosed amount.

This wasn’t the first time Dixon took the band to court; in 1972, he filed a suit for copyright infringement over Dixon’s track “Bring It On Home,” also on “Led Zeppelin II.” Zeppelin included a version of the song on the album intended to be an homage to Dixon, who subsequently viewed it as plagiarism. Following the suits, Dixon was included as a credited writer on both tracks.

Page later claimed that he created “Whole Lotta Love’s” riff organically, and that Plant was to blame for the similarity to Dixon’s track, having not changed the phrasing or content of the lyrics.

“Most of the big British rock music came from all the blues music,” said Jack Burkes, a DePaul senior and Zeppelin fan. “All of the guitarists and musicians from the era liked blues music and their idols were like Muddy Waters and all those big musicians from back in the day. And then they did their best impression of those guys.”

Given that some of Zeppelin’s most popular tracks were partially lifted from Chicago blues musicians—who only got their dues after going to court—it puts the ethics of their status as rock icons into question.

“I mean, they’re successful because they’re a white band,” Burkes said.  “White fans just like it more because it was a white artist and they just got more popular.”

Zeppelin is the sixth-highest-grossing music act of all time, having sold over 250 million records worldwide. While Dixon maintains his status as an icon of blues, his work helped propel Zeppelin to extreme wealth and fame, while having initially not reaped the benefits of the work he helped create.

Zeppelin is not the first or the last band to lift ideas or melodies from lesser-known artists; it’s a practice that is still being discussed today, from Robin Thicke to Ariana Grande. It is not a bad thing to enjoy Zeppelin or even “Led Zeppelin II,” despite some of their more popular work perhaps being repackaged from other artists. It’s important, however, to remember those who came before Zeppelin and helped to inspire their music who refused to be forgotten. For the 50th anniversary of “Led Zeppelin II,” I raise my hat not only to Zeppelin, but Dixon as well.