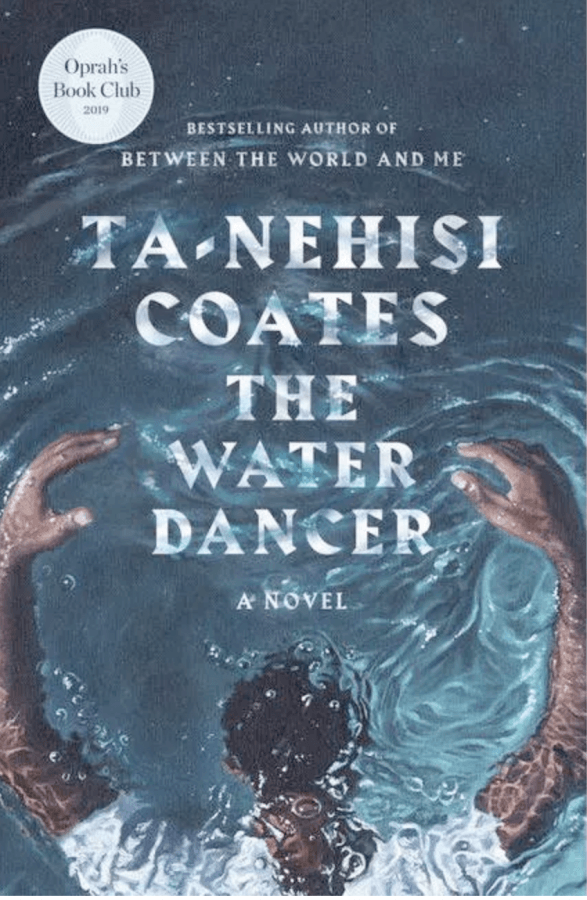 Cover of "The Water Dancer"

Few writers have names that hold the weight of Ta-Nehisi Coates in 2019. The 44-year-old Baltimore, Maryland native has amassed a devoted following on the back of three nonfiction books, a handful of essential pieces of journalism for The Atlantic and a collection of “Black Panther” comics. And now, the 2015 National Book Award winner for nonfiction has something new: a debut novel.

“The Water Dancer,” a sprawling, 403-page story of magic, the Underground Railroad, slavery, love and the power of memory arrived Sept. 24 with great curiosity and expectations. Still, somehow Coates seems to have exceeded those expectations.

The novel follows the story of young Hiram Walker. Born during the Antebellum period in Virginia to a black mother and her master, a white man, Hiram is blessed and cursed with the power of memory. Whether he sees it, reads it or hears it, Hiram remembers. However, there is one exception: his mother, a woman sold by his father when he was still a child.

Over the course of the novel, we watch as Hiram grows into his powers, from a curious, observant young boy into an often brilliant, cunning and brave man. Along the way, recognized for his talents, Hiram is recruited to the Underground, a resistance group of black and white men and women. The leader of that group is none other than Harriet Tubman, or Moses, as she is known in the novel, along with a handful of other names. Hiram, thanks to his flawless memory, strong intellect and potential for even more magic (to say exactly what would be a spoiler), rises quickly in the ranks of the Underground, spearheading many a rescue mission, including the potential rescue of Sophia, the woman he loved at the Lockless plantation in Virginia.

This love story is at the very heart of Coates’ debut novel. It is perhaps the most consistently beautiful storyline, and the one handled with the most grace. For as promising as the idea of magic is, and the attached metaphor of Hiram not being able to come into the extent of his power until he accepts his history, it is at times a clunky, unwieldy presence in the book. The few times the novel does veer off the train tracks, losing its footing tonally, is when magic comes into play. That is not to say it doesn’t work at all, for it often does, but the presence of literal magic does not work with the consistency of the story of Hiram and Sophia or Hiram and his relationships with people in the Underground.

Ultimately, while the plot does work on both a profound level and a page-turner level – for “Water Dancer” remains, while chock full of ideas, immensely readable – the skill Coates most brings to the table here, which was present in his nonfiction work, is his ability to craft individual sentences on a rare level. Consider the very first sentence of the novel, a description so vivid, so artfully constructed, that Coates wastes no time reminding us of the power he holds with his pen.

“And I could only have seen her there on the stone bridge, a dancer wreathed in ghostly blue, because that was the way they would have taken her back when I was young, back when the Virginia earth was still red as brick and red with life, and though there were other bridges spanning the river Goose, they would have bound her and brought her across this one, because this was the bridge that fed into the turnpike that twisted its way through the green hills and down the valley before bending in one direction, and that direction was south.”

While “The Water Dancer” stands as a real accomplishment, and at times a masterful debut novel, perhaps the most exciting part of it is that it is still his first work of fiction. Where will Coates be in two books? In three? As good as “Water Dancer” is, it is entirely probable that he will only get better as spends more and more time learning to craft a story entirely his own over the span of hundreds of pages. While we knew coming into “Water Dancer” the skill he had for nonfiction work and individual sentences, we now have reason to believe Coates is capable of even more. And, just like Hiram, it’ll be a joy to watch him come into the full extent of his powers.