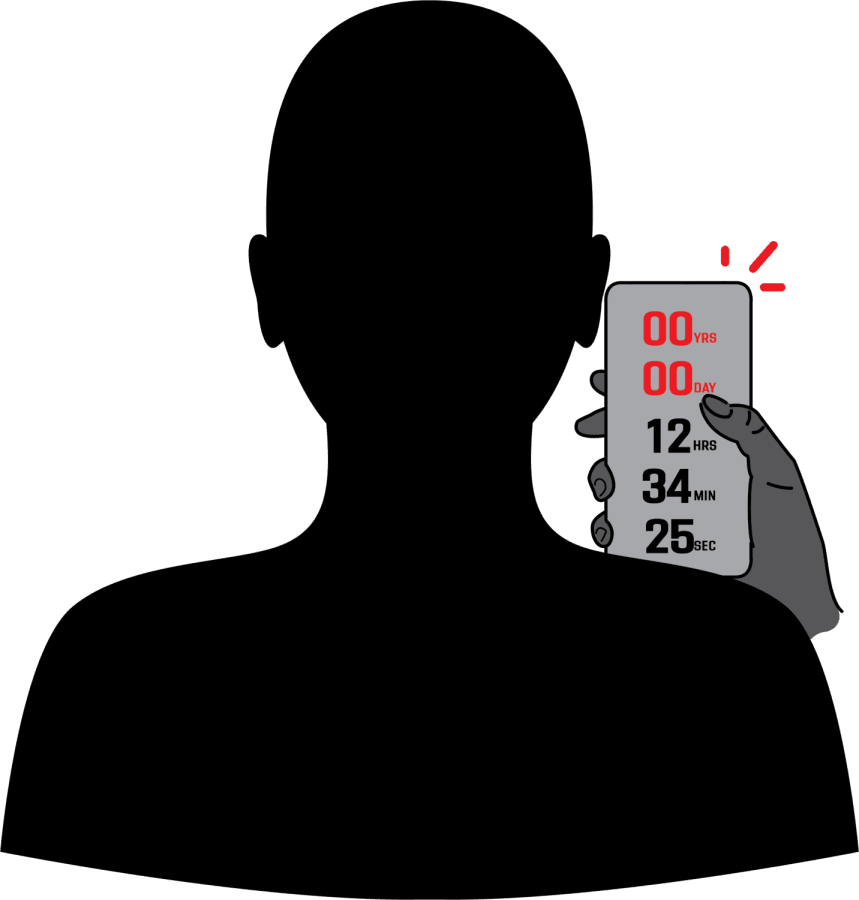 Nervous laughter emanates throughout the theater. Audience members can’t help but cover their eyes, peeking through their fingers at the screen. Gasps can be heard across the rows.

“Countdown,” written and directed by Justin Dec, centers around an app that predicts when you are going to die. For most people, it’s a source of fun. Their app says they’ll die in 50, 60, 70 years. But when young nurse Quinn (Elizabeth Lail) downloads the app, she has a different reaction. Her app says she is going to die in less than three days. The film then turns into a race against the clock as Quinn and friends must figure out how to avoid dying, or worse.

The concept of “Countdown” is one we’ve seen before, but this time, it’s a much darker take. It’s been seen in “TiMER” in 2009, a romantic comedy where a timer counts down to when a person will meet their soulmate. More recently, it was seen in a season 4 episode of “Black Mirror,” “Hang the DJ,” where an app tells you how long your relationship will last. Dec’s take on the premise does not end as joyfully.

What happens when the app gets to 0, you ask? Unfortunately, the answer comes in the form of a spiritual demon that tortures you until the moment that your last breath leaves your body.

Overall, the movie is successful in scaring its audience. Hearing the gasps and shrieks when the demon shows up behind an unsuspecting minor character is exactly what one wants from a scary movie screening. There’s nothing like involuntary audience participation in a horror movie. It sparked reactions that haven’t been seen in a horror movie in a while. The horror genre today is very smart and often more on the disturbing side than on the actual spooky side, and this was a fun throwback to the ways that more traditional scary movies function. Hearing “don’t go in there!” and “oh no!” made it less scary while watching because the audience was having so much fun enjoying the reactions of fellow viewers.

P.J. Byrne gets a shoutout from me as Father John, the unconventional priest who Quinn and the gang seek out for advice on how to save themselves. Byrne brings just the right comedic timing at just the right moments. I don’t think I’ve ever laughed so much during a horror film. It almost felt wrong, but when Father John hands Quinn’s friend Matt (Jordan Calloway) a tiny cross, insisting that “it’s not the size of the cross that matters, it’s the size of the spirit,” and then pulls out a ginormous cross for himself, you can’t help but giggle.

A movie like this is a prime opportunity for pranksters looking to make a quick buck. Last week, a real-life app called “Countdown” debuted on the App Store. Like in the movie, the app “predicted” when the user would die. It was taken down within days, but before its removal, it had surpassed TikTok, YouTube and Instagram to become the No. 1 free app on the App Store.

Overall, “Countdown” is a movie that sticks with you. I felt like I was watching “Psycho” again based on the way the audience and I were reacting. When I walked home that night, I felt like I needed to look over my shoulder, and I almost slept with my light on. I suppose my biggest take away from the film was: don’t get the app.