Up next… New traditions at Auditorium Theatre 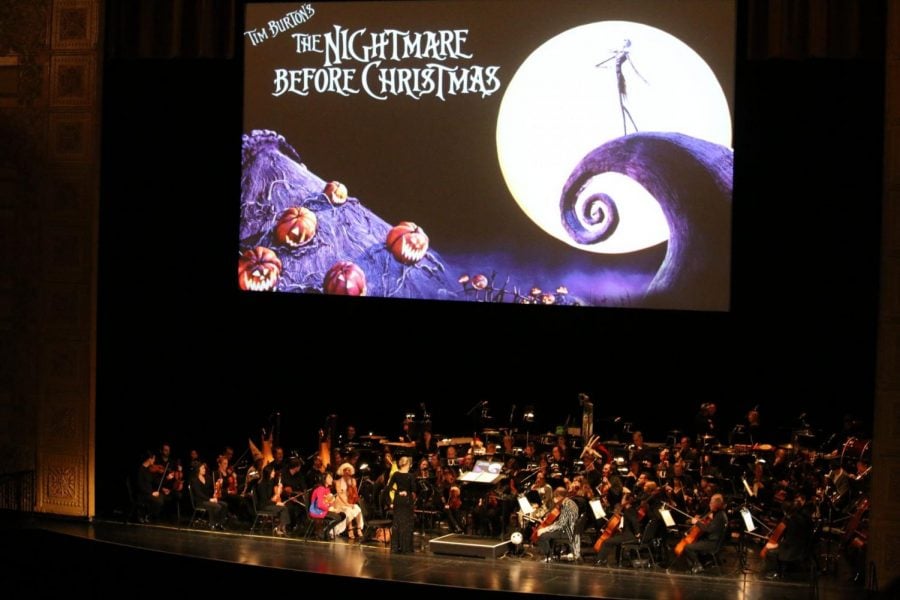 “The Nightmare Before Christmas” playing at Auditorium Theatre

Tim Burton’s “The Nightmare Before Christmas” is returning for its second year at the Auditorium Theatre on Oct. 31 and Nov. 1. The Chicago Philharmonic will bring the movie to life by performing the classic score by Danny Elfman.

“The Nightmare Before Christmas” is a classic Halloween film as well as a Christmas film for some. This event is still very new to the theatre and has become a new tradition in Chicago. With an orchestra playing songs such as “This Is Halloween” and “Jack’s Lament,” it is bringing engagement into the film.

In case you need a refresher, the movie is about the misguided adventures of Jack Skellington, Halloween Town’s Pumpkin King, and his adventures in the completely unfamiliar Christmas Town. Seeing it on the big screen with the orchestra filling the audience’s ears with Jack’s antics will be like seeing it for the first time all over again.

“I’ve tried to watch [“The Nightmare Before Christmas”] a million times,” said Chloe Grogean, a new Chicago resident. “But I’ve never paid attention. I don’t know why, because I love Tim Burton. I heard about the event and it sounds cool. I honestly just need to sit myself down with no distractions and go into it with the mindset that this is an iconic Halloween film with beautiful animations and music that is worth watching.”

Orchestras have been known to accompany live screenings of films, such as the “Harry Potter” series and the ‘Star Wars’ series, but “The Nightmare Before Christmas” is a bit unusual. It doesn’t exactly seem like a movie that would be accompanied by a live orchestra. But when you think back to the main songs it becomes clear that it is a solid choice or The Auditorium Theatre.

“I think it’s one of the best animated movies of all time, honestly,” said Avery Ferin, a senior at DePaul. “It was such an important movie for me during my childhood. The soundtrack is epic and massive and beautiful, so the chance for it to be seen with a live orchestra would be magic.”

On top of what will be a stellar performance, there will be fun Halloween-themed activities, such as trick-or-treating around the theatre, and themed backdrops perfect for any Instagram page. The event will bring together many aspects of the Halloween season all in one night, making it perfect for attendees of all ages.