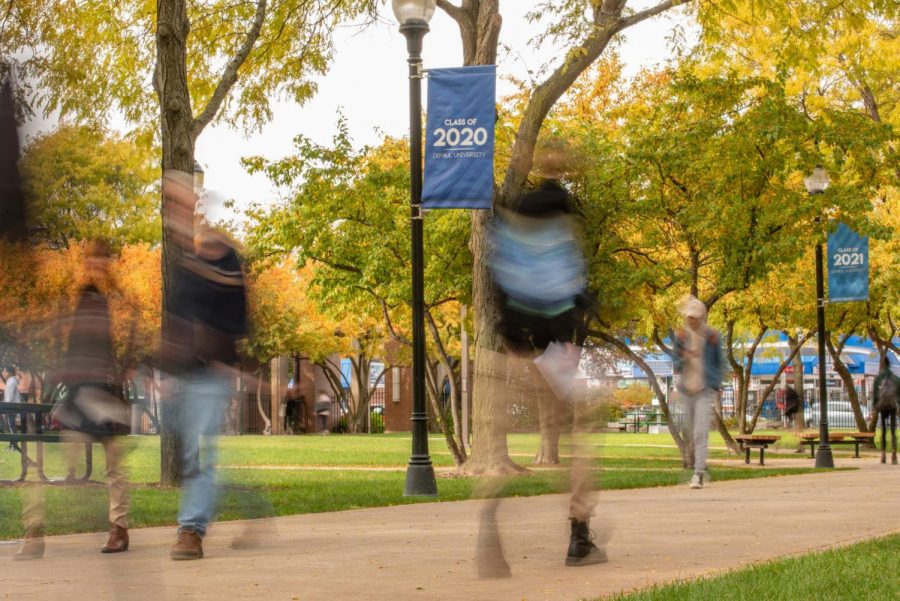 To bring awareness to the homelessness issue across the world, Chicagoans will unite by sleeping on the Quad in affiliation with the World Sleep Out event on Dec. 7.

As a call to action, DePaul University will host the “Big Sleep Out,” a fundraising event founded by Josh Littlejohn and the Social Bite charity. On Dec. 7, students and individuals from all over Chicago will sleep in the Quad in solidarity with those affected by housing insecurity.

The event began in Edinburgh, Scotland to raise awareness for housing insecurity. According to its website, the campaign has raised over $10 million in two years to combat homelessness in Scotland. This year will be the first time that this event will take place around the world.

Speakers will include a DePaul graduate living in the Lincoln Park community shelter and students served by the DePaul USA Dax houses. All of the funds raised will go to the organizations Depaul USA, which supports homeless communities in Chicago and nationally, and All Chicago, which aims to prevent and end homelessness in Chicago.

Arun Zachariah, a DePaul senior studying accounting and a part of the DePaul Community Services Association, plans to participate in the “Big Sleep Out” event. He’s volunteered at homeless shelters, including “Deborah’s Place,” since his freshman year.

“I feel like a lot of people have this stigma of like, you’re homeless, you’re beneath me,” he said. “Being homeless and experiencing homelessness are two different things.”

According to Emily Edwards, the Chicago Program Coordinator of DePaul USA, about 50 students at DePaul are experiencing housing insecurity every quarter.

It can be difficult to pinpoint the exact amount of students experiencing housing insecurity, Zachariah said. Due to negative stigmas, students, or anyone for that matter, may be reluctant to ask for help and resources.

According to the Chicago Coalition of the Homelessness, stigmas can foster a one-dimensional perception of homelessness, but homelessness doesn’t always equate to bad hygiene, old clothing or living in the streets. Many of Chicago’s homeless population — 81 percent —must “double up,” or living in households with additional family member or non-relatives.

“We also have this idea in America that we can work ourselves out of a tough situation and we won’t be homeless,” said Lydia Stazen, executive director of the Institute of Global Homelessness (IGH). “But in reality, it’s much more complex and goes beyond individual choice.”

Despite good intentions, some feel that this event is not as productive as it seems. Many students wonder what will happen after the event.

Quin Leí, a graduate student working towards a doctorate degree in clinical-community psychology at DePaul, has experience working with LGBTQ+ youth in a homeless shelter in Minneapolis. She believes that the event is set with good intentions, but it may lead to a continuation of negative stigmas surrounding housing instability.

“This event trivializes the experience of homelessness by reducing it to just sleeping outside [and] unsheltered,” Leí said. “Homelessness is much more than just this one aspect.”

This is concerning considering that those experiencing homelessness are three times more likely to go to the hospital, are more likely to experience theft and their lifespan is greatly reduced, Lei said.

Besides participating in this event, there are many ways that students and faculty can bring awareness to housing insecurity.

Molly Brown, an assistant professor in clinical community psychology, said a way for people to get involved include donating to organizations working directly with those who experience housing insecurity.

Another way, she said, is engaging in dialogue to raise awareness of homelessness — emphasizing that it’s important to be mindful of the language used because it can help lessen stigmas.

Besides volunteering and donating, students are encouraged to work with organizations that focus on policies that intersect with housing instability. Stazen also emphasizes the importance of voting, especially in local elections.

Despite questions surrounding the effectiveness and intentions of this event, the event will continue as planned. Registration for the “Big Sleep Out” is still available on their website.

The “Big Sleep Out” reminds that larger issues like homelessness does not mean only participating in acts that only tackle small aspects of the bigger picture.