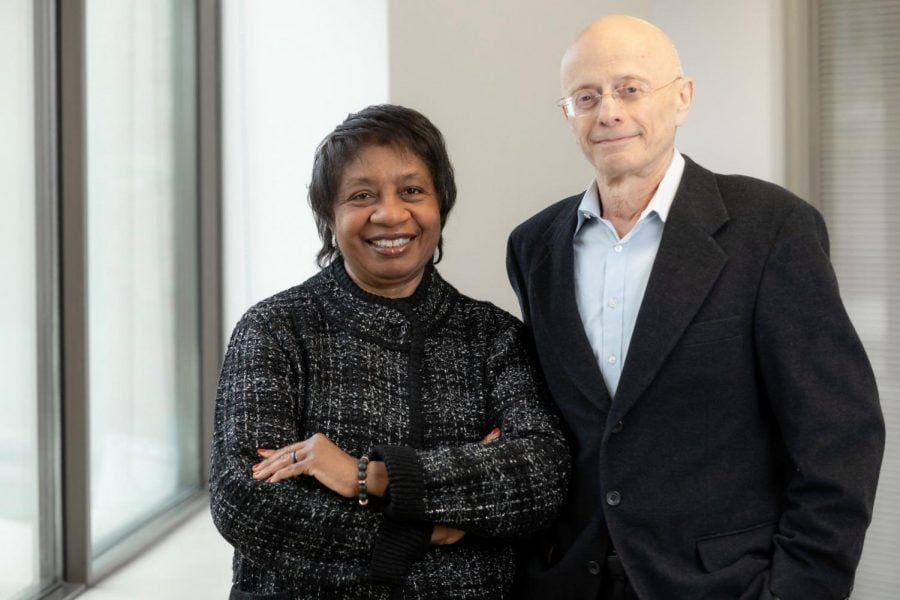 The largest grant DePaul has ever received, the money will go to continuing the professors’ Success over Stress Violence Prevention Program with ninth graders in CPS schools.

Focusing on lower-income, predominantly African American communities on Chicago’s South and West Sides, the program involves educating students on personal stress reduction and strategies to solve conflicts within their community. According to a press release by the University, eighty percent of students involved reported the program helped them meet stress reduction goal.

The program involves 15 sessions in CPS schools by trained clinicians. Collaborating with Chicago Public Schools and Rush Medical Center, Success over Stress has been through two efficacy trials.

Robinson, the principal investigator and project leader, emphasized that violence is not a problem specific to CPS, but rather a societal problem, making it difficult to generalize individual experience in research.

“There’s no generic formula for predicting the aftermath of interpersonal violence,” she said. “Some can have no effect and can keep living their day-to-day. For some people it could have an enormous adverse effect.”

African American adolescents are particularly vulnerable to stress-related adverse outcomes, according to Robinson and Jason’s NIMH research report, because they reside in low-resourced neighborhoods at higher rates than adolescents of other ethnic groups.

“African Americans have been neglected, relative to adequate services,” Robinson said, ”not just in the availability of services, but also effective services.”

The research also specificed that the distinct context of racial discrimination contributes the development of behaviors like aggression.

“Young African American men in these communities lack institutional power,” he said, “and their only forms of power becomes physical — their bodies.”

This becomes a final effort to defend themselves, Williams said, making them vulnerable for violence-related behaviors.

Success Over Stress combats this by focusing on developing the individual competencies of each student. Robinson notes the importance and benefits of strategies like positive thinking, turning undesirable events into a growth experience instead of being devastated by them, relaxation training to reduce anxiety and alternative and consequential problem solving to limit impulsive decision making.

“It’s not just the skills themselves,” Robinson said. “Because we’ve given them a tool box, they have a level of confidence that ‘I’m not going to be overwhelmed, Whatever the challenge is, I have the skills to deal with it.’”

Robinson modified Gregory Clarke’s prevention program “Coping with Stress Course,” developed for middle-class children in suburban Oregon. To contextualize the research, students themselves tailored the program’s scenarios, the press release said. African American youth in CPS schools were brought into the early stages of the program’s module-building and lesson plan process and were in charge of creating examples that were tailored to their experiences.

“Different children have different stressors,” Robinson said. “So if you bring in a generic programming and you don’t have intervention content and stressors that are relevant to folks in their day-to-day existence, I don’t know if the intervention would have much meaning and success.”

Robinson and Jason have been working together in 1980 and have aided in the growth of DePaul’s community psychology program to over 700 undergraduate and 100 graduate students, according to the press release.

“This grant is a shining example of the cutting-edge, relevant research that occurs in our college,” says Dorothy Kozlowski, interim dean of the College of Science and Health said in the release.

The grant will train CPS social workers to acquire the skills and deliver the curriculum with a 5-year effectiveness trial, allowing for the continuation of the training instead of relying on grant research.

“Professors Robinson and Jason are leading the way,” Kozlowski said, “making significant contributions in their field and making a difference in the lives of children and families in underserved areas of Chicago.”