Federal probe raises questions about DePaul Board of Trustees protocols 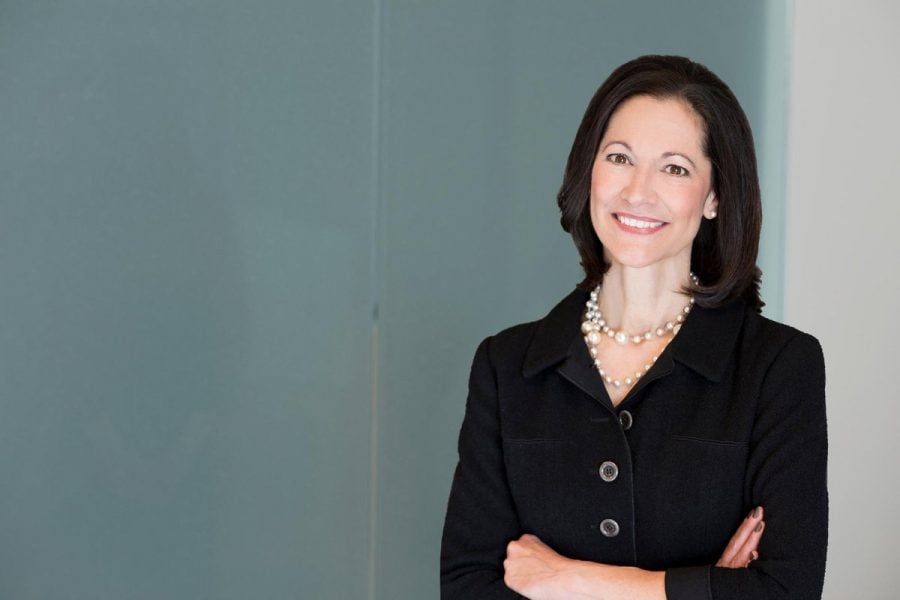 As Anne Pramaggiore, a member of DePaul’s Board of Trustees, remains involved in a far-reaching federal investigation into political corruption in Illinois, it remains unclear what exactly it would take for a trustee to be removed.

Pramaggiore, who has been a trustee since 2010, left her position as CEO of Exelon days after the company was subpoenaed for all communications with State Sen. Martin Sandoval, who has been under federal investigation since September.

As CEO of Exelon, which owns multiple utility firms such as ComEd and provides electrical equipment for all of northwestern Illinois, Pramaggiore was – and is still – involved with several boards, including the Federal Reserve Bank of Chicago and the Art Institute.

Pramaggiore is also heavily involved in giving political contributions, both directly from herself and through ComEd-Exelon’s political action committee (PAC). During the 2019 Chicago mayoral election, she donated to nearly every candidate – runoff candidates Lori Lightfoot and Toni Preckwinkle both received $5,000 – and she gave between $211.54 and $322.92 every two weeks to ComEd’s PAC between October 2012 and September 2019, according to Illinois Sunshine.

For DePaul to want someone with as much civic involvement as Pramaggiore to be on its Board of Trustees makes sense, said Dave McKinney, a state politics reporter at WBEZ.

How the trustees operate, are selected or removed and what happens at their meetings are unclear to the general public. Meeting minutes and bylaws are not available anywhere on the university’s website – including in its policy directory, which can only be accessed with a Campus Connect username and password. The Special Collections office in the John T. Richardson Library on the Lincoln Park campus holds all of these documents, including the original set of bylaws from 1946. However, any records less than 25 years old can only be obtained with written permission from the university’s Office of the Secretary.

The secretary’s office did not respond to The DePaulia’s inquiry about trustee bylaws.

However, according to the revised bylaws from 2018 obtained by The DePaulia, trustees’ powers include selecting the university’s president and approving its annual budget. They can only be elected or removed by other trustees. Meeting notifications are only sent to trustees and are not subject to Open Meeting Law. Those meetings take place three times per year.

Trustees serve for three-year terms, according to the bylaws, but they may be re-elected an indefinite number of times until they reach 70 years of age. Pramaggiore is 61, and she would not be the only trustee already retired from their non-board career.

After the university’s most recent presidential search process in 2017, an article in Newsline, the university public relations department’s newsletter, said “the board took several important steps at its first meeting of 2017-18 to strengthen trustee visibility” because of feedback from faculty and staff.

The efforts included posting board member names and biographies to the university’s website, as well as stories in Newsline with overviews of meetings, according to the 2017 article.

It remains unclear what will happen to Pramaggiore’s status on the board. University spokesperson Carol Hughes confirmed that Pramaggiore is a trustee, but did not answer a question about whether or not that is expected to change.

Bryon Locke, Pramaggiore’s own spokesperson, told The DePaulia that she plans to remain a trustee as far as he was aware.

Jim Ryan, president of the Board of Trustees, was unavailable for an interview with The DePaulia, but sent a statement through a spokesperson.

“DePaul’s Board of Trustees has high expectations for everyone in the university community,” he said. “We expect even more from our fellow trustees. If something comes up that’s inconsistent with our expectations, we’ll of course take a hard look at it.”

The connection between Pramaggiore and the federal corruption investigation rest solely on the timing of her departure from Exelon.

“Pramaggiore was not named in those documents that we know of, but what was significant was that they were looking for any documents related to any sort of electricity rate increases that might involve four different officials from Exelon,” McKinney, the WBEZ reporter, said.

“That’s a marker, and when you take into account that nobody had been expecting her to retire… it became clear that all of this stuff is a significant issue that puts Commonwealth-Exelon under a microscope.”

As a utility company, ComEd works closely with government and employs an army of lobbyists to get its legislative goals, like rate increases, passed.

In 2016, ComEd requested a $138 million rate increase “to cover actual costs and investment obligations of modernizing the grid.” Though former Republican Gov. Bruce Rauner and the Democrats who ran the General Assembly agreed on little during that legislative session, they did eventually agree on the energy bill that included ComEd’s rate increases, according to the Chicago Tribune.

That rate increase, and the lobbying activities the company employed to get it passed, may be what the utility giant is under investigation for.

Authorities are looking at payments from Exelon’s consultants to some individual “seemingly circumvent lobbying disclosure rules,” and some of those lobbyists may have been paid for having done little actual work.

The federal investigations are circling in on Democratic Speaker of the House Mike Madigan, widely regarded as the head of machine politics in Illinois.

“There are questions around access [to politicians] and contributions,” said Jay Young, executive director of Common Cause Illinois, an organization that fights for fair and representative government. “It’s about politicians giving too much credence to those in power. It’s about who can influence policy in ways ordinary folks can’t.”

Locke, Pramaggiore’s spokesperson, said her reasons for her retirement were in a press release from Exelon. However, the release focused on the new Exelon CEO, Calvin G. Butler. The only mention of Pramaggiore thanks her for her service and lists some of her accomplishments as CEO. Locke also said he could not speak to Pramaggiore’s reasons for her membership on DePaul’s board.

Because the minutes from the meeting in which Pramaggiore was elected to the Board of Trustees are not available to the public, most of the DePaul community doesn’t know the reasons she was chosen for the board, or how important those reasons would be in any possible consideration in regard to removing her.

Young said DePaul would want trustees to bring connections to the table, so Pramaggiore’s connections from her positions on various boards and through her former CEO position would benefit the university.

Donations may also be a factor.

“In a lot of cases [why trustees are selected] comes down to giving capacity,” said Jack Stripling, a reporter for the Chronicle of Higher Education who covers leadership. “There’s no better way to cultivate a donation than to put a person in a position to shape college policy as a member of a board.”

“I don’t think the Board of Trustees at DePaul operates more obliquely than other boards of trustees,” he said. “They don’t tend to do everything out in the open.”

Paeth said the faculty council has little interaction with the trustees, other than when it comes to academic affairs issues, such as curriculum and scholarships.

Broadly speaking, Young said everyone should expect more of systems of government and elected representatives than the corruption that may have occurred.

“I don’t know where this is going to go, but this should be a wake-up call to all of us,” Young said.