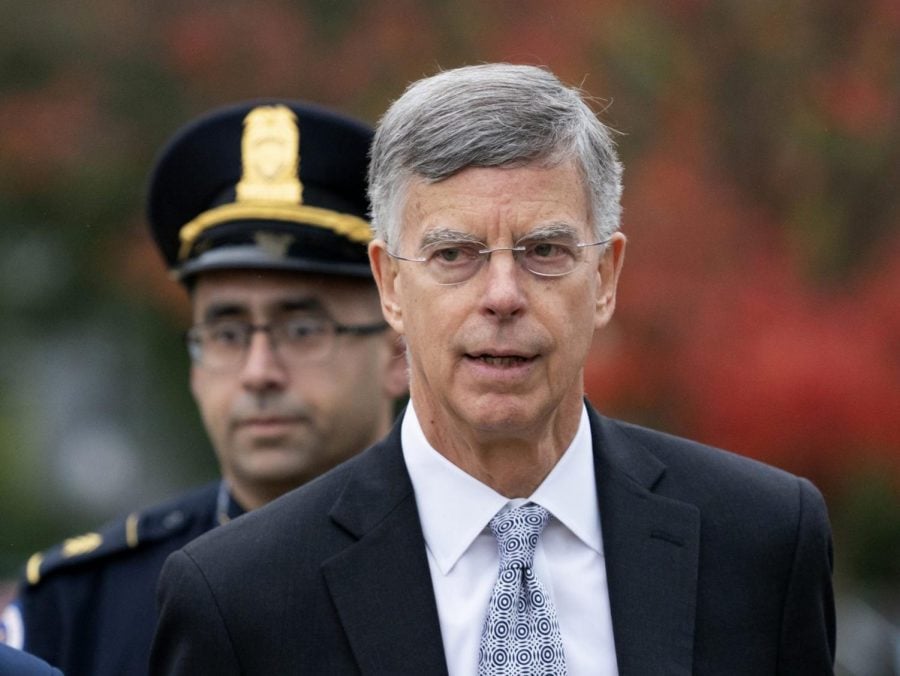 Ambassador William Taylor arrives at the Capitol in Washington to testify before House committees as part of the Democrats’ impeachment investigation of President Donald Trump, Tuesday, Oct. 22, 2019.

MONDAY, Oct. 21 — Mick Mulvaney said he would not resign over comments he made saying that the Trump administration held up military aid to Ukraine over an investigation into Democratic presidential frontrunner Joe Biden, his son Hunter and the Democrats; President Donald Trump accused Democrats of “fighting dirty” during the impeachment inquiry.

TUESDAY, Oct. 22 — Trump called the impeachment inquiry a “lynching” on Twitter; House minority leader Kevin McCarthy defended the president’s sentiments while admitting, “That’s not the language I would use,”; South Carolina Republican Lindsay Graham defended Trump’s choice of words; the U.S.’s top diplomat in Ukraine, Bill Taylor, testified behind closed doors that Trump withheld military aid to Ukraine, demanding in exchange that the Ukrainian government open an investigation into Democrats and the Bidens; Taylor also said that Gordon Sondland, the U.S. ambassador to the European Union told him that giving the military aid was contingent on Biden and the Democrats being investigated.

WEDNESDAY, Oct. 23 — Laura Cooper, a senior Department of Defense official overseeing U.S. policy towards Ukraine, testified behind closed doors, in defiance of the Pentagon’s order for her not to; around two dozen Republicans stormed secure committee rooms in protest against the private sessions where both Democrats and Republican committee members are allowed to ask witnesses questions.

FRIDAY, Oct. 25 — Three House committees sent subpoenas to Office of Management and Budget officials Michael Duffey and Russell Vought, as well as State Department counselor T. Ulrich Brechbuhl; Charles Kupperman, a former deputy at the National Security Council under John Bolton, filed a lawsuit asking a federal court to decide whether he should listen to members of the legislative branch, who have subpoenaed him to testify, or the executive branch, who have told him not to; a judge ordered the Justice Department to give the House secret grand jury testimony from Special Counsel Robert Mueller’s Russia investigation.

THE WEEK AHEAD: Testimony is expected from two former NSC officials.