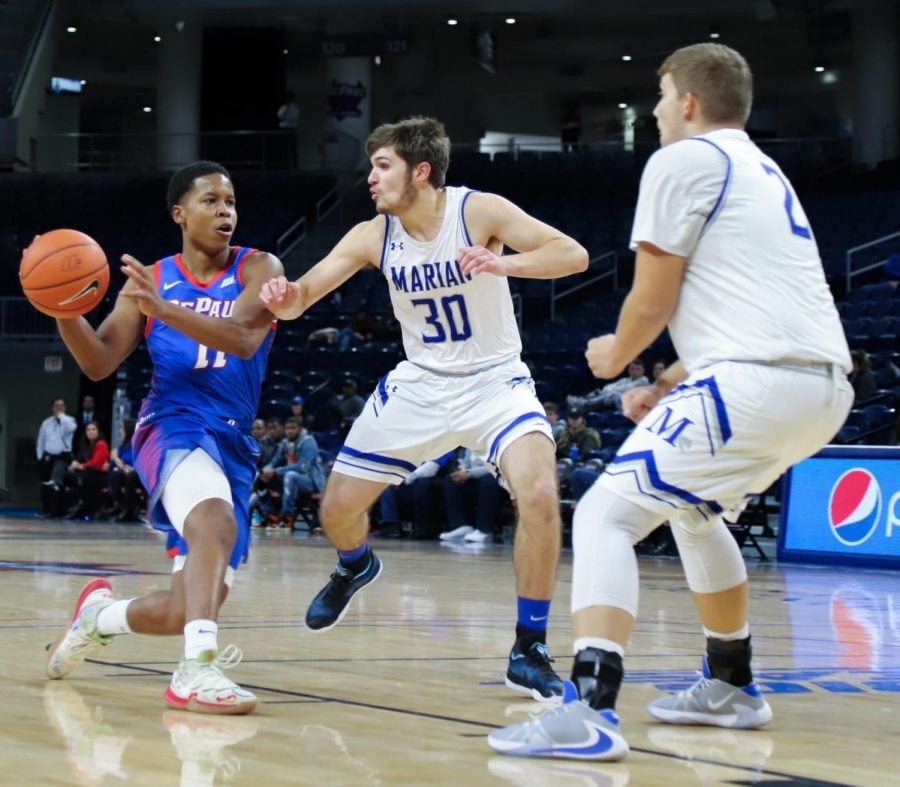 It’s been more than 30 weeks since the DePaul men’s basketball team played in a competitive game, but that will come to an end Tuesday night when the Blue Demons begin their 2019-2020 campaign by hosting Alcorn State.

The last time DePaul played in a game that counted was game three of the CBI championship series against South Florida. The Blue Demons lost 77-65, but they finished that season with their first winning record, 19-17, since the 2006-07 season. That loss not only spelled the end of DePaul’s season, but it was also the final game for the Blue Demons’ old guard. Senior leaders Max Strus, Eli Cain and Femi Olujobi all graduated last season.

Now, a new era will begin for the men’s basketball team on Tuesday night. That new era will include a top-30 recruiting class, headlined by freshmen Romeo Weems and Markese Jacobs, a matured front-court duo in juniors Paul Reed and Jaylen Butz, and transfer junior guard Charlie Moore promises to bring a new dynamic to the Blue Demons’ backcourt.

All of these players, new and old, are part of a DePaul basketball team that is deeper and more talented than it has been in years past. While the players look great on paper, it is time to find out if all of that talent can convert itself into wins.

The Blue Demons’ first opponent of the season is Alcorn State, who plays in the Southwestern Atlantic Conference. The Braves posted a 10-21 overall record and a 6-12 record in the conference last season, which was good enough to finish in seventh place in the SWAC.

Alcorn State returns a veteran squad from last season, with 13 of their 17 players being upperclassmen. The Braves will look to rely on their veteran presence against a young Blue Demons team that only has two seniors on the roster this season.

Unlike DePaul, who lost their leading scorer from last seasons team, Strus, Alcorn State’s leading point getter returns for his senior season. Guard Maurice Howard led the Braves in scoring with 13.7 points per game, which ranked fourth in the conference

at the end of the season.

The Braves will look to attack the Blue Demons inside the restricted area because when they outscored their opponents in the paint they were undefeated last season, 7-0 overall and 3-0 in the conference.

But Alcorn State will have their hands full with DePaul’s big men as well, both forwards Reed and Butz are expected to start and be a vital part of the Blue Demons’ inside attack. Senior guard Jalen Coleman-Lands and Weems are expected to start along Reed and Butz, leaving the only question mark in the starting lineup to the point-guard position.  Either junior Devin Gage or Moore will most likely get the nod against Alcorn State.

While the Braves will look to spoil DePaul’s night, history isn’t on their side. The Blue Demons are 88-8 all-time in their first home game of the season, and have won 12 of their last 13 home openers.

DePaul is a 24-point favorite heading into the season opener against Alcorn State with tipoff scheduled for 8 p.m. at Wintrust Arena.