Pancakes vs. Waffles: How do the classic breakfast foods stack up? 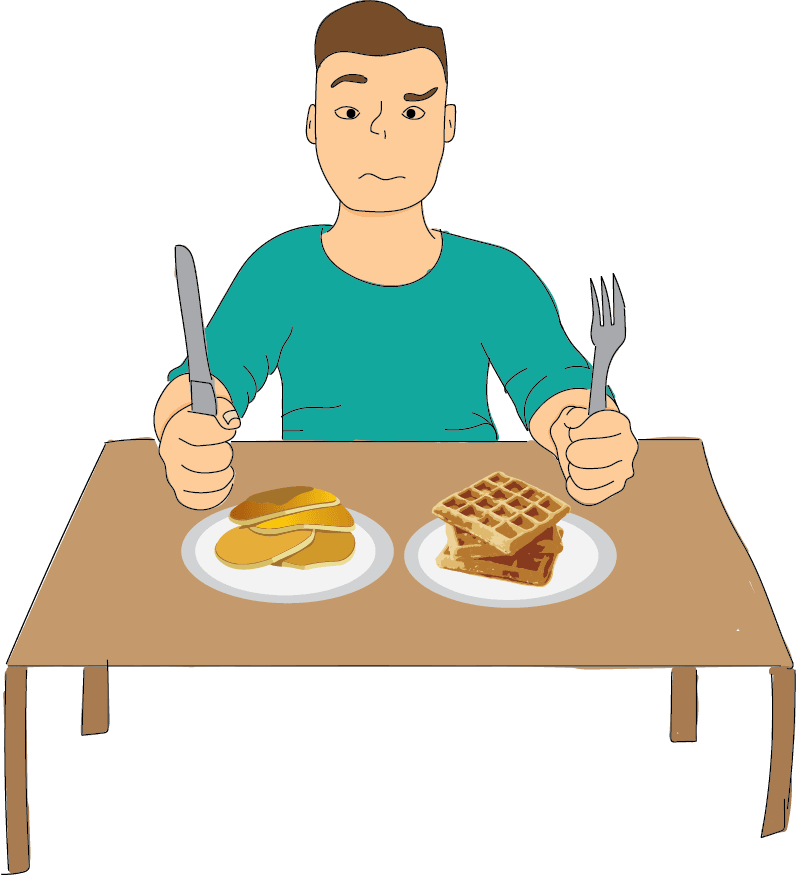 As winter chills prompt blankets and hot chocolate by the fire, there is one decision of utmost importance. Which should you make on your cozy Sunday mornings: pancakes or waffles? What should be the most important meal of the day may just be the most complicated question to answer.

A seemingly simple decision, yet one that seems to have lasted for eons. Moreover, one that may never be definitively answered in the everlasting battle for breakfast supremacy. It may also be a more complicated decision than first glance suggests.

Most people have a favorite between the two, but that can usually be attributed to their environment growing up. What their parents made more often at home, whether their area had more IHOPs or Waffle Houses or maybe their only waffle tasting samples have been frozen – “L’Eggo My Eggo.” The preference may follow them into adulthood, or they may come into their own and pick their plate themselves.

Which one should people prefer though? From a completely objective standpoint, that is. The fluffy and spongy consistency of pancakes or the combination of a crispy exterior and light interior that characterizes a classic waffle?

In an attempt to determine the truly superior dish, let’s put aside childhood memories. The smell of bacon and eggs wafting into our rooms as we roused from our deep slumbers. Sunday family outings to the best breakfast joint around. Even those glorious anomalies where we were blessed with breakfast for dinner, and consequently didn’t sleep that night.

Now that we’re all craving one or the other, let’s break down the battle into several categories: pedigree, flavor, nutrition,  texture and toppings, ease and convenience and versatility.

“Definitely waffles here,” Bell said. “Everyone likes them sweet, but they’re amazing savory too. Like chicken and waffles.”

Both are fairly equal when it comes to sweet dishes. The classic syrup, whipped cream and fruits are interchangeable between the two. You can throw ice cream on top of either if you want a dessert dish, too.

They both can be savory, but waffles are better known for their savory style preparations.     Along with chicken, they pair nicely with gravy or chili. Pancakes tend to turn into mush with anything heavier than syrup. Point to waffles here.

Each one is sweet and both are very bready dishes. Waffles tend to be a little more so, due to recipes generally calling for more butter than those of pancakes.

Others like Yasmin Vinalay, a staff member of DePaul’s 312 Diner, had their own opinions.

“Put pecans into the batter for either one and they come out tasting amazing,” she said. “I really don’t have a preference.”

It’s easier to undercook pancakes than waffles and, if done wrong, they can come out really bitter, but if cooked right this becomes purely a contest of personal taste. Flavor is a tie.

“I guess I like waffles better because I like the crisp,” said Angelic Bell, another staff member of DePaul’s 312 Diner. “Plus, I like how they hold toppings together.”

Waffles do tend to come out crispier and their compartments provide a nice nesting spot for strawberries, bananas or any other toppings. They also keep their crispiness relatively well when drenched in syrup instead of soaking it in and becoming soggy.

From another perspective, some people might prefer the fluffier consistency of pancakes.

“It depends on my mood but most of the time I just prefer how soft pancakes are,” Dutka said.

The texture really comes down to preference, fluffy or crispy with a soft interior, but the compartmentalized structure built for toppings gives waffles the edge here.

With a result no one could have ever guessed, we have a tie. Both have their perks and the deciding factor ultimately ends up being personal tastes.

If you don’t want to go out and buy a waffle iron, then pancakes gain a slight edge. But this result seems to tell us that both can be amazing and share the throne at the top of the breakfast food chain.

Both date back a long ways. The origin of waffles is believed to date back to the ancient Greeks, according to The National Museum of American History. Although the lineage of the waffle is long and illustrious, the first modern versions of the waffle iron came about in the early 18th century. Prior to then, they were more akin to thin wafers than the waffles we know today.

The origin of pancakes goes back much further. National Geographic traced the dish all the way to our prehistoric ancestors who were mixing flour, made from cattails and ferns, with water and cooking on hot, greased rocks as much as 30,000 years ago. They also believe that pancakes, or something very similar, “seem to have been a common item of diet,” by some 5,300 years ago – the time period Otzi the Iceman was traced back to.

IHOP and Waffle House, the two largest chains in the U.S., respectively, for pancakes and waffles also give some insight into the more objectively popular dish. According to a study done by Deadspin.com, Waffle House dominates solely the Southern region of the U.S. and IHOP far outnumber them everywhere else.

In both history and popularity, at least in the U.S., pancakes take this one by a landslide.

There is a distinction between the two. Waffles do need an extra appliance—the waffle iron—but if you do have one then cooking doesn’t get much simpler.

“[Making waffles] is really easy for us cooks,” Vinalay said. “All we need is the batter, toss it on the iron and there you go.”

There is a little more technique to pancakes. If undercooked, the middle can come out creamy and bitter. It’s also common for the first pancake of the batch to burn. However, all you need to make them is batter and any type of hot, flat surface.

It may be a slight inconvenience to go out of your way to buy a waffle iron, but on the bright side, they’re surprisingly versatile if you do get one. Enter quesadillas, sandwiches, brownies, biscuits and a few other convenient dishes.

You don’t need as much to make pancakes, but waffles are little harder to screw up. This one ends in a tie. 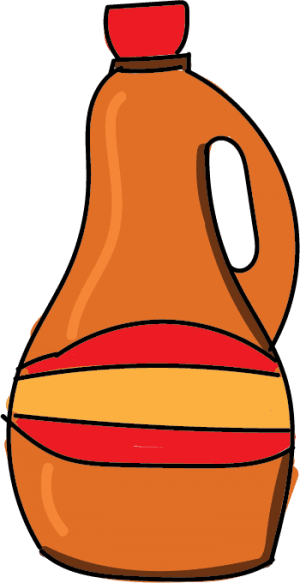 Let’s be honest, no one eats either for health purposes—except for DePaul junior Andriy Dutka.

“I eat pancakes for the protein,” Dutka said. “They’re a really important part of my daily diet.”

After accounting for syrup, butter and any other toppings one can add on, the detrimental health factor increases tenfold. They can be made healthier by using substitute ingredients like almond flour or gluten free products.

On the one hand, restaurants tend to serve pancakes in larger quantities, which increases the detrimental health factor. On the other, those same restaurants often top waffles with whipped cream – a great way to increase blood sugar levels.

When comparing one to one though, waffles have about 100 more calories in classic recipes. Slight edge to pancakes on this one.