Active-duty military suicides on the rise 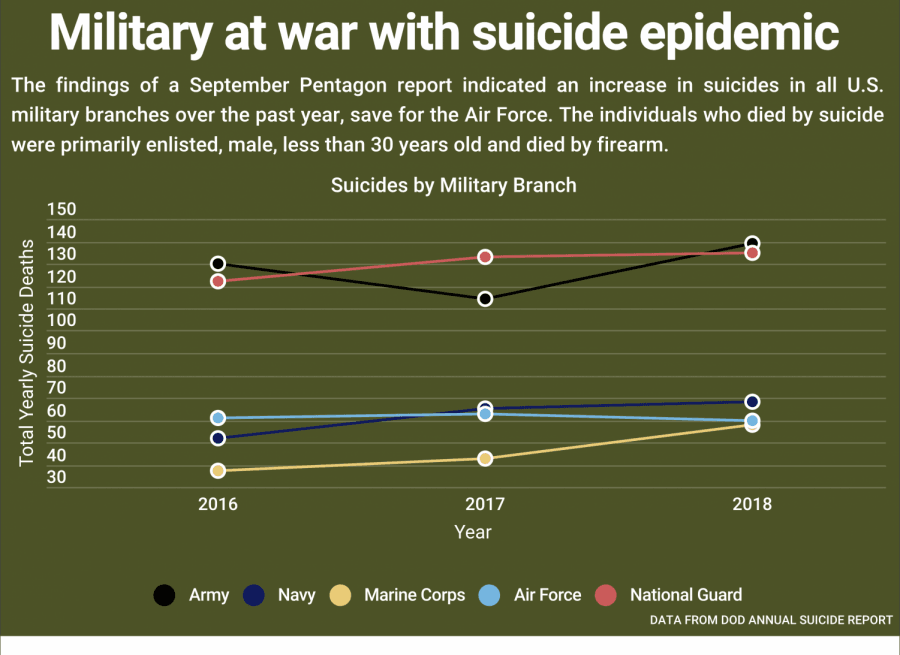 The number of suicides among active-duty military personnel increased almost 6 percent from 2017 to 2018, according to a Department of Defense report released in late September.

Most of those who took their own lives in 2018 were males under the age of 30.

The Annual Suicide Report, the Pentagon’s first, noted that stigma surrounding perceptions of weakness “or of being treated differently by leadership” may prevent those who need help from seeking it.

Among the suicide prevention initiatives currently being developed by DoD are “an easy-to-remember slogan” for safely storing firearms and several intervention programs. 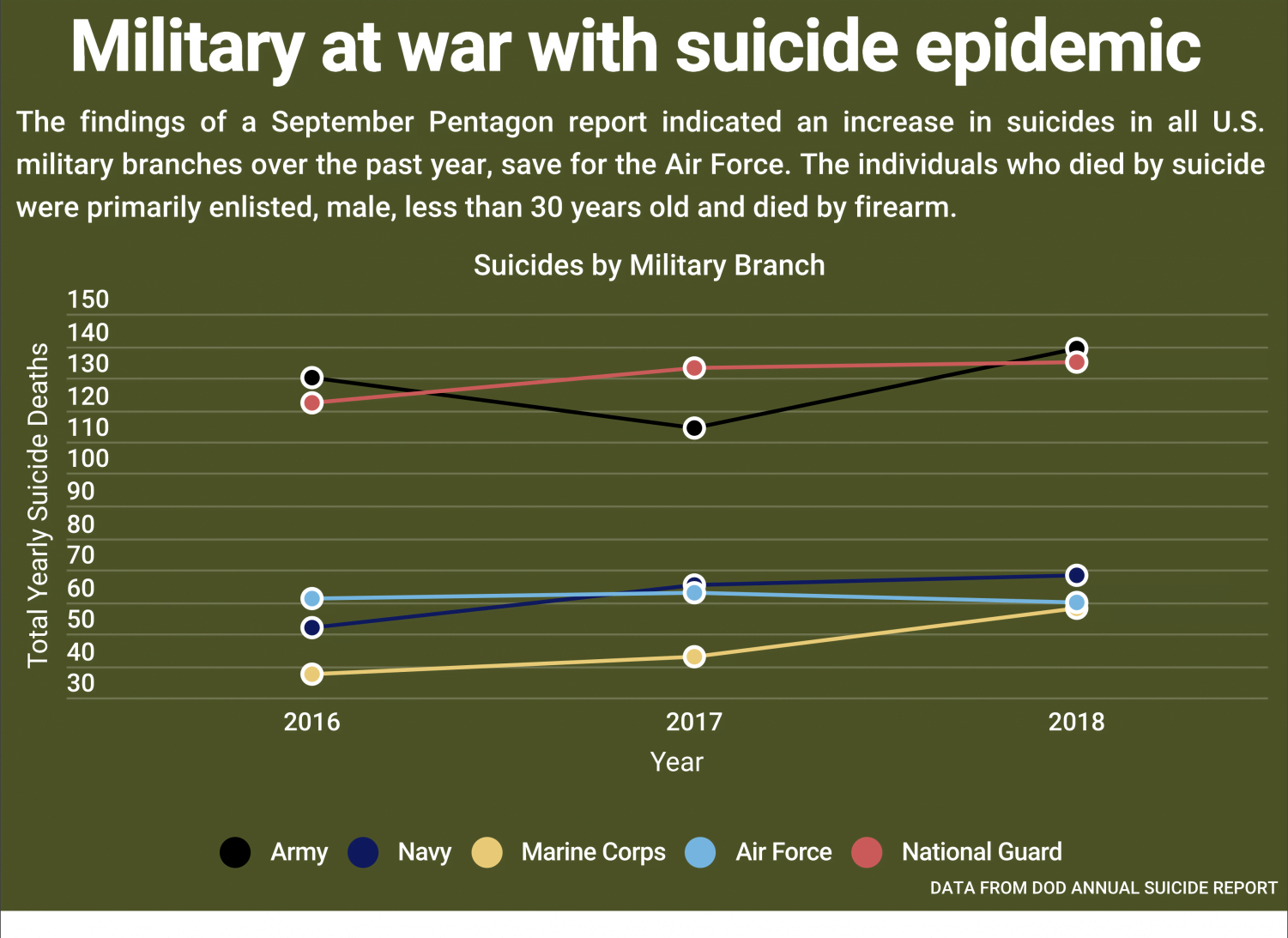