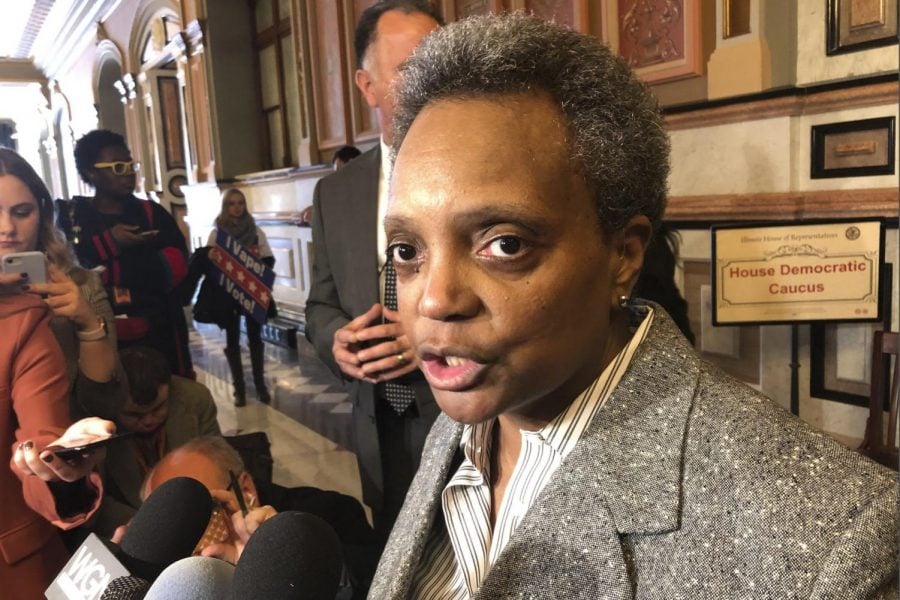 Chicago Mayor Lori Lightfoot talks to reporters after meeting with House Democrats for an hour at the state Capitol, Tuesday, Nov. 12, 2019, in Springfield, Ill. Lightfoot is seeking a break on proposed taxes on a planned Chicago casino to attract developers and wants the Legislature's help on plugging a city budget hole.

The Democrat is troubled by a study last summer that showed that Illinois’ “onerous” tax structure on casinos would hamstring the Chicago gambling house approved by the Legislature in the spring. The study estimated a casino operator would see profits of only 1%.

Lightfoot told reporters after meeting with House Democrats that talks are continuing and said legislation to fix the casino problem would come “shortly.” She didn’t say whether that meant before Thursday’s adjournment of the fall session.