EDITORIAL: The Daily Northwestern’s clumsy editorial was a well-intentioned attempt at ethical journalism, but set a dangerous precedent 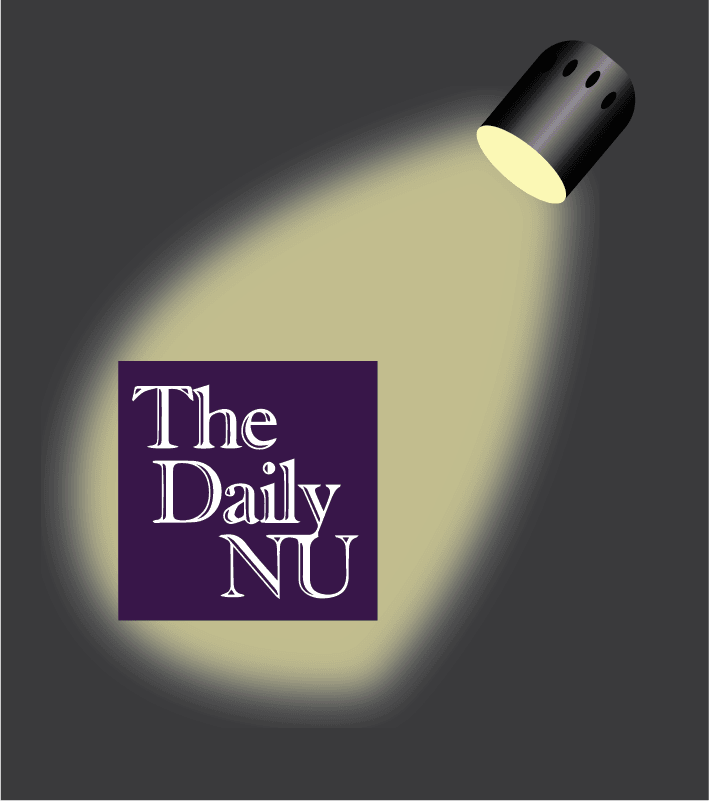 When the Daily Northwestern published its editorial last week apologizing to students for publishing photos of them protesting former U.S. Attorney General Jeff Sessions’ visit to campus, journalists from across the country took aim at the student newspaper.

Alumni of Northwestern’s famed Medill School of Journalism couldn’t wrap their heads around why their old student paper would apologize for doing their jobs. It seemed antithetical to everything they remember being taught. To most journalists, the apology didn’t look like the display of empathy that the editors had intended; it looked like a blatant forfeiture of their essential rights as journalists.

And despite The Daily’s best intentions, that’s exactly what it was.

In bending to the public outcry, The Daily set a dangerous precedent in blurring the lines between what is private, what is public and how journalists are allowed to interact with those spaces. Without those privileges, the pursuit of truth is futile.

“One of the biggest problems US journalists face in this day and age is how few people understand what standard news-gathering process looks like,” New York Times reporter Maggie Haberman wrote on Twitter. “A student newspaper saying normal process is somehow a bad thing is incredibly troubling.”

As a fellow student editor, I must say: My heart goes out to the editors at The Daily. When the criticism rains down from your student body, it can be hard to know how to react — and it hurts to know you’ve caused harm. To then be subject to a tidal wave of hate (including Twitter-verified journalism big-wigs) upon trying to address the problem only feels worse. At The DePaulia, we know this first hand.

What we have learned from our own experience with issues like this is something that has been largely missing from this week’s discourse: If someone claims to be harmed by our reporting, they deserve to be taken seriously. Who are we to say they weren’t? So instead of saying how worried we are about what our readers don’t understand about our jobs, The DePaulia will make efforts to be more transparent with what we do and how we do it.

Last spring, The DePaulia found itself embroiled in a remarkably similar controversy with a student who was unhappy with a photo we published of them speaking at DePaul’s annual “Take Back the Night,” event, which serves as a call to action and awareness of sexual assault on campus.

As this was a public event, we did not seek permission to bring a photographer; it was well within our right to attend. However, due to the sensitivity of the subject matter, we reached out to the event organizers with advanced notice that we would be bringing a photographer. The organizers embraced our presence and took it upon themselves to print flyers notifying attendees and speakers that they may be photographed. Seldom will you find more transparent coverage of a public event.

Within just a couple hours of our story hitting the newsstands the following Monday, the backlash ensued. Issues of that week’s paper were stolen from newsstands and the Twitterverse put our ethics on trial. In a hot panic, feeling that we had somehow wronged an innocent member of our community, we replaced the photo on our website. We were concerned that we may cause more damage.

Luckily for us, DePaul’s Center for Journalism Integrity and Excellence was hosting a journalism icon who offered some advice on how to navigate the situation.

“If I had gotten that call, I would be empathetic, but firm,” New York Times Executive Editor Dean Baquet, who is no stranger to high-profile controversy at his own publication, told The DePaulia. “I would say, ‘I get it, I get that it’s painful. But you were in a public forum, and there’s no way we could have not covered it.’”

“The first thing I would do is write an editorial,” he said.

In our editorial, which ran the following Monday, we took a strong, perhaps arrogant, stance — we’re right, you’re wrong. And as journalism professors praised our response on social media, the chorus of students unhappy with our conduct grew louder. And we grew more reflective.

And if we could do things over again, we would borrow from the spirit The Daily showed last week by showing a little empathy for those we harmed, and stop short of pointing the finger in the other direction.

In the coming months, The DePaulia will take the time to produce content discussing our role as student journalists, your rights as the potential subjects we cover and the ethics that govern our industry in an effort to be more transparent and build back any trust we may have lost over the last couple years. Our inboxes are open to any and all suggestions for how that might look.

Of course, we cannot promise to eliminate upsetting content entirely from future coverage. Some harm is easy to identify and simple to avoid. But other times, it’s far more abstract and impossible to predict. Restricting our coverage from what may upset some of our readers is not a solution we can accept.

In The Daily’s apology, they wrote that in the pursuit of “documenting history and spreading information, nothing is more important than ensuring that our fellow students feel safe…” While we hope to accomplish both of those things at the same time, this policy is misguided, and we urge The Daily to reconsider.

We all must recognize that being safe and feeling safe are two very different things. Keeping students safety in mind should always be a priority. For example, publishing an innocent person’s name in a way that could bear negative consequences on their economic, social or physical well being is a threat to student safety. Most newspapers would avoid publishing a private address.

But feelings aren’t the same thing — they are messy and subjective, a reflection of one’s own personal perspective. Do you feel safe on a plane? It’s more than likely that you don’t, despite it being the single safest way to travel. Do you feel safe when you read a story about a series of violent crimes in your neighborhood? Probably not, but would you rather not know?

The Daily is right, however, to consider how their students feel. We can all learn from and employ that kind of empathy. But when our feelings and empathy sit at odds with what is in the public interest writ large, the public interest must always come first. Regardless of how some readers may feel.

This discussion will continue at student newspapers across the country as we wade into a more sensitive, for better or worse, world. We should continue to be frank with mistakes that are made, but above all, encourage the next generation of journalists emerge from the turmoil stronger and more motivated than ever before.

“Don’t make judgments about them or their mettle until you’ve walked in their shoes,” Medill School Dean Charles Whitaker wrote following The Daily editorial. “What they need at this moment is our support and encouragement to stay the course.”

Errors in judgement deserve fair and honest criticism, but more than that, they deserve forgiveness.