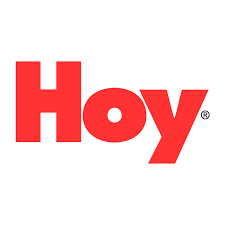 The Chicago Tribune Guild, an organization of journalists, announced on Twitter the shut down of Hoy Media, the city’s leading Spanish-language newspaper, by Tribune Publishing last Tuesday.

“We’re deeply disappointed that Tribune Publishing is shutting down Hoy, which has gone beyond stereotypes and provide meaningful news to the vast body of Spanish-speakers in our region,” the Chicago Tribune Guild tweeted.

Hoy Media has been serving as a voice for the Latinx community for 16 years since launching in 2003.

Since then, the Spanish-language paper ran daily until becoming a weekly publication in 2017.

The shutdown will end Hoy’s publication both in print and online on Dec. 13.

Sandra Guy, a Sun-Times journalist and journalism instructor at DePaul, said she’s saddened about Hoy’s shutdown as it’s silencing the vital voice of the Latinx audience.

“Nearly 30 percent of Chicagoans are Latinx; it’s another blow to the Latinx community in this political environment,” Guy said. “It’s also a loss of opportunity for Latinx journalism students to jump-start their careers with a published story in ‘Voice It.’

‘Voice it,’ Hoy’s English-language publication aimed at millennial and college-age readers,  had a partnership with Guy’s journalism class, allowing 13 DePaul students’ bylines and biographies to be published in Hoy.

The Latinx community now makes up about one-third of the total population in the city and about 58.9 million live in the United States, according to the Census Bureau.

But this year, publications like the New York Times en Español, BuzzFeed News Mexico and Huffpost Mexico have closed their Spanish-language news division.

“I truly valued Hoy Media because it served an important part of the Chicago population, of the Chicago Tribune audience – I never left because I truly believed in the service it did our Spanish-speaking community,” Rodríguez tweeted.

Richard Requena, a former Hoy intern and junior journalism student at DePaul, said he’s in disbelief as no other publication cover stories like Hoy does.

“What makes Hoy unique are their reporters,” Requena said. “They’re very invested into their communities and catering to their niche audience.”

Requena said reporting the stories of the Latinx communities was a great experience for his journalism career.

He interned at Hoy last summer as a multimedia journalist, reporting, producing and translating stories on the West and South Sides for Hoy’s publications, ‘Voice it’ and ‘Fin de Semana.’

“Print is dying off but it was unexpected to hear its termination; it was out of the blue,” Requena said.

The publication has experienced a shortage of staff to about half a dozen of employees, said Tilden Katz, spokesman for Tribune Publishing.

“For the past four years, I’ve poured my heart and soul into not only reporting – but also photographing and editing video stories – of our Spanish-speaking community in Chicago for Hoy,” Rodríguez tweeted.

A statement released last Wednesday from the Latino Policy Forum said Hoy Media has been a symbol and a source of pride for Chicago’s Latino community.

“Tribune Publishing’s decision to cease operations, creates an enormous void at a time when Illinois’ 2.2 million Latinos constitute the largest and one of the fastest growing minority groups in the state,” Latino Policy Forum said.

Guy said as the third-largest media market of the nation, she hopes Chicago will find a way to serve the city’s vibrant and diverse communities.

Requena hopes the Chicago Tribune keeps a section of their local news in Spanish or that the loss of Hoy will inspire journalists to launch their own independent Spanish-language media.

“I’m committed to continue doing just that: ‘To continue to showcase the essence of the Latino community, lifting the Spanish-speaking voices, and our immigrant community beyond stereotypes and negative coverage,’ whether it be with the Chicago Tribune or any other company,” Rodríguez tweeted.