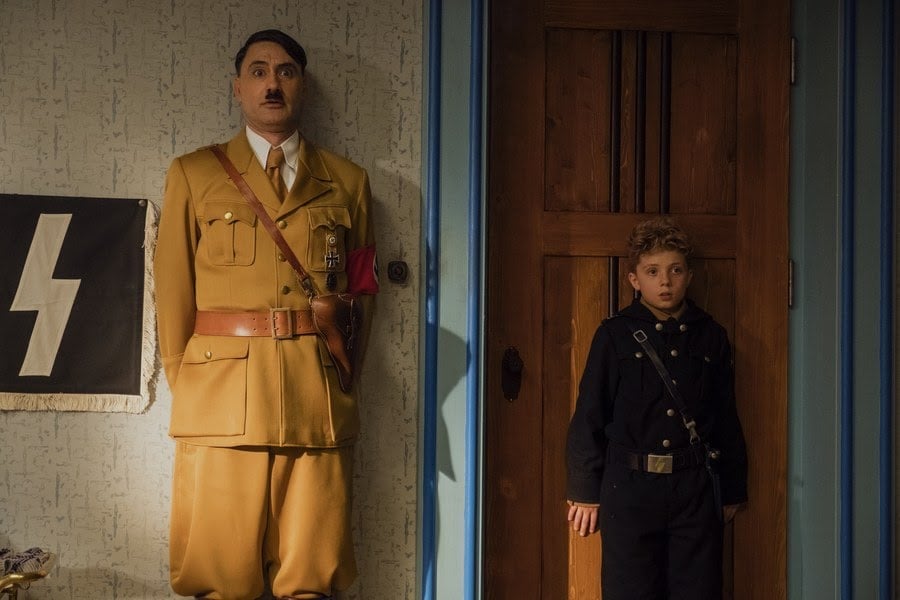 Who would have ever thought there would be a movie about a boy having Adolf Hitler as his imaginary friend? “Jojo Rabbit” is that film.

The film is directed by Taika Waititi, who is no stranger to making films relying heavily on comedy. One of his best films includes “What We Do in the Shadow,” which is a horror-comedy about a trio of vampire roommates, ‘mockumentary’ style. One of his other successful films is “Thor: Ragnarok,” the third entry in the God of Thunder’s solo outings. Ragnarok is regarded as one of the funniest Marvel Cinematic Universe movies, and the best solo “Thor” film.

What makes “Jojo Rabbit” interesting besides in story and plot is the connection Waititi has with the subject. Waititi is half Jewish and plays the imaginary Hitler in the film. As reported on forward.com, a Jewish American news site, Waititi was skeptical about playing Hitler.

“It was very strange for me to have to put on the suit and put the mustache on…,” Waititi said during an interview with a reporter at the Karlovy Vary International Film Festival in the Czech Republic.

Waititi defended making a comedy about a boy in Nazi Germany.

The film itself can be described as a war story that a family could enjoy. Compared to other World War II films, this is on the other end of the spectrum.

The film is about Jojo and his goal to become the best Nazi possible, hoping to become part of Hitler’s private guard’s staff. After an accident during a retreat, Jojo slowly falls back and sees that being a Nazi is not what it’s cracked out to be. Not to mention his mother, played by Scarlett Johansson, is also hiding a Jewish girl in his sister’s room.

Besides Waititi playing a cartoonish yet historically accurate Hitler, the entire cast plays its roles with a sense of enjoyment. The actors not only show a wide range of emotions, but that they’re having fun.

Archie Yates stands out in his first credited film role. Yates plays Yorki, the best friend to Roman Griffin Davis’s Jojo. Yates plays the character showing how, at the time, children in the Hitler Youth program were taught to hate and taught how to become soldiers. He appears later in the film in a full uniform and is enjoying his time, but sees it more as an activity than a life or death situation.

That is what makes “Jojo Rabbit” so funny. The kids in the Hitler Youth program are seeing this as a summer camp when it’s really them selling their lives in support of Hitler’s vision.

Overall, “Jojo Rabbit” is a unique take on an important time in history. It’s a more sophisticated parody of what really happened and shows the harsh realities some Germans faced during World War II. It’s funny, serious and worth checking out.