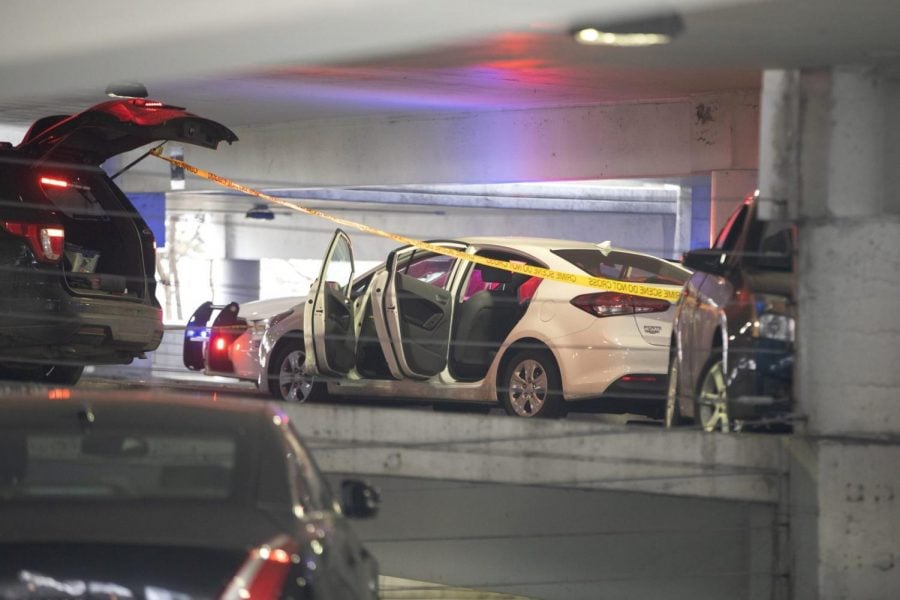 A white vehicle is parked at the scene of a death investigation in a University of Illinois at Chicago parking garage Saturday, Nov. 23, 2019, in Chicago. Authorities say the body of a missing University of Illinois at Chicago student has been found in a car inside campus parking garage.The Cook County medical examiner identified the woman found Saturday as 19-year-old Ruth George of Berwyn.

The death of a University of Illinois at Chicago undergraduate student whose body was found inside a campus parking garage has been ruled a homicide.

UIC police Chief Kevin Booker said Sunday that a person of interest was in police custody and the suspect has no affiliation with the Chicago school.

Campus police found George unresponsive in the garage on Saturday after her family had reported her missing. Chicago authorities pronounced George dead at the scene.

School officials said in a letter circulated to students that campus police are working with city and federal law enforcement agencies in the investigation.