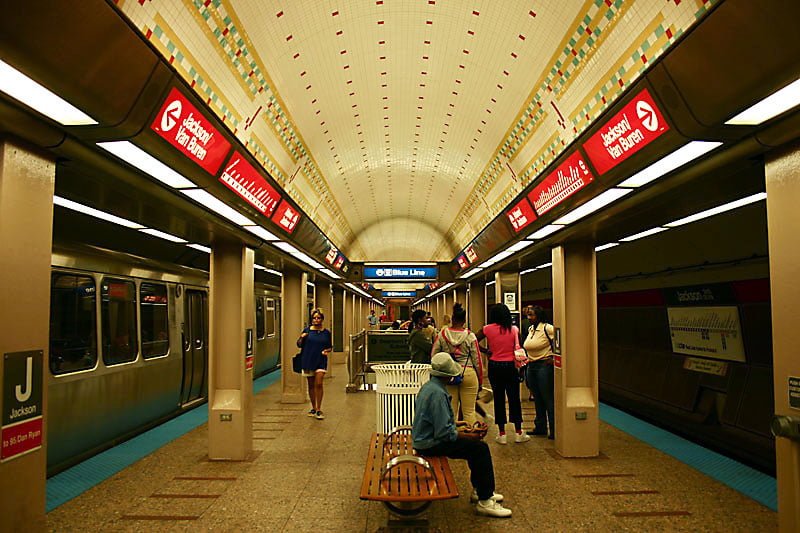 The CTA says they will add over 1,000 cameras at CTA locations, including cameras at every one of the 146 L stops. (Photo courtesy of Wikimedia Commons)

The six-car train decorated with holiday scenes, lights and LED displays will begin service Friday on all CTA lines. Santa and his reindeer will ride along and greet children and their families.

Saturday riders will get to see a similarly decorated Elves’ Workshop Train that will run behind the holiday train.

Santa will be riding the bus, too.

The CTA’s holiday bus, which was to debut at the weekend’s Magnificent Mile Festival of Lights Parade, will take up 15 different bus routes during the holiday season.

The bus exterior features Ralphie the Reindeer with his bright green nose. The interior features artwork created by students at Perkins Bass Elementary School in Chicago.