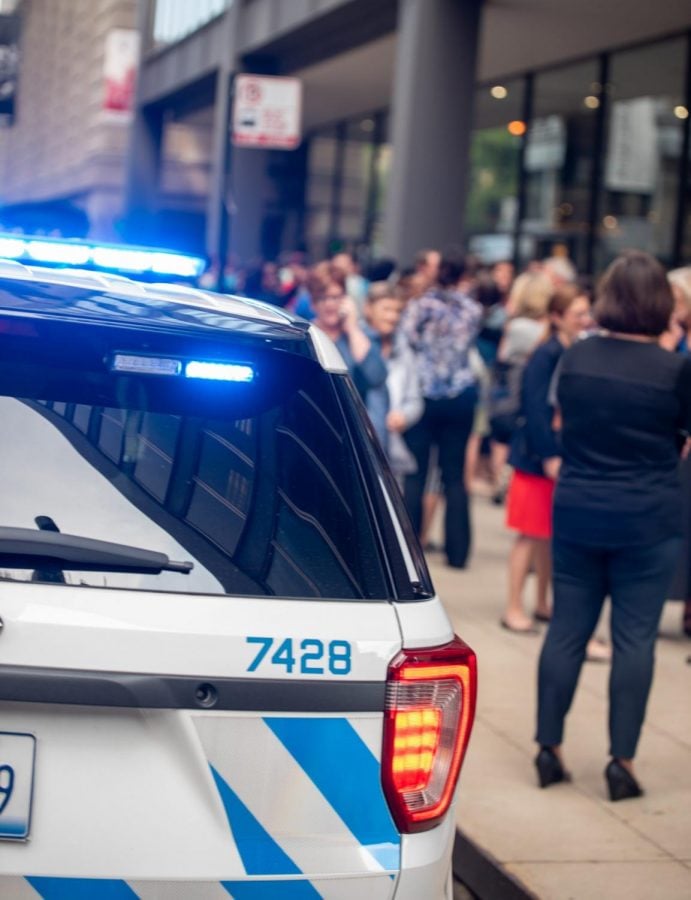 CPD car parked outside 55 E. Jackson as police investigated a bomb threat called into the 22nd floor, where the president's office is located.

A man was stabbed Friday morning on a Red Line train at the Fullerton stop by DePaul’s Lincoln Park campus, the Chicago Sun-Times reported.

A 29-year-old man said he was on the train about 6 a.m. and tried to calm down another man who had been yelling, and the other man, 31, attacked him and they began fighting. The 29-year-old man then used a pocket knife to defend himself, he told police.

The 31-year-old’s injuries were not considered life-threatening, according to police and fire officials.

Howard-bound Red Line trains were delayed for over an hour.