Real ID is coming — here’s what you need to know 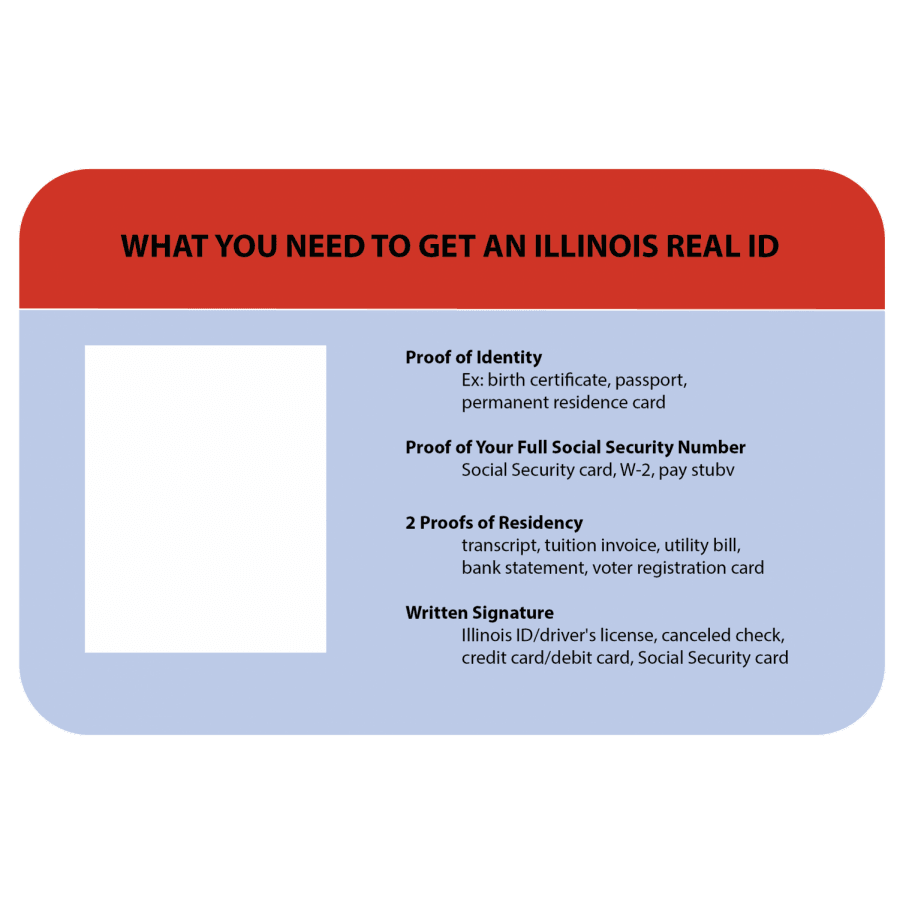 By Oct. 1, 2020, Illinois citizens will be required to have a Real ID in lieu of a state ID or driver’s license in order to fly domestically and access secure federal facilities like military bases.

A Real ID isn’t required to fly domestically or enter these facilities – Illinois residents can still use a passport and military ID, just not a state ID or driver’s license.

This final deadline comes 15 years after the federal government originally adopted the legislation. The Real ID Act was passed in 2005, under the recommendation of the 9/11 Commission, an independent bipartisan commission created in 2002 to analyze the attacks and suggest preventative measures for future threats. The act reflects the group’s endorsement for an increase in the minimum security standards for license issuance.

“This is a federal mandate,” said Dave Druker, the press secretary for the Illinois Secretary of State, “so it’s not something that would have been, all things considered, our choice to do.”

Since the act was enacted, many states, including Illinois, have struggled to roll out Real ID, leading to a decade of pushbacks and extensions. According to an article by Stateline in August 2019, miscommunication about required documents between state departments in California and Maryland and the Department of Homeland Security left some residents with invalid Real IDs, forcing them to reapply .

Rollout of Real ID has left many Secretary of State facilities and DMVs struggling to accommodate the volume of customers. A woman in Lombard cited a three hour wait in an interview with the Chicago Sun Times.

According to Druker, these wait times are largely concentrated in busy locations like Deerfield, the

“We’re the sixth largest state in the country,” Druker said, “and when you’re dealing with that many people, it’s potentially a problem.”

In order to accommodate expected delays, the Illinois Secretary of State’s office has extended the hours of several DMV locations, and has also established  designated days exclusive to Real ID applicants.

Citizens are not required to present Real IDs to federal facilities that don’t currently require identification, such as  national parks or social security offices.

Illinois Real IDs are marked by a star located in the upper right portion of the ID. Fees remain the same as getting a baseline driver’s license or a state ID – $20 for ID and $30 for Driver’s License, and $5 if your current ID is expired.