REVIEW: How Mac Miller’s ‘Circles’ is different from other posthumous albums 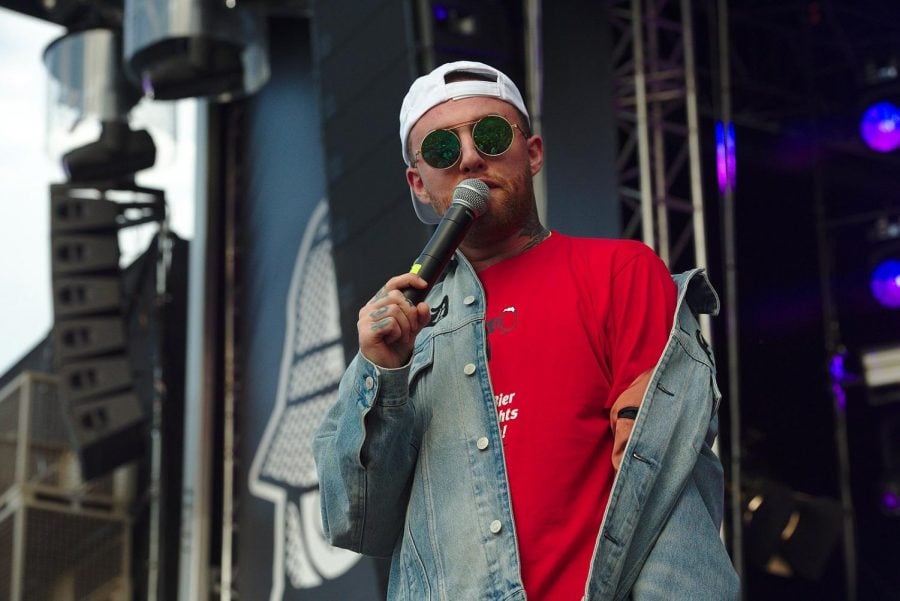 “Circles” is late rapper Mac Miller’s sixth studio album and the first release since his death on Sept. 7, 2018. Not only is “Circles” a companion album to his heartfelt and personal “Swimming” released on Aug. 3, 2018, but it is his first music released since he passed away.
This feels like a posthumous album in a different sense than other music released after hip hop artists’ deaths. Rich and poetic, Circles picks up right where Swimming left off. Conceptually, it fits a clear vision that was carefully curated by people close to Miller, including producer Jon Brion, who worked on both recent albums and worked on getting “Circles” ready for release. 22

“My God, it goes on and on. Just like a circle, I go back to where I’m from,” Miller raps on “So it Goes,” the closing track of “Swimming.
This line helps set up what Circles is a dazzling yet melancholic reflection on a young man’s life that may have felt too cyclical at times. It’s something that is easy to relate too. It’s a trap that youth sets up, falling into a routine where we constantly clash with ourselves.

Mac Miller’s family announced the album on Jan. 8 on Miller’s Instagram page, which had been inactive since his death. The post started with a certain reluctance and easing brevity that helped set up the announcement.

“Here we are,” his family wrote. “The act of having to write this at all feels surreal. At the time of his passing, Malcolm was well into the process of recording his companion album to Swimming, entitled Circles.”

The rapper’s death was a heartbreaking event that was a part of a string of recent deaths by young creatives in the hip hop world. A few different recent artists have had music released after their deaths like Juice WRLD, Lil Peep and XXXTentacion.

There is a moral dilemma when it comes to marketing and proceeds from a dead artist’s work. You can never be sure that the music was released in the way that the artist intended. What eased me about Circles was the silence before it. There weren’t all these teases and rumors and leaks that, in some cases, cheapen a person’s soul and life down to the works they created.

“Good News” was the first single released a week before the album’s debut on Jan. 17. The song immediately resonated as a beautiful and somber reflection on life in Miller’s current space. In September of 2018, Miller was reaping the benefits of Swimming’s success while still hard at work on Circles.

Summer 2018 had not been kind to Miller. He and girlfriend Ariana Grande broke up, and he was arrested on a DUI charge not long after. Grande got engaged to comedian Pete Davidson just six weeks after the breakup as well.

Despite struggles, Miller was said to be in “good spirits” a week before his passing according to collaborator Ty Dolla $ign, who was working on a project with him. Good News reflects on the things going on in Miller’s life. It’s a search for the things in life that spark his joy and creativity.

“Swimming in Circles is the concept,” the Jan. 8 Instagram post said. “Circles” is perfect as a companion to “Swimming.” The same themes of uncertainty and reflection run through the album.

Continuing the same themes is a huge factor in assessing this work as a posthumous album.

When people are wary of works released after an artist’s death, they wonder if people are just trying to squeeze out money from unfinished works. It’s often sad to see works from dead artists paraded around and commercialized to a great extent.

A recent example is the death of XXXTentacion, who was murdered at the age of 20 in June of 2018. The young rapper had two studio albums released since his death with no shortage of unease from the hip-hop community.
A quarrel with his family stained the music being released after his death. Some felt as if his music was being pushed out too fast and too incomplete. Although he was just 20, he had loads of unreleased work that felt stretched to fit multiple releases.

What often becomes a problem when money is made off posthumous works is who it is going to. Record labels still make most of the money off of music released after death.

People around Miller wanted this to be released in the right way, which makes it an easier listen. The album doesn’t falter and is ultimately satisfying.

Keeping a clear vision, having a polished and finished sound, and a reasonable, cautious rollout all help Miller’s Circles celebrate a life and a body of work in an unquestionable manner.