Weeding out misconceptions about recreational cannabis in Illinois

Illinois rang in the new year with the legalization of recreational cannabis for use and sale. On the morning of January 1, dispensaries were filled with customers and amongst college students.

With legalization in effect, there are many facts and guidelines consumers must know, especially those that are college students. College students are highly recognized for using cannabis products across the country; as more states legalize it, there is no doubt that the trend exponentially increases.

But before you exercise your new rights by lighting up a celebratory joint in the middle of DePaul’s quad, know all of the terms.

Just like alcohol, the new law legalized cannabis for those who are 21 and over. Cannabis products can now legally be purchased at licensed dispensaries all over Chicago.  Cannabis is legal to sell and possess in the state of Illinois but is still illegal at the federal level. The federal government still classifies cannabis as a schedule 1 drug — which means it is perceived to have no medical value and users are susceptible to abuse it. These laws also allow the growing of cannabis for medicinal users only, but there is a limit to how many plants can be grown. Similarly, there is also a limit to how much of the flower one can buy and possess, and for people coming from out of state, there is a bigger limit.

Although legalized and if you are over the age of 21, you cannot smoke – or otherwise consume cannabis products in public – similar to open container laws for alcohol. You cannot walk around campus drinking a White Claw out in the open, just like you can’t smoke a blunt out in the open. Consumption is limited only to private residences, including balconies and front porches exposed to public space. 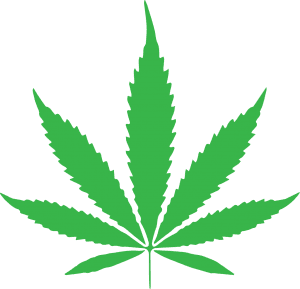 “As a university, I expect that DPU [DePaul University] not allow students to smoke on campus grounds in the spirit of not ‘promoting’ cannabis use, same as alcohol use should not be promoted,” Justin Bodner, a DePaul junior, said. “I support the institution in this case. My academic campus is not the place nor the time.”

Although student housing is considered an enclosed space, just because cannabis use and sale is legal still doesn’t mean you can use or distribute it around your dorm and campus. Before legalization in Illinois, the use of and distribution of cannabis products was prohibited- the same regulations inside student housing still stands- and students who do not comply with the regulations can face consequences.

Resident Assistant Johnny Milas shared that depending on if there is a usable amount of cannabis found, the resident director of the dorm will be notified and will call the Chicago Police Department to remove it.

The brain continues to develop until age 25 and some studies show that overuse in young people can impair brain development. Heavy use by younger people can affect short term memory as well as learning capabilities.

Use cannabis products safely and responsibly. 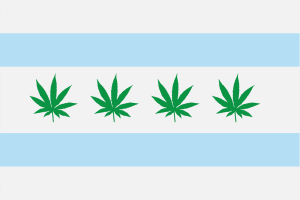 Even if a student or a consumer lives in a state where cannabis use is legalized, it is important to be aware that possessing, buying or selling cannabis products is still a federal crime. Beginning with the Obama administration, the federal government approached the cannabis legalization in a more flexible manner at the state level, allowing states to do as they wish as long as they meet certain criteria.

The Trump administration initially approached the legalization suggesting it would take a more strict approach at the state level, but instead went with more Obama-like policies.

When flying around the country, traveling through airports and going through TSA, possessing cannabis from a legalized state can be an extremely coincidental situation.

Listed on the TSA guidelines website, it states that people may travel with certain cannabis products either in their carry on or their checked bag. Along with a variety of special instructions for how cannabis products must be packaged and transported, there is also a legal limit for the amount of THC a person may travel with (0.3% THC according to dry weight basis).

TSA officers are required to report any suspected violations of the law to any local, state and federal government. Chicago is currently working with TSA personnel at O’Hare International Airport as well as Midway Airport to finalize rules for passengers since airports in states where cannabis is legal must come up with their guidelines.

Another thing that consumers should be aware of before they go to purchase at a dispensary is that very few dispensaries allow customers to pay in any other method but cash. For a long time dispensaries have struggled with banking issues in terms of receiving loans and establishing accounts. Since cannabis legalization is only on a state level and banks are financially supported on a federal level, it is difficult for dispensaries and banks to work together. Without the cooperation with banks, cannabis dispensaries are forced to operate solely with cash, unable to write checks, make deposits, and receive loans.

Uses and strains of cannabis 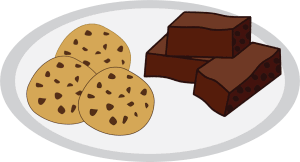 A number of studies show that cannabis has the potential to aid various medical conditions like anxiety, chronic pain and epilepsy. Medically or recreationally, each strain of cannabis can bring on different effects to the body.

Generally, cannabis is divided into three different strains: sativa, indica and a hybrid of the two. The sativa strain has a more energizing effect on the user while the indica strain tends to have a more relaxing and calming effect.

Although many dispensaries and providers like to group strains of cannabis, the expected effect is not always 100 percent guaranteed and different people experience different effects. Most dispensaries offer a wide variety of strains and products strains, many of which could bring on the effects of being energized, relaxed, relieved of pain, tired and creative.

Cannabis can now legally be sold in the forms of the flower itself, ingestible oils, edibles, vaporizers, oil and wax. Cannacaps are small capsules contained with THC that are extremely popular amongst the crowd of users as well as dabs.

Dabs are concentrated forms of cannabis created by extracting THC from the plant and mixing the extraction with a solvent like butane, ethanol or carbon dioxide which then takes a wax-like form after combining.

Users can also consume cannabis by smoking it through a dab rig, bowl, bong and rolling papers. Another way of using cannabis is in the form of an oil, which often contains more CBD than THC.

Many users also consume cannabis through food and drinks. By using cannabis oil and mixing it with regular cooking oil, users are easily able to make snacks or meals infused with THC to bake common edibles like cookies or brownies.

Up to 30 grams or one ounce of the cannabis flower can legally be purchased at once by a consumer, as well as edibles that are no more than 500 milligrams of THC, and five grams of cannabis concentrate products.