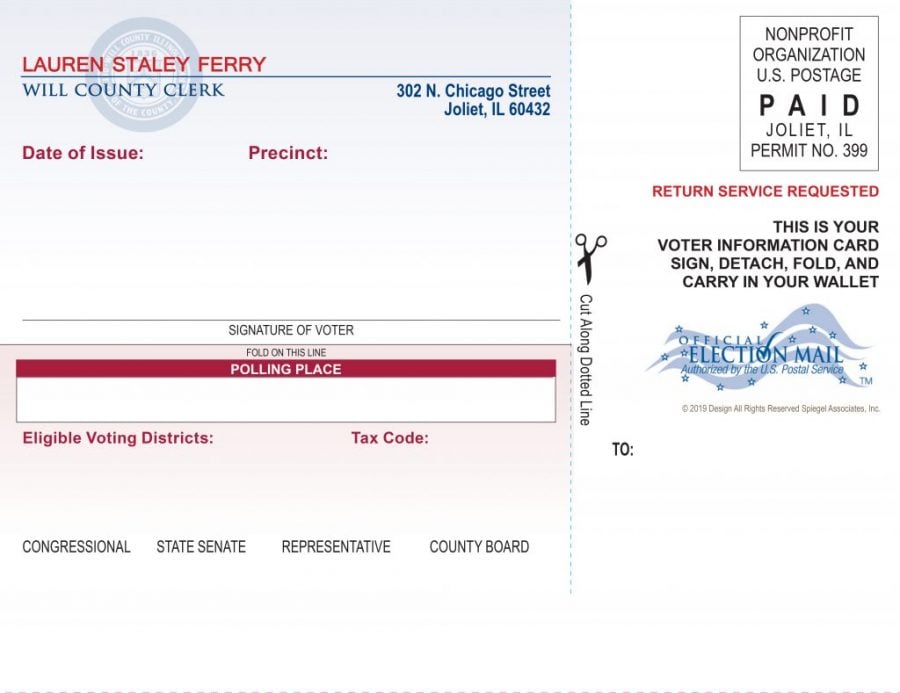 Throughout the process of implementation, however, many advocates have had concerns with how the Secretary of State’s office has carried out the bill’s provisions.

The initial criticism was with the delay of implementation, which state officials tied to Illinois’ struggle to roll out Real ID. While the law set an original deadline of July 2018, most provisions were not enacted until July 2019.

Advocates are now concerned with what they describe as unnecessary roadblocks the secretary of state’s office has included in the registration process.

Currently, citizens have access to an opt-out model of automatic voter registration when receiving a Real ID; when citizens receive a Real ID, they are automatically registered to vote unless they choose not to.

There is an opt-in process when getting a standard driver’s license or state ID in Illinois. Citizens need to check a box and sign their name attesting to citizenship to ensure that non-citizens don’t accidentally get registered, according to Matt Dietrich, spokesperson for the Illinois Board of Elections.

But, during the process, Illinoisans are required to submit a second signature — something advocates of automatic voter registration are wary of and feel is a requirement unrelated to voter eligibility.

Real ID and standard ID applicants sign their names electronically at the beginning of the process and sign their name on a paper form later, according to Ami Gandi, senior counsel at the Chicago Lawyers’ Committee for Civil Rights. The paper form is then scanned in and uploaded.

According to Secretary of State spokesperson Dave Druker, this signature is necessary to protect against non-citizen voter registration. The office claims that this signature bars not only accidental registration, but also deportation for committing a felony – voting without citizenship.

“Our point has been that people who are eligible for a driver’s license may not be eligible to vote,” Druker said.

Because the secretary of state’s office cannot ask applicants in advance if they’re U.S. citizens, the process includes two boxes to be checked: one saying an individual is above the age of 18 and the other that they are a U.S. citizen. Then, the second signature.

But some advocates say the extra signature is unrelated to citizenship affirmation and doesn’t prove citizenship; with proper implementation of the bill and engagement of community organizations, both the opt-out and opt-in processes should be safer for non-citizens.

Just Democracy, a coalition of organizations pushing for the removal of the second signature, is comprised of nonpartisan immigrant rights organizations. Gandi said they receive regular input from immigrant community members about the safeguards they would like to see so that both immigrant citizens do not have access to voting and non-citizens are not accidentally ensnared in the voting registration process.

“Under no circumstances do any of us want to see community members deported for improper voter registration or engagement,” Gandi said. “Just Democracy knows [better] than the secretary of state’s office what is going to be the real harm in communities… non-citizens should be able to show documentation and they should be screened out of the voter registration process.”

“We take very seriously the importance of protecting immigrant community members,” she added. “But that does not excuse adding signature requirements or other bureaucratic steps that are unrelated to checking or ensuring voter eligibility.”

Druker said there’s nothing illegal with adding more signatures. But extra regulations like these, Gandi said, typically end up affecting disenfranchised communities, including communities of color.

There’s a history of American voter suppression of communities of color. Requirements like multi-page registration forms and multiple forms of ID have been used in southern states to make voting seem more intimidating. Literacy tests and poll taxes weren’t banned until the Voting Rights Act of 1965. In Georgia, Secretary of State Brian Kemp was sued in 2018 for holding nearly 50,000 voting registration applications made up mostly of minority voters because of Georgia’s “exact-match” law during his gubernatorial campaign.

“Any extra steps in the registration process beyond what the law requires ends up increasing barriers to voter registration for historically disenfranchised communities,” Gandi said.

Druker disagrees that this process discriminates.

“It takes 10 seconds to check off those two boxes to say yes, do you want to vote and sign the form,” he said. “I can’t see how anybody has been discriminated against.”

“The human brain doesn’t like obstacles; you want to make it as easy and as seamless as possible,” he said. “You don’t want to make people…jump through as many hoops.”

Additionally, according to the Board of Elections, a part of the bill that instates opt-in processes at other agencies has only been partially implemented.

While the bill has registered around 740,000 voters since July 2018, according to the Department of Voter Registration, advocates believe effective implementation could specifically limit barriers to disenfranchised communities.

This effective implementation of the law would include reforms like proper language access, training employees to answer applicant questions and making the system as streamlined and electronic as possible to keep it from being confusing.

“It’s profoundly frustrating,” Young said. “Particularly in a time when we have all this idea, whether real or not, that the government is not designed to work for you… and automatic voter registration is designed to push back against that.”

Correction (Jan. 20): An earlier version of this story incorrectly referred to the Illinois Board of Elections as the Department of Voter Registration.