REVIEW: ‘Mean Girls: The Musical’ not as good as the movie but still a must-see 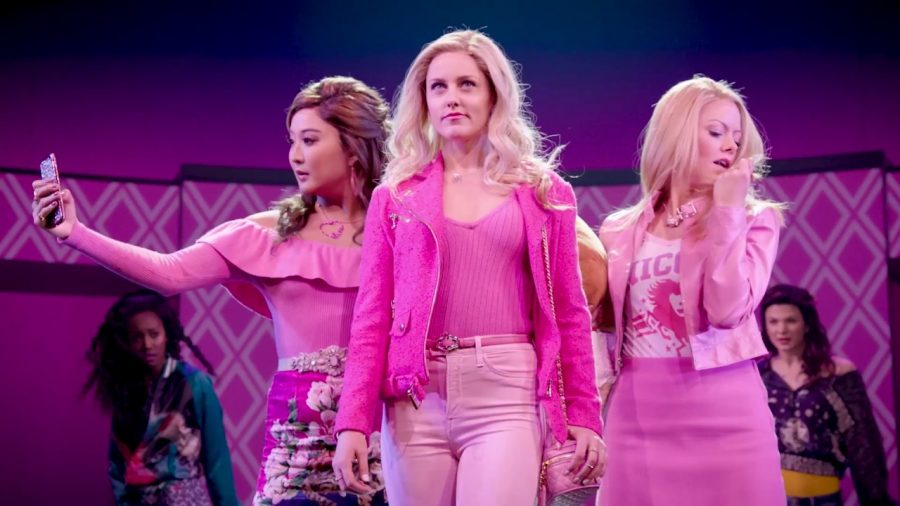 As most musical adaptations of films do, the show’s announcement was met with some criticism – why does “Mean Girls,” of all movies need to be turned into a musical? Would it even make for a good adaptation? 12 Tony nominations and a handful of broken box office records later, and the numbers seem to speak for themselves. With a book penned by original writer Tina Fey and Broadway veteran Casey Nicholaw serving as both director and choreographer, “Mean Girls: The Musical” is an undeniable success.

It was inevitable that a national tour would follow, and after months on the road, the cast has finally made their way to the Nederlander Theatre for a monthlong run in Chicago. Although neither the source material nor the musical make any attempts to be much more than a lighthearted teen comedy with a message of self-acceptance, Danielle Wade manages to bring a surprising amount of depth to Cady Heron, a character whose portrayal in the original Broadway cast sometimes errs on the side of the stereotypical ingénue.

However, Wade’s take on Cady is a more sophisticated one. She lacks some of the innocence of the film’s portrayal of the protagonist, and she quickly adapts to the lifestyle that Regina (Mariah Rose Faith) introduces her to. Her voice is spectacular and well suited to the show’s material. That’s no surprise, though, considering Wade was a standby in the original Broadway cast.

Unfortunately, the same amount of depth can’t be found in her foil, Regina George. Although Mariah Rose Faith has a stunning voice, most noticeable during her performance of “World Burn,”, her acting chops aren’t quite up to par with Wade’s. Although Regina can be a difficult character to capture, Faith’s portrayal leans a little too heavily on the comedic, but that could be partially blamed on the sheer amount of fat jokes the show manages to squeeze in due to Regina’s weight gain.

Offsetting Cady and Regina are their respective sidekicks – Cady’s friends are self-described “art freak” Janis Sarkisian (Mary Kate Morrissey) and Damian “too gay to function” Hubbard (Eric Huffman). Both play their characters with the right amounts of humor and heart. While Janis may have the stronger vocals of the two, Damian gets the majority of the duo’s funniest lines, and his tap dance number “Stop” was clearly a crowd favorite.

On the plastic side of things are the high-strung, heartbreakingly self-conscious Gretchen Wieners (Megan Masako Haley) and the “dumbest person you will ever meet,” Karen Smith (Jonalyn Saxer). Haley was adequate but in the end forgettable, through no fault of her own. Gretchen has always been the weakest of the three plastics and it didn’t make matters better for her that Saxer’s Karen was the runaway favorite of the night- stealing the scene in practically every scene she’s in. All of her lines are delivered with an endearing sort of blankness that make the words coming out of her mouth that much more hysterical.

On the subject of being more hysterical, the show may not necessarily be funnier than the movie, but it is certainly raunchier. Many pop-culture related jokes have been given a 2019 update, but many of the show’s most memorable jokes are ones that weren’t present in the film, including a visual gag involving a mascot costume that was so lewd the audience spent half of the song afterwards in disbelieving laughter.

In the end, “Mean Girls: The Musical” may not be able to eclipse the pop culture staple that is the movie, the touring production’s razor sharp wit and impressive vocal performances make it a must-see for any Chicagoan looking to have a hell of a night out. Although it was short-lived, its presence at the Nederlander will be sorely missed.