After decades of resistance, rap rises to the top 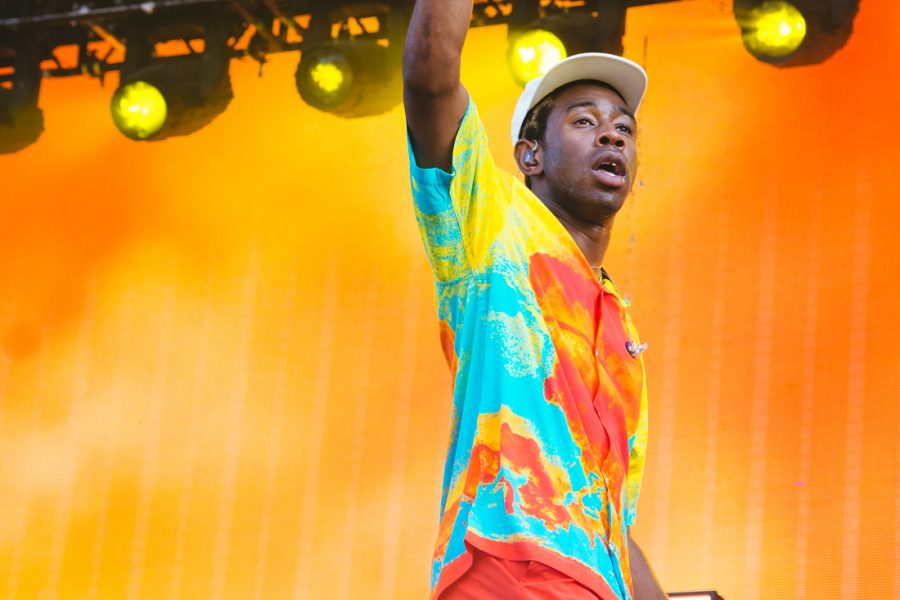 The 62nd Annual Grammy Awards went live on Sunday with a heavy presence from American rappers like Tyler, the Creator, YG, Meek Mill and Lil Nas X. Rap dominates the American music industry, which surpassed rock in 2017, according to Nielsen’s year-end report on the music industry. Rap is mainstream now, but it was met with opposition as it rose in popularity through the 1980s and into the early 2000s.

Eminem has sold an estimated 220 million albums and is among the ranks of Pink Floyd, Rihanna and Taylor Swift. At the peak of his career, Eminem faced backlash from parents, who blamed him for mass shootings, sexual assaults and teen angst.

In an LA Times article published in 1995 about how rap music got a bad reputation titled, the author describes how images of Snoop Dogg in shackles reinforces the public’s association of rap and violence.

However, the author didn’t mention if the arrest of high-profile celebrities like Hugh Grant, Willie Nelson and Vernon Maxwell, which were all in 1995, reflect their respective industries.

In a 2007 article by The New York Times titled, “Colorado Police Link Rise in Violence to Music,” Colorado Police publicly condemned rap music and attributed shootings to “gangsta rap.” They also warned nightclub owners that their nightclubs might not be safe if they continue to play that music.

When Adan Figeuroa, DePaul alumni and rap enthusiast, was growing up in the 1990s, he said he remembers rap artists being painted as villains.

“This led to censoring their music,” Figeuroa said. “An effort to smear their image and paint N.W.A and hip-hop as a whole, as anti-establishment.”

Daniel Makagon, a DePaul University professor that specializes in the music industry and urban communication, said that a part of rap’s rough beginnings can be attributed to its association as “black music”.

“That is due to systemic racism and racism inside the music industry,” Makagon said.

He said that “black music” was invested in differently than “white music.” Black artists would be given a single, while their counterparts were given albums.

Evan Moore, a Depaul professor who specializes in Black history and Chicago hip-hop, bought his first album “It Takes a Nation of Millions to Hold Us Back,” by Public Enemy in 1988.

In the 1980s, rap would be found at the back of the music store. The taboo nature of rap made him want to listen to it more.

“It’s basically like high school – when someone says ‘look at that person doing this, that and a third,’” he said. “You get enough people to believe you, it becomes so.”

He believes that made it cool.

When asked why he thought rap was villainized by the public, he said, “because it’s a black art form.”

“People started standing up for themselves,” Moore said. “When black folk do it, it’s seen as a threat. You had N.W.A’s “F*** the Police,” and then you had “Fight the Power,’ and then you had Queen Latifia’s ‘Lady’s First.’ You had all these different anthems.”

What was once seen as a fad became a Billboard Hot 100 hit, holding the number one spot for the first time in 1995, with Coolio’s “Gangsta’s Paradise.”

In the decade to follow, Makagon said that partnerships with pop artists like Rihanna helped the genre reach massive audiences.

“When rappers started working with pop artists they can have hooks and reach massive audiences,” he said.

In the 2000s rap becomes globalized. Figueroa said that “it becomes incorporated in marketing campaigns and music’s most prominent figures are hip-hop artists, which adds a cool factor to the music industry and allows for it to be an accepted genre of music.”

According to Makagon, another reason could be consumer’s transition to streaming music instead of purchasing albums. What originally may have oppressed black artists, now applies to every artist.

“Now everything is a singles-driven market,” he said.

Another reason that rap has grown, could be because “populations shift toward urban centers,” Makagon said. “There is more multiculturalism and audiences are more willing to support black artists.”

However, Makagon wants to make it clear he isn’t saying racism no longer exists.

Rap is now among the ranks of other mainstream genres like pop, rock and country. It can be heard at grocery stores, on the radio, and rap group Migos even performed at the 2019 Kids Choice Awards.