Advocates and legislators deliberate next steps 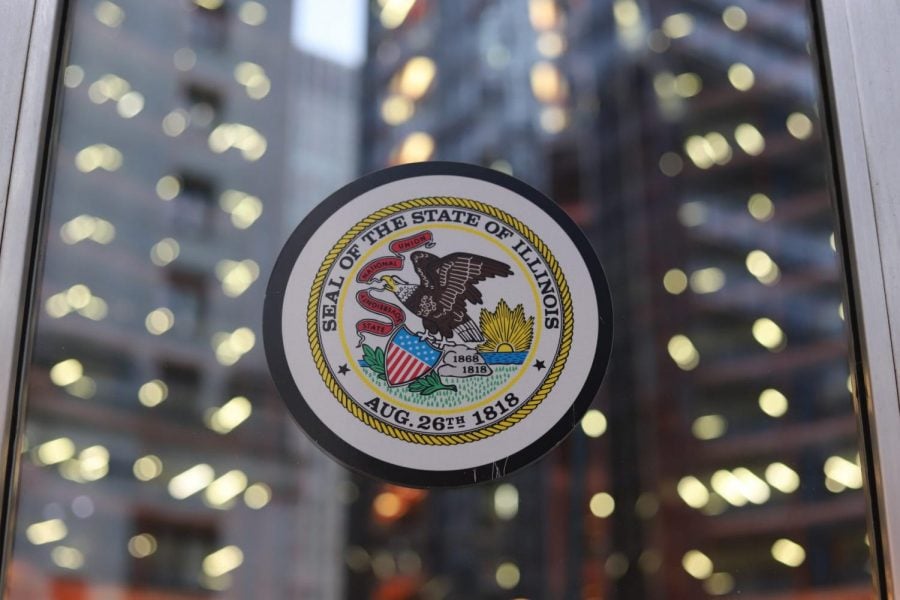 The Secretary of State’s office in downtown Chicago.

After years of pleas by voting rights advocates for the Secretary of State’s office to improve implementation of Automatic Voter Registration, Secretary Jesse White revealed in a letter that over 500 of those who marked they were not U.S. citizens were accidentally registered to vote through AVR between July 2018 and Dec. 2019.

Automatic Voter Registration was signed into law with unanimous and bipartisan support from Illinois lawmakers in 2017. The goal was to streamline the voter registration process in hopes to increase voter turnout.

The individuals who were accidentally registered had been applying for a non-Real ID identification card which allows applicants to register through an opt-in process.

With correct AVR implementation, these individuals should have been screened out of the registration process after marking that they weren’t citizens. Due to what the Secretary of State’s office says was a programming error, their information was forwarded to the State Board of Elections.

The Secretary of State’s office said they have since corrected the error and the State Board of Elections is in contact with local election authorities to address the validity of the registrations.

Of the 574 applicants sent for registration, 545 were actually enrolled and 29 were rejected, which Matt Dietrich, spokesperson for the Illinois State Board of Elections, thinks could have been because they were already registered.

“We don’t know what the true citizenship status of those individuals are,” Dietrich said. “It’s probable that some of the 29 may have been rejected because they were already registered.”

Only 15 of the 545 registered ended up voting. 135 were accidentally registered in Cook County, where five votes were cast by three accidental registrees.

Local election authorities have since found that three of the 15 voters were in fact eligible and had a decades-long voting history. Since Friday, roughly 200 of the 545 were removed from registration.

It’s unlikely that any of those accidentally registered are undocumented, Dietrich said. To get a driver’s license, an individual must provide a SSN.

“The bottom line is that they shouldn’t have been forwarded to the State Board of Elections,” said Dave Druker, spokesperson for the Secretary of State’s office. “Secretary White feels terrible about it. We found the error. We fixed it. We have been ensured it would not happen again.”

This comes at an unfortunate time for proponents of a more accessible automatic voter registration system. As previously reported by The DePaulia, advocates have been critical of the Secretary of State’s office for delayed implementation and what they feel to be unnecessary obstacles.

They’ve recently been critical of the requirement of a second signature, which officials at the Secretary of State’s Office said was included to safeguard against noncitizen registration. This signature did not safeguard, as the letter from White said they were not able to access the signature process.

For many, this mishap by the Secretary of State’s office paints AVR in an unfair negative light.

“Automatic Voter Registration or AVR isn’t the problem – the Secretary of State’s office is the problem,” said a press release by Just Democracy, a nonpartisan coalition of voting advocates. “The agency’s massively delayed and error-riddled implementation of AVR has undermined the law’s intended purpose to make Illinois’ voting rolls more fair, accurate and secure.”

Now, several Republication legislators are now calling for a hold on Automatic Voter Registration to ensure this won’t happen again.

“It’s so we can have a full audit and investigation as to why the programming error had been going on for 17 months and what [assurances] they can give us that it’s not going to happen going forward,” said Joe Hackler, spokesperson for the Illinois Republican Party.

The Secretary of State’s office does not think halting AVR is necessary. The accidental registrees make up a small percentage of the 740,000 voters registered from Automatic Voter Registration since July 2018.

“We think this is a good program. We’re talking about less than 1 percent that signed up,” Druker said.

Voting rights advocates are frustrated, saying they’ve been asking the Secretary of State’s office for specific safeguards to protect noncitizen registration, including language assistance, employee training and a streamlined process. They said the Secretary of State’s office has dismissed repeated offers for help – including direct assistance, community forums and outside expertise.

Another concern is the fact that voting as a noncitizen is a felony that could call for deportation, even if the accidental registrant is here legally. The Secretary of State’s office has taken full responsibility for the mistake.

“The error was ours, not there’s,” he said, “and that’s why we’re encouraging people to keep the letters and use us as the bait. We will be as supportive as possible.”

But it might not be enough. There’s a provision built into the Automatic Voter Registration bill safeguarding against consequences for those who accidentally registered to no fault of their own. But is someone who was not a U.S. citizen ended up voting, Dietrich and Druker say that it’s unclear whether or not they can ensure that the potential noncitizen voters aren’t deported.

Just Democracy said in their press release that this mistake could be a good opportunity to acknowledge and repair the problems in Illinois’s implementation of AVR.

One thing that all parties agree on – this shouldn’t have happened.

“This is very disappointing to us because there was so much put into the AVR,” Dietrich said. “The bill was redrafted [in 2016 after a veto by Bruce Rauner] specifically so this wouldn’t happen, and has now been maligned because of a simple programming error.”