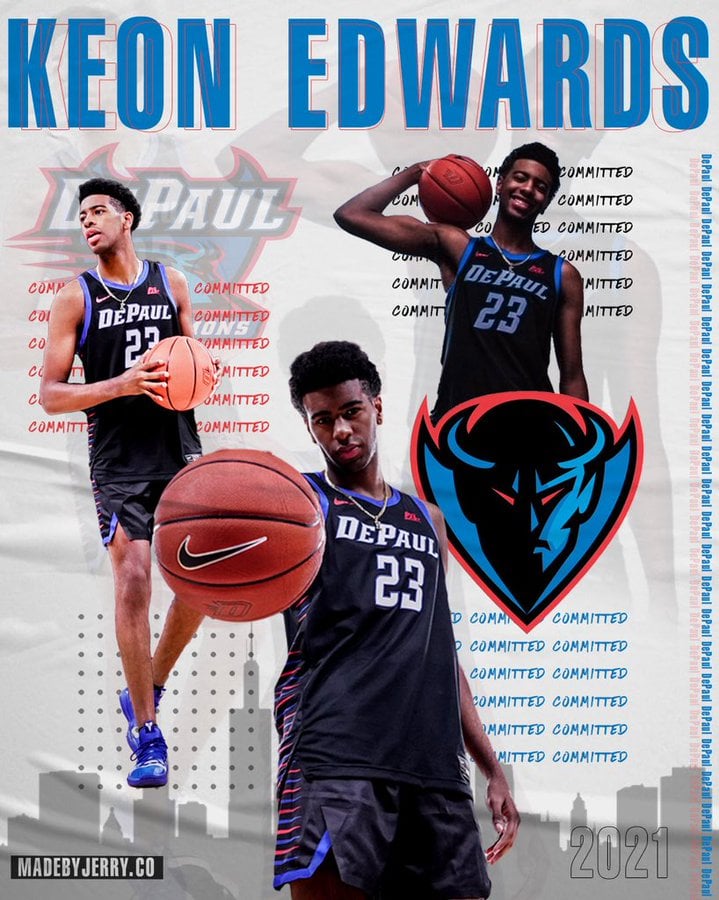 Edwards, a standout small forward at Phoenix (Ariz.) Hillcrest Prep, took an official visit to DePaul with his parents this weekend. The 6-foot-7 forward also had offers from Arizona State, Baylor, Florida State, Georgia, Miami and TCU, among others.

According to 247Sports, Edwards is currently the No. 43 prospect and the No. 11 small forward in the class of 2021. The addition of Edwards and the verbal commitment from Chicago four-star recruit Ahamad Bynum gives the Blue Demons the No. 2 ranked recruiting class going into the 2021-2022 season.

With the verbal commitments from Edwards and Bynum, DePaul has racked up four four-star recruits in the last few years. Freshmen Romeo Weems and Markese Jacobs were four-star recruits in high school, and transfers Charlie Moore and DJ Williams also held the same ranking when they were going to college.