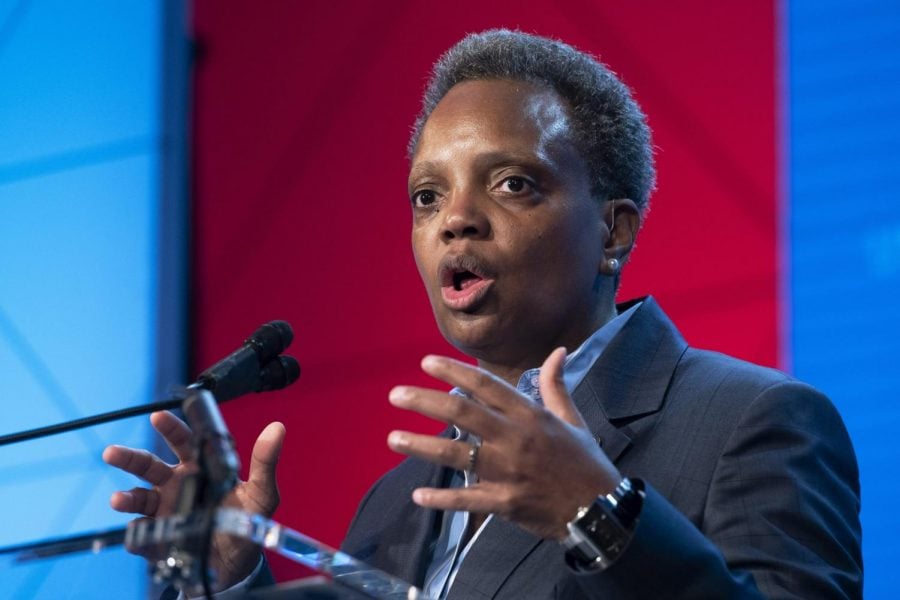 Fifth Third Bank is putting money into “Opportunity Zone” neighborhoods in the city’s South and West sides. The bank’s commitment is part of the federal program that uses tax incentives to encourage private investment in financially destitute communities.

“It’s designed to help transform some of our nation’s most challenged communities,” Mitchell Feiger, chairman and CEO of Fifth Third, said at a news conference on the South Side. “I’m confident it will have that impact here.”

Feiger noted the funding is intended for projects that can “transform affordable housing, revitalize the local retail economy and create jobs.”

Specific projects will be unveiled in the coming months, officials said.

Lightfoot, who campaigned on rehabilitating underprivileged neighborhoods where jobs are scarce and violence is persistent, called First Third Bank’s decision to partner up with her community improvement initiative an “incredible announcement.”

“This is a big day for the entire city of Chicago, and particularly on our South and West sides … areas that have been underinvested and underserved for generations but are brimming with potential.”

During the news conference, Pritzker also announced the state was launching a $12 million program to support more opportunity zone investment across the state.

“Supporting equitable economic growth is one of the central goals of our historic $45 billion capital plan,” Pritzker said. “By investing $12 million in Rebuild Illinois funds in Opportunity Zone projects, we can take advantage of this federal tax incentive to stretch our capital dollars further while creating jobs and opportunity in communities that have suffered from a lack of investment for decades.”