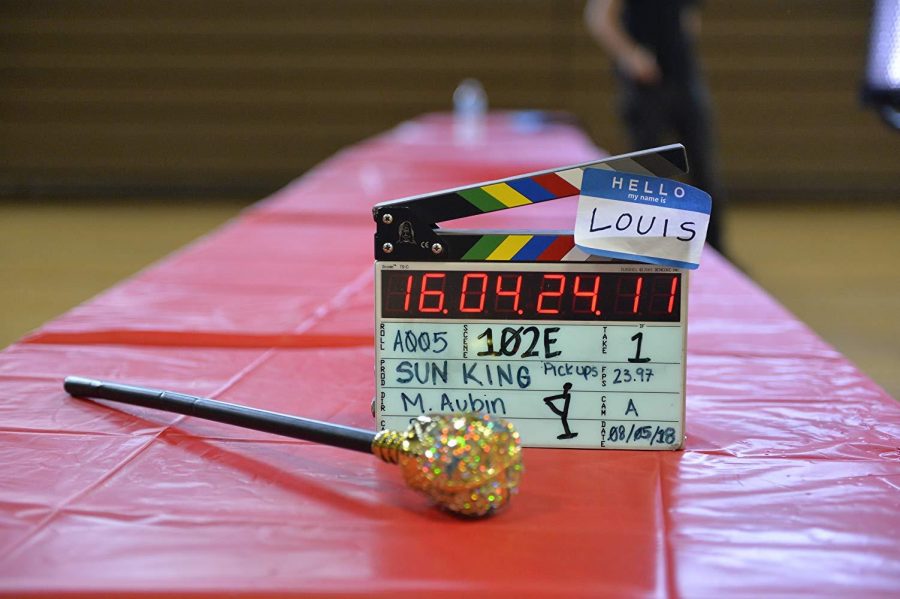 “Sun King” follows Louis Liu, who Aubin describes as a “standard, average man who has convinced himself that he is the reincarnated soul of King Louis XIV.” Liu then embarks on an adventure to marry a cousin in order to keep the royal bloodline strong.

Aubin got his hands on the script via the Indie Studio program at DePaul, which presents students with various screenplays to choose from. He chose the script for “Sun King” because he felt it was “manageable and unique.” Aubin also enjoyed the challenge as the genre gears towards wacky comedy, which is a genre he’s never directed before.

In preparation for such a film, Aubin describes that it takes self-discipline, dedication and open-mindedness. Staying disciplined and dedicated can go a long way as one can be a week away from filming and haven’t yet secured a key location.

“To avoid failure, we had to make progress every day, whether that be through scouting potential locations, holding casting sessions, obtaining permits for road closures, purchasing a laundry list of prop/wardrobe pieces/set dressing,” he said.

A part of making sure a film will be successful is to cast the right people for the right parts. The casting process for “Sun King” last over seven weeks, as there’s almost 50 cast and featured background members. Aubin describes that he struggled between choosing the “best general actor and the best actor for the part.” He ultimately settled on his leading trio of Norman Garcy Yap, who plays Louis Liu, Jin Park who plays Leigh Liu and Sam Bowling who plays Fran.

As days of filming are unpredictable and a challenge rises every day, post-production can be just as complicated. In post-production, directors and editors decide what to cut and what to keep in a movie. Aubin believes that looking at a piece with an unbiased and open mind is sometimes necessary to make important edits.

James Choi, one who’s behind Indie Studio, explains that Indie Studio is a two credit experiential learning classes that spreads over three quarters. The program also includes production over the summer. Only 10 students are selected for the program through an application process.

“The Indie Studio was started to teach students to execute and deliver on producing a film with little money, optimizing the skills they have been learning in class at the SCA [School of Cinematic Arts] and parlaying that into real life experience with a minimal crew,” Choi said.

As mentioned, Aubin chose a script that was presented by Indie Studio. Producers and directors choose from a variety of scripts available. The scripts are come from former students and script writing contests.

Choi describes the goal of the Indie Studio as to allow students to have completed films that are both distribution and festival ready while building their portfolio. Indie Studio, as Choi explains, allows students to step out of their comfort zones and inspire them with the true possibilities of filmmaking in the digital age.

Both Aubin and Choi have experience in the film business, and they both have advice for those just starting in the business. Aubin explains that filmmakers should be open; it’s okay to direct a story that isn’t theirs. Choi references DePaul’s motto – “Here We Do” – as what the Indie Studio is about.

“…With the advancement in technology, it’s about taking action, knowing the possibilities are wide open regardless of budget,” Choi said. It’s an exciting time in film for creators. The time is now.”

Aubin has officially finished the film’s production and it’s ready for the festival run later this year, including the Beloit International Festival. You can watch the trailer on Aubin’s vimeo.