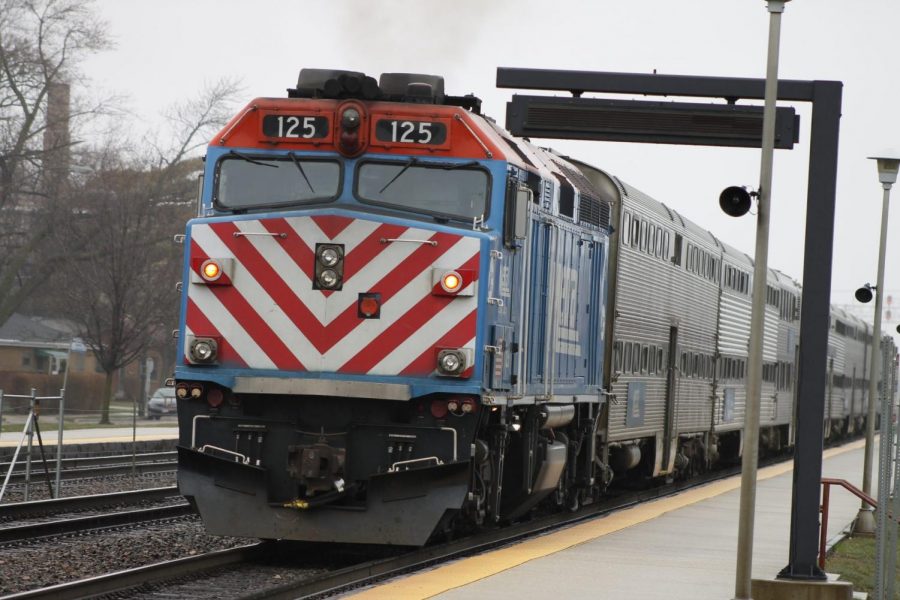 A promising new bill has been proposed to the Illinois House of Representatives that would give a 50 percent discount on Metra fares to college students.

The bill, filed by Representative Barbara Hernandez under the code HB4217, calls to amend the current Regional Transportation Authority Act. It proposed that on and after January 1, 2021, any fixed route public transportation services provided by the Commuter Rail Board will give a 50% discount off of the adult fare to all students who present a valid student ID card issued within the previous

12 months by a college or university.

The future for commuting students looks bright as Metra announced that there will be no increased fare rate in 2020 as well. Upon this announcement, Metra Executive Director Jim Derwinski stated that “We have been able to keep our operating expenses in check and will not need to raise fares to cover higher operating costs.”

Metra currently charges college students with adult fares based upon how far a passenger travels. A one-way ticket from downtown Chicago to the closest stop is $4. The farthest stop is $9.50. Therefore a full-time DePaul Student would spend between $16 to $38 a week to attend class. There are options to save money on Metra fares by purchasing a monthly pass, however they cost between $116 and $195.75, a price that many college students struggle to pay all at once.

Linas Savickas, a senior and commuter student at DePaul University says that he takes the Metra four days a week and currently spends the highest rate for the monthly pass at $197.75. On top of this expense, Savickas also pays $1.50 a day for parking at Metra stations, bringing his total monthly cost to around $220 a month.

“When I was a freshman, the monthly pass was roughly $155 a month. Now the price absolutely gets in the way of other expenses.” Savickas said. “I work a set amount of hours to be able to afford the train and a reduced fare would allow me to work less. That’s a significant amount of time I’d have to focus on my classes and school work instead.”

According to James Stewart, director of adult, veteran and commuter student affairs at DePaul University, a future fare discount would come from a change in Metra Policy only.

However that hasn’t deterred the university or its student’s efforts. Stewart has worked with DePaul’s SGA to advocate on this issue, contacting other Chicago universities’ Student Government Presidents resulting in a joint letter to Metra seeking a college student discount. The joint letter was received shortly before the new bill proposition.

The distress over Metra fares has been a growing issue within the DePaul Community. The Office of Commuter Services states that almost 90 percent of DePaul University’s total student population commutes or lives off campus.

Students in the past have taken the matter into their own hands, such as DePaul alumni Cedric Ngwa, the creator of the 2017 change.org petition requesting a discounted Metra fare for college students. The petition asks for a $3 reduction in the fare for college students and currently has over 19,000 signatures. Ngwa stated that he submitted the petition to the City of Chicago Government and Metra in 2017 without any significant feedback.

Despite the disappointing initial response, Ngwa is still passionate for the cause. “I’m in a position where I have a lot more time and resources to pursue a change for commuter students.” Ngwa explains, having graduated in 2017. “Interestingly enough, I’ve had students from other universities approach me. This is not just a problem DePaul students have.”

The petition is still active and requests change for all commuter students of Chicago. It can be accessed by searching “metra discount for college students” at change.org.

The petition serves as a call to action, however the HB4217 bill calls for a higher discount with government representatives ready to back it.

In order for the bill to become a law, it must pass a series of hearings scheduled by the House Rules Committee of the Illinois General Assembly. If the bill is not scheduled its first hearing, it is considered “dead.”

The proposed bill has not been scheduled its first hearing since being filed on Jan. 22, but there is still time for the students of Chicago to be heard on the issue.