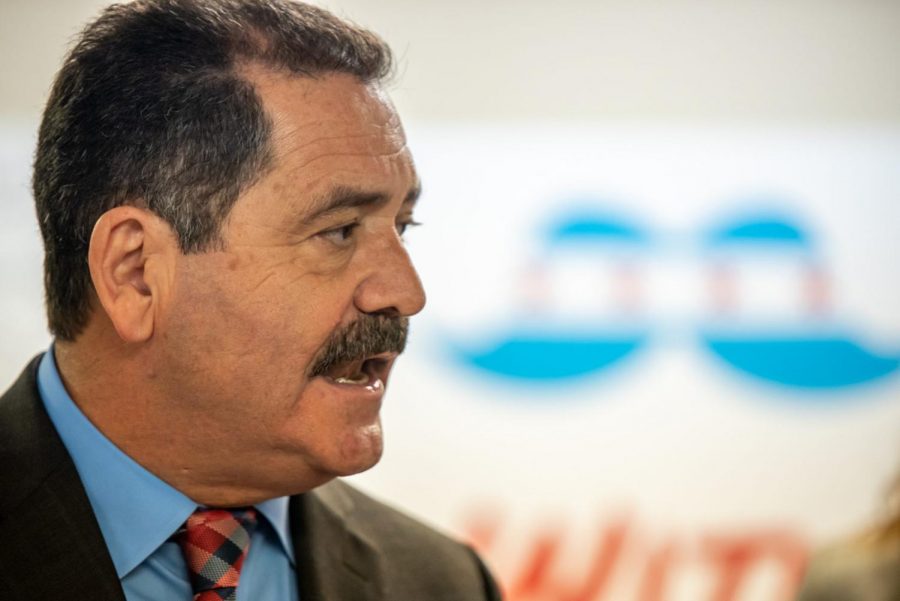 “We stand here today because we want to continue putting our communities on the map,” said Congressman Jesus Garcia. “ We represent the diversity of the state and the nation.”

In addition to highlighting his reasons for this re-election in preparation for March 17, the congressman said work to help various communities will continue.

In fact, next week, Garcia mentioned that the PRO Act will be passed–facilitating permits to form unions, good wages and better working conditions.

“We made history, but we recognize that this is not enough, and we bind up to, as we run, and as we seek new terms for ourselves to advance agendas that will be good for our families, including protecting the immigrant communities,” Garcia added.

‘The protection of communities’ was an issue to which candidate Sepulveda also emphasized in reference to the floods that occur in the homes of communities with a high African-American and Latino populations.

“Its up to us to make sure that we’re protecting the waterways and we’re filling the gap that exists in the Trump administration,” said candidate Sepulveda.

For Aaron Ortiz, State Representative, this new year is a year of providing more help to Latino students.

“I’ll be filling a bill this upcoming legislative session to create a seal of biliteracy grant,” Ortiz said. “So, for any student who is bilingual and qualifies to receive the seal of biliteracy, means that this student can then qualify for a grant of up to five-thousand dollars.”

When asking the Congressman about his plans in convincing opposing voters to support his ideals, he said the following, “ I believe that the process will be gradual, I believe that if we defeat Donald Trump, the Republican party has a possibility of regrouping, reconsidering their values, and leaving the pollution that Trump brought to the party. ”