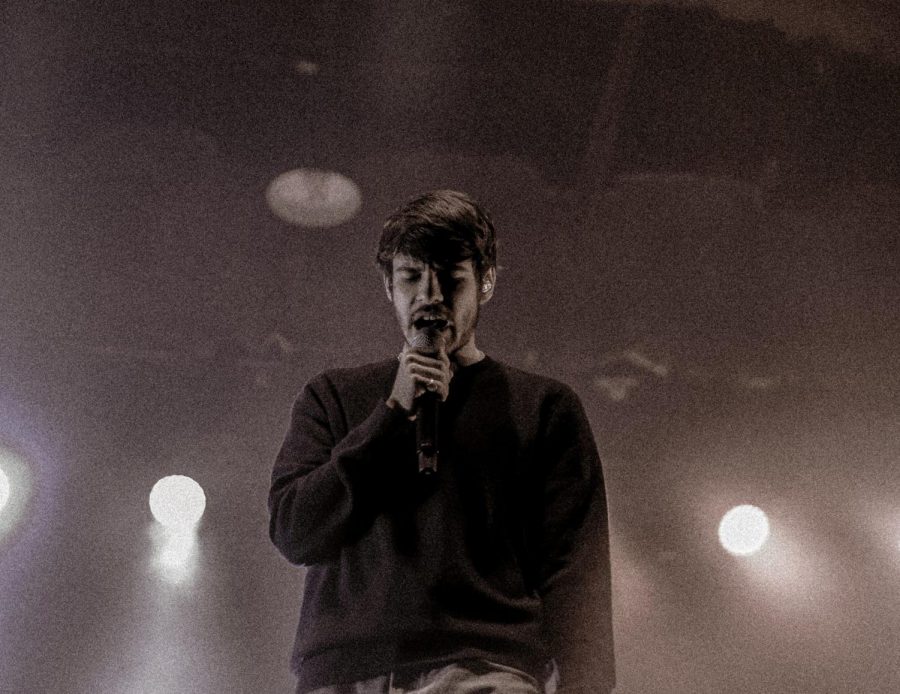 Rex Orange County, renowned English recording artist, came through to one of Chicago’s most historic venues when he played Aragon Ballroom on Jan.  27th supporting his latest effort, “Pony.”

The sold-out crowd curled around and into the venue’s parking lot on a chilly January night in efforts to grab a good spot to see this indie pop icon put on a solid show front to back. Cuts off “Pony” as well as older hits from  albums such as “Apricot Princess” and “Bcos U Will Never B Free” made the setlist. The band provided a great experience for any viewer, new listener or longtime fan. The massive ballroom was filled and considering capacity maxes out at 5000, they put on an incredible show.

The Aragon Ballroom opened 1926 and has gone through several phases of usage. Lately, it’s been Chicago’s premier venue to host tour stops if an arena show is unavailable or undesired by the artist. Impressive facades across the walls and roof cap off the grandiose and vintage feeling  of the building.

Rex, accompanied by five talented bandmates ran through  a bunch of tracks that were supplemented with amazing visuals. Awesome lighting paired with a giant inflatable pony behind the group made for a clean stage setup. Fans  sang along to every word all night, especially during tracks like “Loving is Easy” and “Best Friend.”

The Aragon show marked roughly  the midpoint of Rex’s North America run. He’s playing some major venues and he’s consistently performing well throughout each live offering, be sure to check him out if you ever have a chance to in the future.

Here are the remaining dates on his tour: