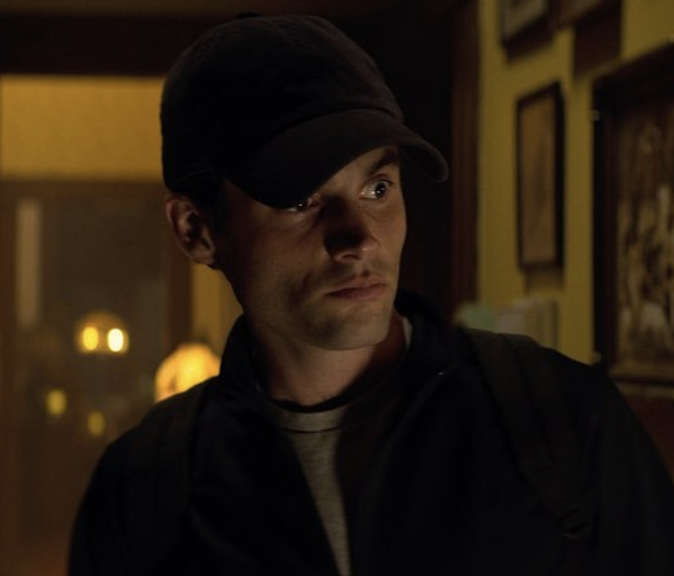 Some shows spend seasons trying to develop a realistically terrifying antagonist that viewers simultaneously love and hate while others never really hit the mark – but then there’s “You.”

The Netflix original follows Joe Goldberg (Penn Badgley) as he navigates the complexities of the dating world while arguably making it harder on himself – especially when he murders anyone who gets in the way.

Unlike other psychological thrillers, “You” doesn’t try to scare its viewers in a traditional way. While Joe’s psychopathic tendencies are frightening, writers have managed to convince some audience members to empathize with him – with some even falling into his manipulative trap.

Martha McGee, DePaul professor in the College of Computing and Digital Media, said is not a typical anti-hero drama series because the story is told almost entirely from his point of view.

“This works to show how he justifies his decisions and the toxic thoughts he has,” McGee said. “He’s not remorseful about what he does, he believes he acts out of love and with his best intentions. The audience can see how wrong thinking he is. But, it does go into strange territory when we begin to see backstory about why he might have become the way he is and how we begin to like and even see him as attractive.”

Social media is at the root of Joe’s romantic pursuits – as he perpetuates any online sharing done by his love interests as invitation to stalk them.

“A guy needs to protect himself.,” he said in the pilot. “I had to make sure you’re safe, and your name was a glorious place to start. Not a lot of Guinevere Becks. And there you were, every account sent to public. You want to be seen, heard, known, and of course, I obliged.”

“That it was only for narcissists, that social media users deserve what they get if they post their whole lives online,” McEwan said. “Yet, much of the communication research on social media points to a different motivation – a desire for human connection. We want to be seen, sure,  but specific messages designed for specific audiences.”

Adriane Stoner, a communications professor at DePaul specializing in new media technology, said new capabilities across technology – such as location tracking – has blurred boundaries in many aspects of our lives, including close relationships.

Patrick Wimp, DePaul professor specializing in screenwriting and cinematography, said the audience’s empathetic view of Joe is reflective of the goals of television.

“Film and television are the most prevalent, and intentionally sought after, form of emotional manipulation in our society,” Wimp said. “It is the purpose of narrative/fictional cinematic storytelling to manipulate our feelings. The images, music, words, and story choices are all designed to make us feel real emotions about things that don’t even exist.”

Perhaps the most manipulative aspect of the series is the introspection it has caused in some viewers  – prevalent in the form of comedic tweets and TikToks comparing users own toxic online behaviors to that of Joe. Wimp said that aids in the likability of Joe’s character.

“By including behaviors in a malevolent character that many of us view as socially acceptable or part of our own behavior pattern, you are representing the complexity of human beings in a very realistic way,” Wimp said. “We aren’t all good or bad, we are shades of gray.”