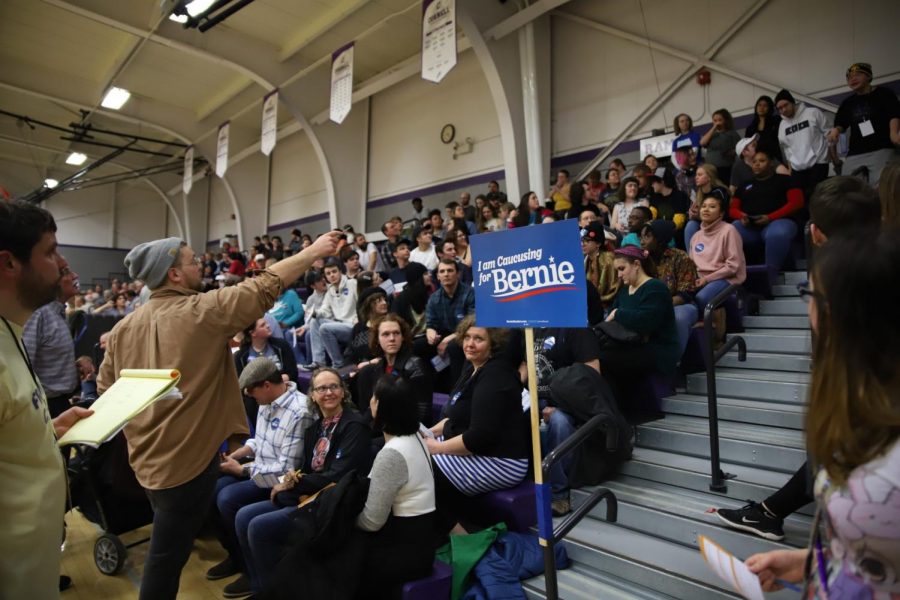 MOUNT VERNON, IOWA—Politicians and pundits are questioning the future of the Iowa Caucuses as the Iowa Democratic Party reports “inconsistencies” in the reporting of results. According to CNN, the party has informed candidates that results should not be expected until Tuesday.

As state-wide precinct results were delayed due to a glitch in a new automatic reporting process, candidates took the stage as  originally planned and instead of declaring victory over Iowa, broke out their greatest hits from the campaign trail.

Despite the issues with tallying the final results, Iowans came out in full force to participate in small-town democracy at a caucus in Mt. Vernon High School — a basketball practice was underway as voters gathered just outside the doors.

To start the caucus, a representative for each candidate made the case for their first choice. Klobuchar’s precinct captain emphasized that her Midwestern roots made her “one of us” while Biden’s supporters highlighted his authenticity. Sanders and Warren’s representatives, after repeating some of their most notable policy plans, were met with raucous applause from their respective camps after their attempt to persuade the undecided to their side.

Just down the road, caucusing for the Mount Vernon South precinct took place at Cornell College, with a large number of students congregating to the event.

The precinct had a voter threshold of 67, meaning if a candidate could not obtain that number of voters in the first round of voting, they would no longer be viable.

Senator Bernie Sanders had the highest turnout of supporters, with a total of 144 people aligning with him. Senator Elizabeth Warren followed closely behind with a total of 139 and Mayor Pete Buttigieg of South Bend, IN had a total of 127.

The first alignment results were heavily in Sanders’ favor, obtaining 140 aligned voters. Warren also had a high turnout of 117, and Buttigieg trailed behind with 84.

Biden’s low alignment count was surprising to his supporters, given his high polling in the state.

“I thought all the polls were showing him as one of the people who could win, which is sort of why I came over here in the first place,” said Liz Cullen, a 35-year old Biden supporter from Mount Vernon. “I’m not quite sure what I’m gonna do next.”

She also suggested that Biden’s overall focus on his national campaign hurt his chances in Iowa, where a more localized focus is appreciated.

“I think Pete has put a lot of the emphasis of his campaign in Iowa,” she said. “I don’t know if he has a great national campaign, but I really think he has been pushing in Iowa so I’m not surprised he has support here. I will say I have not gotten as much [campaigning] from Biden.”

Most of the voters for non-viable candidates aligned with Warren and Buttigieg, garnering 22 and 43 voters, total.

Terry Elam, 67, of Mount Vernon, began the night in Klobuchar’s camp, but was later seen switching to Buttigieg’s camp before the first round of voting.’

“I’m still an Amy supporter, but she’s not viable,” he said.  “I know Iowa’s going to go for Buttigieg before Amy. But Amy’s still my first choice, Buttigieg is my second.”