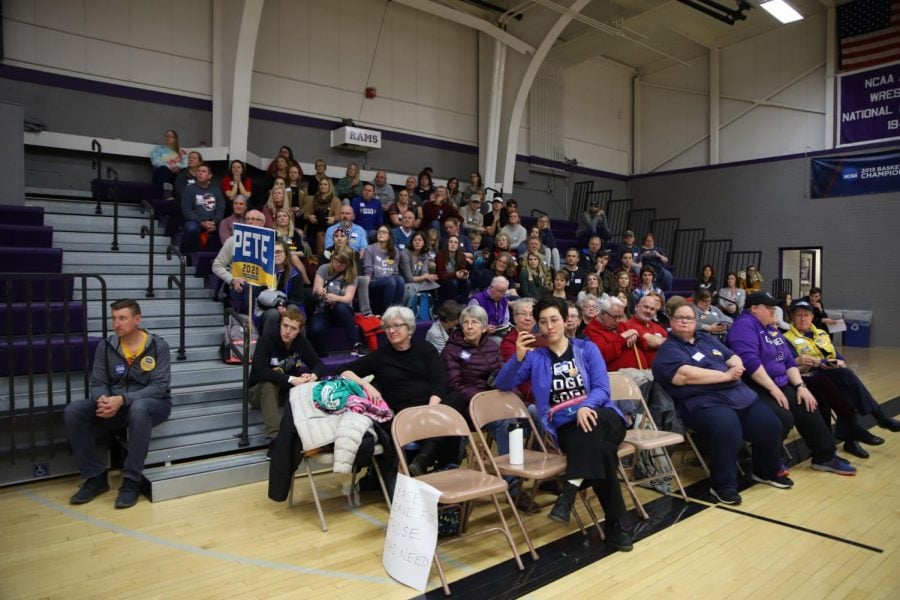 Democratic National Committee Chairman Tom Perez asked the Iowa Democratic party to recanvass. This will require a check of the vote count to ensure that results were added correctly.

At the time of publication, Buttigieg maintains his narrow lead over Sanders, holding three more state delegate votes of those counted.

“The Associated Press calls a race when there is a clear indication of a winner. Because of a tight margin between former Mayor Pete Buttigieg and Sen. Bernie Sanders and the irregularities in this year’s caucus process, it is not possible to determine a winner at this point,” said Sally Buzbee, AP’s senior vice president and executive editor.

The AP will continue to report on the caucus and will release results from any recounts or recanvasses.

Pete Buttigieg holds on to a very narrow lead of 26.2 percent, with Bernie Sanders in a close second of 26.1 percent.

Buttigieg is currently leading in 59 counties, with Sanders leading in 19.

Results have not yet been released for precincts in 28 counties.

Pete Buttigieg and Bernie Sanders have 26.5 percent and 25.6 percent of votes, respectively, narrowing the gap between the two candidates in the lead. Both still have 11 delegates.

Candidates have moved their focus onto New Hampshire, which will hold its primary Feb. 11. Joe Biden, Elizabeth Warren, Andrew Yang and Tom Steyer  will participate in a presidential town hall in New Hampshire with CNN Wednesday evening.

Buttigieg now has 26.7 percent of votes and Sanders has 24.4 percent. Both have 11 delegates so far.

Elizabeth Warren now has 17.4 percent of votes and Joe Biden 15.9 percent. Warren has five delegates and Biden none.

Elizabeth Warren, Joe Biden and Amy Klobuchar have 18.4 percent, 15.4 percent and 12.6 percent, respectively. The remaining candidates have 1 percent or less of all votes.

The Associated Press said the race was still too close to call.

The results of 62 percent of the precincts have been announced, with Pete Buttigieg in the lead with 26.9 percent, Bernie Sanders with 25.1 percent, Elizabeth Warren with 18.3 percent, and Joe Biden with 15.6 percent.

Just outside the top four are Amy Klobuchar with 12.6 percent, Andrew Yang with 1.1 percent and Tom Steyer with 0.3 percent.

State-wide precinct results were delayed due to a glitch in the new automatic reporting process, with the Iowa Democratic Party reporting “inconsistencies” in the reporting of results.