OPINION: A case for the caucus 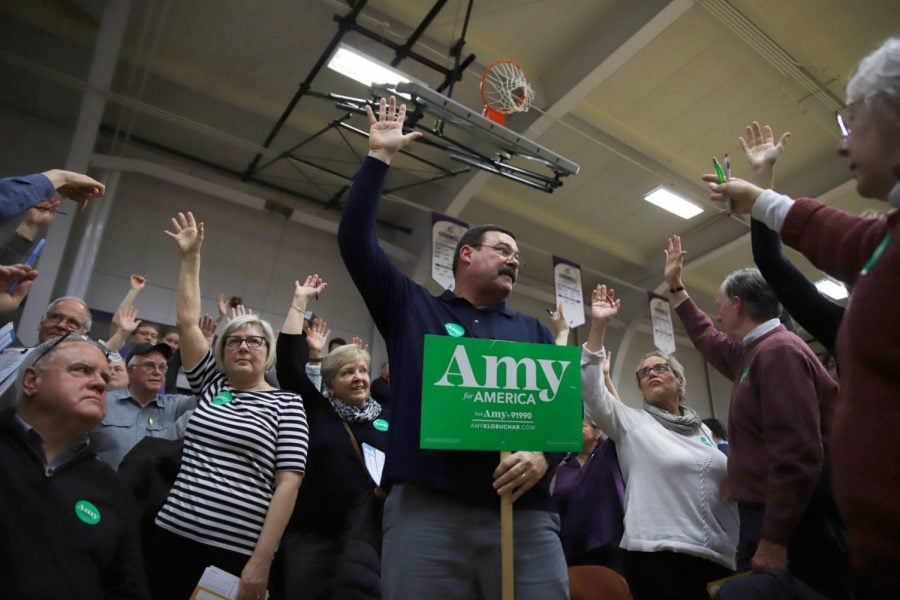 Iowa has drawn the ire of the nation over the past week after a spectacular mixup at the Iowa Caucuses led to days of uncertainty as to the identity of the night’s victor. Aside from further muddying an already messy race, the historic snafu has reinvigorated calls for the state to lose its status as first in the nation to caucus amid the chaos.

But from my point of view at a small-town caucus held in a high school lobby in Mount Vernon, a suburb of Cedar Rapids, this heavily-reported chaos was nonexistent. Instead, the environment was one that fostered respectful discussion and encouraged the participation of the community, regardless of which candidate a person plans to support, with a high school basketball practice taking place just beyond the doors.

As messy and inherently flawed as they might be, the Iowa caucuses represent what I believe to be the pinnacle of democracy in action: a community gathering to discuss the issues that are most important to them, coming together to decide the best steps forward for everyone.

While voting remains a secret, personal act for much of the country, “during a caucus you have to speak out among your friends and family and say who you support,” said Iowa state Sen. Liz Mathis. “It’s a very transparent and very democratic way to do things. It’s in the open.”

Every four years candidates spend months, sometimes even whole years, courting voters across the state in personalized gatherings giving a small constituent of supporters a degree of access that is unattainable anywhere else today.

As a New Jersey native, the prospect of presidential candidates placing emphasis on my state, taking care to speak with as many voters in person as possible is honestly unimaginable. Jersey’s predictably blue voting record has cemented its position as one of the many states who are overlooked during campaign season, so it’s no wonder why Iowans are so desperately holding onto their caucus standing, which in turn makes their voters some of the most important in the nation.

“It’s an exciting and interesting democratic experience because you’re hearing from representatives from each campaign, you’re talking to one another, you’re lobbying each other to kind of move to support different people,” said DePaul political science professor Ben Epstein. “There’s a very community aspect to it. The interactivity is exciting and interesting and fairly unique. It’s not done that way in many other places.”

Voters that spoke with me the weekend leading up to caucus night were incredibly invested in their role in the election process, carefully taking time to consider all of their options. Many residents spent their weekend traveling across the state seeing as many candidates as possible present their policies for a final time, an impossibility for voters in nearly every other state. The caucus model places emphasis on the individual and routinely, Iowans met that responsibility with a commitment to making a truly informed decision, something that can’t be said for nationwide voters as a whole.

“It has the potential to suggest that each of our participation in that process, whether it’s voting or otherwise, matters and can have an effect,” Epstein said. “And if we feel like our voice is possibly going to be heard, then we’re more likely to participate or more likely to be knowledgeable.”