Iowa caucuses: who won, who lost 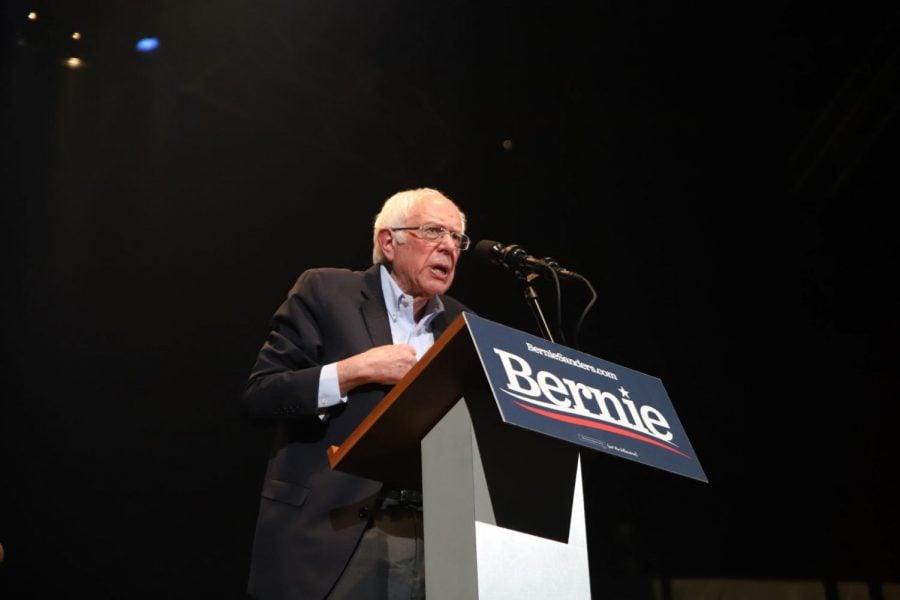 Though the biggest surprise to come out of Iowa last week was the days-long delay in reporting results, the Democratic presidential candidates still had winners and losers among them – some more expected than others. Here’s how they did and what it means for their chances in New Hampshire’s primary elections Tuesday.

Buttigieg and Sanders ended with a virtual tie; the Associated Press could not declare a winner. Buttigieg had 26.2 percent of state delegate equivalent votes and Sanders had 26.1 percent, with Buttigieg getting 13 of Iowa’s delegates and Sanders 12.

Buttigieg got a boost because he did particularly well during the second alignment, according to New York Times results maps.

Though Buttigieg claimed victory before any of the results were officially reported, that shouldn’t hurt Sanders much, DePaul political science professor Ben Epstein said.

“We expect [Sanders] to do very well in New Hampshire,” Epstein said. “The question is by how much.”

Though Warren didn’t come in first or second place, she still did better than Joe Biden, who at one point was considered a national frontrunner.

One caucus-goer at Mount Vernon High School, Brianna Strong, said she came undecided because she was struggling between choosing someone who aligns with her personal views versus someone who can beat Trump. Issues she cares about include social movements and gun control.

Warren would go on to win the precinct’s caucus with 62 members within her group.

A third-place win will not necessarily hurt Warren in the long run.

“You don’t necessarily have to win Iowa, you just have to do well,” said Nick Kachiroubas, a professor of public service management at DePaul.

Kachiroubas said he was surprised Warren didn’t come in first or second in Iowa, but said she could end up in one of those slots in the New Hampshire primary.

Klobuchar may have come in fifth, after Buttigieg, Sanders, Warren and Biden, but she still did better than expected, according to the Iowa Starting Line, a nonprofit political news organization.

She got 12.3 percent of state delegate equivalent votes – better than she was expected to do based on polling numbers.

Klobuchar also achieved viability in a diverse range of precincts, not all just in one region or demographic, Iowa Starting Line Pat Rynard wrote.

Bloomberg’s campaign strategy bypasses the early states, instead focusing on Super Tuesday, which will be held March 3 this year. More than a third of the U.S. population will participate in primaries or caucuses on this day.

After the chaos of the Iowa caucuses, Bloomberg doubled his spending on TV ads and increased his campaign staff. His strategy once seemed impossible, but is now only improbable, a Washington Post opinion article said.

The former U.S. vice president really needed to be in the top three slots and will now need to “pull off some magic” to win in New Hampshire, Kachiroubas said. Biden has struggled with fundraising in the election, and not doing well in Iowa will not help him attract more donors.

Barbara McQuiston, Biden’s precinct captain at Mount Vernon High School, said the results from Iowa are not necessarily indicative of what will happen nationally.

She was also surprised so few people were undecided going in. During a caucus, campaigns have opportunities to make their cases for why others should change their alignments.

“It feels like the ones who came out [to the caucuses] came out because they had decided,” McQuiston said.

Candidates who haven’t gained traction after the first caucus have an even longer shot of breaking into the top tied of the field at this point.

Tulsi Gabbard, Mike Bennett, Tom Steyer, Andrew Yang, John Delaney and Deval Patrick each received 1 percent or fewer votes. Though campaigning does bring them attention and can help their future ambitions, they have little to no chance of winning the Democratic nomination.